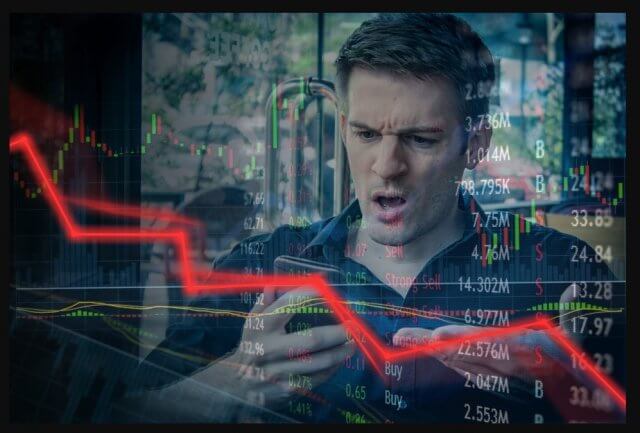 There are some things that we all do, either consciously or without us even knowing that will have a negative effect on our trades and overall trading strategies, so what are these things and are you guilty of any one them?

Getting out of trades too early: I am sure we have all done this, you are watching the trade move in the right direction, it is moving up and up but then it falters a little bit, our strategy dictates that we should wait, but in the back of your mind you think it could reverse here and so you get out, the trade then continues up and would have hit your take profit level. Getting out early just cost you a little bit of extra profit.

Fear of taking a loss: We all hate to lose, some more than others, especially if you haven’t already calculated losses into your strategy, or maybe you are a very risk-averse person. When we see a trade going in the wrong direction it is only natural that there is a little bit of anxiety that goes along with it. The difficult part though is to leave the trade, a lot of newer traders get this anxiety and will then c,.lose the trade, normally just before there is a turn in the market, you have now made a loss whereas if you followed the strategy, it would have ended up in profit. Your strategy made that trade for a reason, let it work its magic.

Adding to losing positions: This is often referred to as a grid system or Martingale, a trade is going the wrong way but you either do not want to accept the loss or you have a certainty (whether justified or not) that the markets will turn. You add an extra trade going in the same direction as your first, this is common, it can also be classed as loss chasing and is why a lot of gamblers get into so much debt. If the markets do not change, then you are far deeper into the red than you would have been without the additional trades.

Wishing things change: Sometimes, taking no action is the worst thing you can do, especially if you have not placed proper risk management, if you see things going in the opposite directions, don’t just sit there hoping and wishing that it will change, make a decision, can your balance sustain the loss or are you going to risk things, indecision can lead to further and greater losses.

Being too compulsive: The markets can be exciting, we know, but there are times when there are no trades to take. Just because you want to trade does not mean that you should, do not trade just for the sake of trading. These sorts of trades won’t be part of your strategy, you may not have even done any analysis, you just want to trade because you feel like it or want a bit of fun. Don’t do this, it will only lead you down a more gambling route and could lead to a lot of losses.

The joy of winning: Winning is a great feeling, both the fact that you were right and the monetary value that you gain. However for some, this feeling can be a bit overwhelming, in fact, it can be an addiction, if you feel this way, take a step back, allowing this to take over will result in you making additional trades that you should not be doing, these sorts of trades are not analysed, they are impulsive and will only end up in losses, gamblers often have this feeling when they win and it is why they keep gambling, so step back and have a break if you are getting a little too pumped up. Self-doubt: The strange thing about self-doubt is that it often comes when we are doing the best that we have. A few wins in a row and you may begin to wonder why you are doing so well, it must just be luck, it won’t continue, these sorts of thoughts are more common than you may think. The problem with these thoughts is that they will take away all of your motivation to continue, it will make you want to stop as you are ahead and you won’t be able to continue. If you are following a strategy, just remember that you made that strategy, you are doing well and you certainly do deserve it.

Not following your strategy: You have created a strategy, it is your strategy for a reason, so why would you think about deviating from it? Your strategy has its risk management built-in, so as soon as you deviate from the rules you have created, the riskier our trading becomes which could ultimately lead to losses that you have no justification for. Sometime sit can be boring trading with the same strategy all the time, but when it is, that is the time you should take a break, move away from the markets for a bit until you are ready to follow the strategy again.

Overthinking: Some trades are time-sensitive, they need to get taken at a certain time, but is it the right trade? Am I risking the right amount? Am I sure it is the right trade? These are all things that we ask ourselves and answering them takes up time, by the time you have answered them all, the trade opportunity has passed. So while it is good to question and analyse, sometimes you can overthink things and miss out on potentially profitable trading opportunities.

Excessive trading: Greed, it’s a common trait amongst some traders, especially the newer ones, you have a few wins under your belt and now you want more. So how do you do that? But putting on more trades, or putting larger trades, larger and more than your risk management can handle. Your strategy is built around a certain number of trades or a certain trade size, changing this up and creating larger or more trades can put your account at risk, stick to what is working and do not get greedy.

Afraid to trade: This is particularly prevalent for people who are risk-averse, people who do not like risks may find it hard to make that initial trade, especially if there is a doubt in their mind that they do not know what they are doing or if their trading strategy is not fully complete, so while those last ones would be valid reasons not to make the trade, having the doubts even with a fully fleshed-out strategy can prevent some people from making the trades. Your strategy should cover all possible scenarios, so trust in it.

You are irritable or tired: The vast majority of traders do not trade full time, they trade in their spare time after work or on their day off, unfortunately coming home from a hard day’s work can leave us tired and irritable, this is not the right time to start trading. If you are in a bad mood, making decisions is often not your strong points, it could make you rash and not follow your strategy properly, causing you to make trades that you would not have originally made. If you are feeling irritable or tired, take a rest, the markets will still be there once you have recovered.

Trading more than you have: This is a cardinal sin of trading, you will see warning all over the place, do not trade more than you can afford to lose and it is key. This will lead to other things like greed, emotional trading, lack of discipline, and more in the hope to either make more or get back anything that has been lost. The last thing you want to do is get yourself into some financial issues. If you think you would miss the money if you lose, then it is not money you should be trading with.

So those are some of the major ways that we can limit and damage our trading, some are far easier to avoid than others, but through hard work and discipline, looking after your self and your account can become a lot easier to do. These things normally centre on the fact that you are quite new to trading or the human nature of wanting more, once you have traded for a longer period of time a lot of them would not really affect you anymore, but when you are starting out, be sure to try and recognise any of the signs and stamp it out before it manages to take hold.