A quite negative week for Bitcoin and the whole market of cryptocurrencies. The dominance of BTC continues with 40% of the market but we are facing a very difficult time where the bears took more than $30 billion despite some good news from the SEC. There is a widespread fear of a loss of the important support at $6,000, which would be catastrophic for all cryptocurrencies because we would probably see a minimum of the main currency close to $3,000.

BTC starts the week above the support of $6,400 but as I’ve said previously, if there is a confirmed breakout below $6,000 this week or in the following weeks, it would be bad enough for those who keep their coins static or those called “Coinhoders”; and as we have seen, there is a direct connection or correlation between the BTC and the altcoins, so the market would be a complete red spot.

In this daily chart, I keep maintaining the position of last week where the most feasible scenario is the case of breakout below $6,400, targets to be met would be the ones marked here $5,533 and $4,711. To consider a return of the bulls, the price would have to return above $ 8,000, we’ll see what happens this week.

Oscillators are on oversold zone and EMAS pointing down.

Ripple lost 25% of its value in the last week. Since yesterday it has been moving in a narrow range between $0.5194 and $0.5384, in a quite calm weekend for the three main pairs of the top 10 of the market. We will see if the buyers try a positive rescue in the pair this week, although I see enough resistances to beat on the road.

Oscillators are on oversold zone and EMAS pointing down.

ETH has lost 19.1% since last Monday and 30% in the last month. This is not encouraging for short-term investors who have seen the pair touch two months minimums after a significant recovery that raised it to $835 last May 5.

This week begins with lateral movements in the pair and the Bollinger bands are narrowing quite a bit. We should expect an important break to one of the sides although looking at the indicators there is more chance of a downward movement than the opposite. The Asian Session just starts and we are looking forward to an interesting week in the charts.

Oscillators are pointing down near 50.

As the market is quite battered, investors are waiting for what may happen this week and if the market is going to recover in the short term, there is a lot of fear for a possible drop continuation in Bitcoin which as we know could generate a completely red market. Panic Selling could be the next word to use if the week starts bearish for the cryptocurrencies. 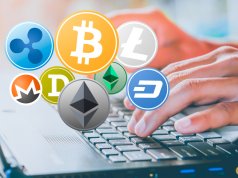 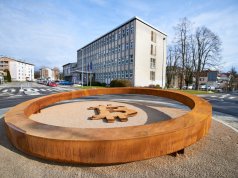 Daily Crypto Review, May 28 – “We Are All Satoshi” – Craig Wright Exposed?

The Most Simple Scalping Strategy To Trade The Forex Market!