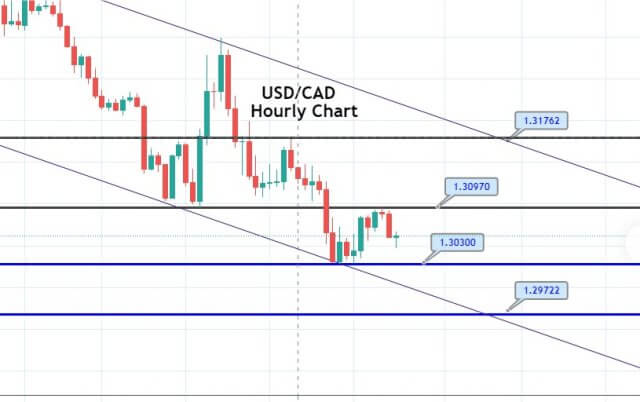 The USD/CAD pair was closed at 1.30425 after placing a high of 1.31781 and a low of 1.30280. The USD/CAD pair dropped to its lowest since 1st September on the back of U.S. dollar weakness triggered by the expectations of Biden victory in the U.S. presidential elections.

The pair USD/CAD failed to capitalize its early daily gains and fell to its two months lowest level as the selling bias surrounding the U.S. dollar intensified. The greenback was weak due to the U.S. residential Election’s delayed outcome, where Democrat candidate Joe Biden was leading over the incumbent Donald Trump.

However, the final results are yet to announce as Donald Trump has already filed lawsuits against the counting of votes in key battleground states that added to the uncertainty and dampened prospects for a big stimulus package to aid the COVID-19 hit economy. It added further losses in the U.S. Treasury bond yields and contributed to the losses of the USD/JPY pair. Meanwhile, the USD/JPY pair’s downward momentum was cushioned on the back of fresh losses in crude oil prices that tend to undermine the commodity-linked Loonie. The weak Loonie then capped further losses in the USD/CAD pair on Thursday.

The crude oil prices are expected to decrease further in the coming days as the concerns about the renewed lockdown measures to curb the second wave of coronavirus infections were increasing.

On the data front, at 17: 30 GMT, the Challenger Job Cuts for the year came in as 60.4% in comparison to the previous 185.9% from the U.S. At 18:30 GMT, the Unemployment Claims for the last week surged to 751K against the projected 740K and weighed on the U.S. dollar, and added USD/CAD pair losses. The Prelim Nonfarm Productivity for the quarter surged to 4.9% against the projected 3.6% and weighed on the U.S. dollar.

Furthermore, the U.S. dollar was also weak across the board after releasing the Federal Reserve’s latest announcement to keep the interest rates and assets purchases on the same level. This selling bias in the U.S. dollar added further losses in the USD/CAD pair on Thursday.

The USD/CAD is trading with a selling bias at the 1.3061 level, having an immediate resistance at 1.3097 along with support at the 1.3030 level. Violation of 1.3030 level can extend selling until 1.2970 level. The downward channel is also putting pressure on the downward trend; therefore, we should look for selling trades below the 1.3090 level today. Good luck!