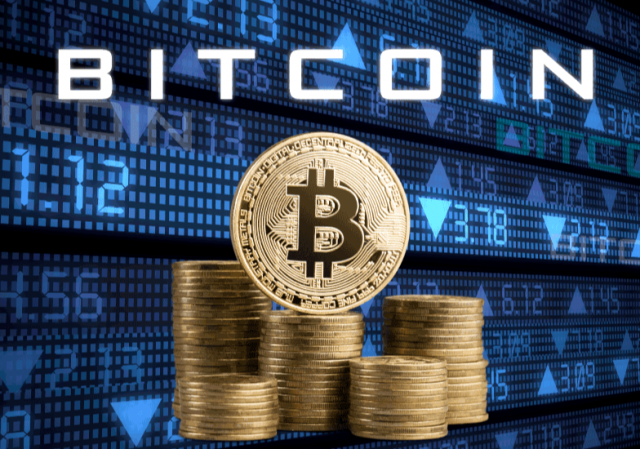 Cryptocurrencies may have crept into our daily life, but sixty-three million blockchain users vouch they are here to stay. In the world of digital money and decentralized peer-to-peer networks, bitcoin is by far the most popular of the bunch. In the past twelve months, it has achieved a colossal rise in price. No wonder all eyes are on it.

Seen as the future of global payments, bitcoin has been attracting the increased interest of institutional investors and financial institutions since the beginning of 2020.  Blockchain infrastructure and all its digital assets are already being identified as something so rooted in the present that will undoubtedly affect our future life in ways we cannot imagine.

Top US bank regulator, the Office of the Controller of the Currency recognized the need to regulate the field of cryptocurrency. An interpretative letter issued in July of 2020 finally allowed banks and federal savings associations to secure their clients’ crypto assets. The first step was adding a virtual vault to the safe deposit box as a means of satisfying their needs for financial services. If tens of millions of Americans possess cryptocurrencies, it was only a logical and long-awaited move.

In a world that moves at a much swifter pace, it is imperative that money does too. The passage of time necessary for transactions to settle via regular banking channels leads to capital being tied up and opportunities being lost or postponed. Unsurprisingly, many companies (especially trading and electronic market firms) adopted stablecoins and cryptocurrency infrastructure and they will require their banks to do the same. As a result, last year saw an eight-fold increase in the supply of stablecoin.

The increasing relevance that cryptocurrencies and stablecoin play in maximizing return on assets are another important aspects when it comes to banks adopting them. Only last month the OCC permitted banks to become nodes on any public blockchain which now enables them a substantially cheaper settlement with higher efficiency.

It was expected to happen at some point, but not this fast. Shortly after financial institutions, corporations began substituting bitcoin for cash. MicroStrategy pioneered in exchanging all of its corporate money of over one billion dollars for bitcoin. Making cryptocurrency their treasury reserve asset is explained by declining returns from cash and other global macroeconomic factors.

Financial services and mobile payment company Square, Inc timidly followed in their footsteps putting 1%  of their assets, $50 million to be specific, into bitcoin.  In the company release, they recognize crypto as the instrument of economic empowerment that provides a better way of participating in a global monetary system.

Cathrine Wood, the founder, and CEO of ARK Investment has recently pointed out that if companies in S&P 500 were to put just a percentage of their cash into bitcoin, its price would rise by $40,000. In the case of 10% of cash, it would be $400,000. Looking back at MicroStrategy’s activity, her statements simply draw attention to the way big corporations contribute to bitcoin’s new price value. The more corporate cash turns into bitcoin the greater the possibility for it to skyrocket by the end of 2021.

Other analysts and experts are more moderate in their predictions. They estimate that bitcoin will not fall below $30,000 and will simultaneously not rise above $50,000. They agree that the market will probably remain bullish. Within the past week, it rose by 2% and is currently worth $34,527.60 thanks to Elon Musk’s tweet about purchasing bitcoin after the GameStop/WalleStreetbets symbolic revolt of the retailers.

More mature companies are enabling the buying, holding, and selling of cryptocurrencies as an extension of their current services. Last year’s key event was when Paypal opened its platform to 346 million active users to trade bitcoin, ether, litecoin, and bitcoin cash via their PayPal accounts. Cash App was right behind them allowing deposits and withdrawals of up to $10,000 worth of bitcoin. Such and similar applications make bitcoin easily accessible to ordinary people. More than ever supply is going down and demand is going up and the self-imposed scarcity is driving the price of bitcoin higher.

All That Glistens Isn’t Gold – Some of It Is Bitcoin

Bitcoin is infamously volatile, but it is slowly shedding its negative image. The reason for that is its newfound support from Wall Street legends that is mitigating its dangerous side and its reputation risk. Prominent Wall Street investors like Bill Miller are changing the way we think about it, by endorsing it despite its instability. Not only does he recognize bitcoin’s outstanding potential, but he also goes as far as to say that it is the single best performing asset class and that every major financial institution will sooner or later be exposed to it in some shape or form.

Further Wall Street’s acceptance can be observed in BlackRock’s authorization to two of its funds to invest in bitcoin futures. The filings to the SEC represent this corporation’s doorway into the world of cryptocurrency. Additionally, that means that bitcoin is gaining respect.

Wall Street’s embrace of bitcoin is extremely important partly because its interest in the matter will probably make bitcoin’s volatility and valuation risks decline a little bit. Futures will also lessen in volatility. In addition to Wall Street, bitcoin is increasingly getting adopted by various insurance companies, pension funds, endowments, potentially even central banks. They are all coming on board that this is a digitalized form of gold, a hallmark of the world gone digital.

Gold has always been considered a safe haven of assets. It is an infallible indicator of the state of the global economy and the preferred asset of the monetary system in times of crisis. The growth of global debt, decrease in GDP levels and quantitive easing in a pandemic-stricken world have been keeping the price of gold on an upward trajectory for some time. Those trends are more likely to accelerate causing gold to consolidate the bull market.

If the price of gold has been ascending, the price of bitcoin has been spiraling. Although gold is a proven and more stable store of wealth and value long term, bitcoin will continue to outperform it. If you find yourself drawn to gold on account of its stability, diversify and add some bitcoin to your investment portfolio as well. In the words of Bloomberg Intelligence Senior Analyst Mike McGlone: “I see gold positions somewhat naked if they’re not paired with some bitcoin because bitcoin is the new version of gold.”

In terms of wealth preservation gold has traditionally been a way to sustain wealth. It has remained a symbol of prosperity throughout the history of civilization. Gold is a rare resource, difficult to mine and extract. This adds to its value and makes it a prudent and reliable choice to store wealth.

Bitcoin also has to be mined, but it requires far less manpower. If we speak of scarcity, it is even rarer than gold with its limited supply of 21 million Bitcoin. If we look at its ability to preserve wealth, two main features stand out: its ability to protect our wealth from governmental intervention and its capacity to preserve it in the event of fiat-currency monetary system breakdown.

Bitcoin enthusiasts are making the case that bitcoin is a better bet than gold for long-term wealth preservation, but it is terrifying for many investors to put a million dollars in bitcoin as we have no way of knowing where it is going to be ten or twenty years from now. Perhaps we should start with 1% of our investable assets, but as the world is going digital bitcoin may yet come into the mainstream.

Gold has proven itself in the course of history, but it remains to be seen whether Bitcoin will outshine it.