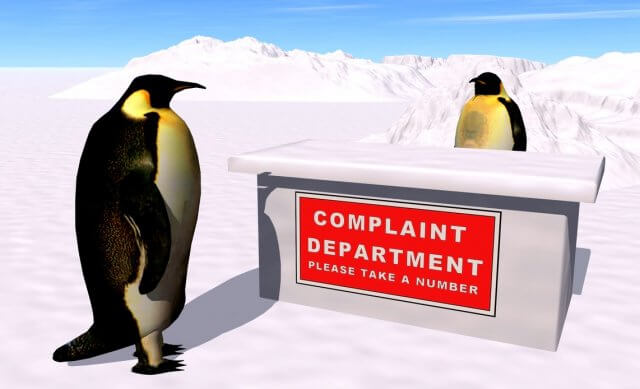 There are a lot of people that like to complain about things when it comes to trading. Some of them are genuine complaints, while others are pretty funny to look at and are clearly made up in order to try and justify the reason why they have lost some money or to cover up their misunderstanding of what it is that they are actually doing. Today we are going to be looking at some of the most hilarious complaints that we have heard about trading forex.

One of the best that we have heard and we have heard it quite a few times is the fact that there are people out here that are claiming that forex trading is fake. That the entire system that we use is fake, something made up by some people in order to take all of our money. That million of traders are all falling for something that isn’t even real. You can probably tell how silly this is, and yet people still complain about it. They complain that forex even exists.

While we can see their point of view when it comes to certain things, like the people promising ridiculous income or the fake brokers, calling the entire industry a trillion dollar industry fake is just a little on the absurd side. Normally when there is enough proof out there to clearly show that something is real, the people claiming it to be fake often stay quiet, but when it comes to forex trading, they like to be vocal, which ultimately just ends up making them a spectacle to be laughed at.

Look on social media, you will constantly see people telling others to stop because it is fake, completely ignoring the fact that the people they are telling to stop are actively trading the thing they are calling fake…

“My Strategy Was Right…The Markets Were Wrong.”

There are some very stubborn people out there, some that seem to think that everything that they do has to be right. This could be a form of narcissism where someone is completely on their own side, they know best and they are right. We see people basically telling us that the strategy that they have used is right, the trade that they put on should be a win, but it ends up losing. Is this their fault, no, a good strategy will still have losses, no matter how good it is, but when you start to blame the markets, saying that the markets are wrong, it just gets silly. The markets are not wrong, they never will be, you are trading the markets, the markets aren’t moving for you If your trade loses, it is not the jets fault, you just put on the wing trade you need to accept that, but that is something that a lot of people do not seem willing to do.

We have seen the complaints of someone asking why the markets didn’t move up. They had placed a trade and it should have gone up. They just couldn’t accept the fact that he did not control the market.

“My broker scammed me!”

We Have to make it clear – for some, this could actually be true. There are some very underhanded brokers out there that are created for the simple reason of taking your money. Yet we see people shouting about being scammed by some of the major brokers, the biggest and most trustworthy brokers. When in reality, they just traded badly and lost their money, but of course it is not their fault, it is the brokers fault, using foul play to take their money. If you are to ask them for evidence of this, the only thing that they can ever show you is their blown account or some losing trades, which only confirms the idea that they traded badly, nothing to do with the broker. They very very rarely have any proof that the broker did wrong, making their excuses and complaints pretty pointless and worthless.

People have complained about brokers calling them up and asking for more money. They have then paid them, only to never see the money again. We are not sure how you can complain about that. If that happened to us, we would be keeping our mouths shut out of embarrassment.

“There is too much info out there.”

There is a lot of information when it comes to forex trading. The good news is that you do not need to learn about all of it. In fact, you probably don’t even need to know even 5% of it in order to be a very successful trader. There is loads of stuff when it comes to trading that we know very little about, that is not a problem. Yet some people come into trading forex thinking that they need to know everything, that if they do not learn it all they won’t be able to be successful. They see all the information that here is and decide that there is too much, complain about it and then leave. Yet they do not want to listen to the answers given to thm which clearly tell them that they don’t need to learn everything, instead they simply want to complain rather than actually giving it a proper go.

One of the best complaints we’ve read was when someone claimed to have spent hours learning everything they can, but they still didn’t understand what a PIP was. When asked if they had looked it up and they simply answered no, stating that there was too much other information clouding their ability to find the answer.

“It costs too much.”

Trading forex costs a lot if you lose, that is the simple fact behind it. Some traders are fixated on using just one or two brokers that they may have used before or that were recommended to them, these brokers may require a larger deposit in order to start trading with them, but not all brokers do. There are some very good brokers around that allow you to open up an account for as little as $10, making it very cheap and very accessible. Of course you won’t be able to make much with that amount and it is easy to lose it, so it is recommended to have more, but the opportunity is there and it does not cost much. Some brokers also offer larger than usual commissions or spreads, something that you should avoid, but you can certainly find ones that offer low deposit limits, low spreads and recent commissions. Yes it costs money to trade, and the more money that you have the more you can make, but it is certainly not costing too much to trade at all.

We have seen complaints from people saying they need $10,000 to open an account and that they are being charged $20 per lot traded…The solution is simple. Choose another broker, there are enough of them out there.

Those are some of the complaints that we hear quite a lot. Some of them are legitimate, however, they are more often than not blown vastly out of proportion, to the extent where they just become ridiculous and you can’t do anything but laugh at them. We are sure you have heard some of them and we are sure that you will hear them again, that is just the nature of people and forex trading.