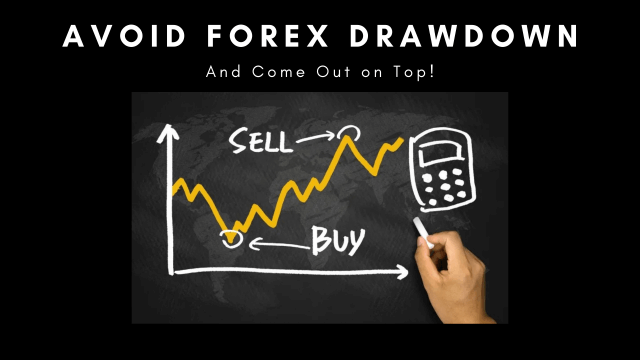 Drawdown is an extremely important benchmark of one’s development as a forex trader which is why it is the topic of today’s article. Shortly defined as an investment or fund decline, drawdown is in fact a much broader term that requires additional attention. While definitions range from less to more detailed, they generally confirm one thing – that drawdown is an important element for performing account measurements.

The challenges concerning this subject do not truly stem from the inability to understand what the term essentially represents, but they do have a lot to do with its scope. The existing variations anyone can find on the internet may not do enough justice to the topic of drawdown and, thus, forex traders as well who want to do things the right way. Due to these nuances in interpreting drawdown, we are exploring how to properly measure it and set some healthy boundaries in order to fight vagueness, prevent future problems, and boost traders’ careers right from the start.

Some definitions state that drawdown is the loss expressed in percentages that one has taken over a specific period of time. Therefore, should an individual’s account drop from $50,000 to $48,000, it could be interpreted as a 4% yearly drawdown. Nonetheless, what would happen if a trader only had experienced wins in the beginning, without ever going below the initial $50,000? This question is both interesting and necessary because the odds of backtesting and forward testing processes being predominantly positive experiences are not that low at all. This further makes the initial definition void of depth, as it is likely to mislead those curious to improve their trading and accurately measure their performance.

If any trader is offered an opportunity to trade on behalf of another individual, receiving an exorbitant sum of $2 million as a part of the deal, what is the right drawdown percentage that he or she should offer on their end? Interestingly enough, if the trader suggests a 0% drawdown, the investor will probably walk away, feeling that the other party is trying to pull off a scam. The reason for this likely scenario lies in the differences in understanding how to calculate drawdown. Therefore, we will not see drawdown as a percentage of an account’s total number of losses but as the number of drops a trader experiences at any point in time within a year.

This piece of information is something any investor would like to know in advance so as to properly assess the likelihood of growth and the overall progression. Hence, if you state that your value equals zero, you would come off as fraudulent and insincere, if not even silly, because the big players understand the natural oscillations of the market, accepting the decline as part of the game.

Most investors will always be interested in discovering what maximum peak-to-trough decline is, so the right question to ask oneself would be as follows: What is the highest percentage you have ever lost before you started to win again? Your account may go from $50,000 down to $49,000 only to go back up to $53,000 and drop again to $51,000, which then points to a drawdown of $3000 or 5.5% as your maximum account declines. Aside from this piece of information, those in demand of your trading services may also be inquiring about how much time it took you to recover the drawdown, so you may want to start recording this data as well.

In addition to proper measurement and interpretation, traders may be curious as to know what acceptable or appropriate drawdown may be. For example, if a person spirals down from $50,000 to $40,000, we are talking about a staggering 20% drawdown, which would require skills better than those Warren Buffet can offer. In this case, one would then need to achieve a 25% return just to reach break-even, which is not only practically impossible but also points to a bigger problem in the person’s trading system.

If someone manages to experience a 20% drop, this should immediately signal that their risk management is out of control. This further points to a very real possibility of a trader wasting away all of the client’s money, which is opposite from their requirement of receiving a consistent return each year. If you are currently experiencing a similar problem, it is time you stopped trading and started to reevaluate in order to make some important conclusions. On the other end of the spectrum, a drawdown that we can find to be acceptable is that which equals up to 10% at any point in time, understanding that if the limit ever goes beyond this value, you will need to look into what caused the major losses in the first place.

The process of striving to make things right is crucial for trading in every way possible, and if a trader is capable to stop and isolate each case where he/she could have done better, the prospect of minimizing future losses is immediately boosted. You may discover here how your volume indicator has been misleading you or how your exit indicator is not telling you the best possible time to exit, so any attempt to improve will inevitably lead to debunking false beliefs that caused poor judgment and the drop in the account. An additional piece of advice that each trader should take into considerations is related to the time and testing ratio – we need to go back and forth with testing and not be impatient or superficial because the amount of time and focus we assign to our testing will be proportionate to the success we get afterward.

You will also find that some forex prop traders who boast about their experience in trading currencies online came forward with their less-than-glorious experiences with some other markets, where their drawdown almost reached 10%. These testimonials are exceptionally valuable because we get to learn that developing a new system, or improving an existing one, takes a lot of adjustment and patience as well. While we can all make mistakes in trading, it is absolutely necessary to understand where these problems stem from, despite how grave or minute they seem to be.

Last but not least, it is of vital importance that all traders take the standpoint of trying to always minimize the damage because no matter how great your wins can get, it is your losses that hold the power to destroy your account and possible business deals. Therefore, whether you are a beginner or an experienced forex trader, always aim for a maximum drawdown of 10% or less at any given point. While people at the beginning of their trading careers may be more aware of these numbers, this topic is in fact relevant for all traders, regardless of the width of their portfolios or their capacity and skill range. While measuring may pose a challenge for some, understand that the willingness and ability to correct what is faulty is your one way to experience the lucrative side of this business.