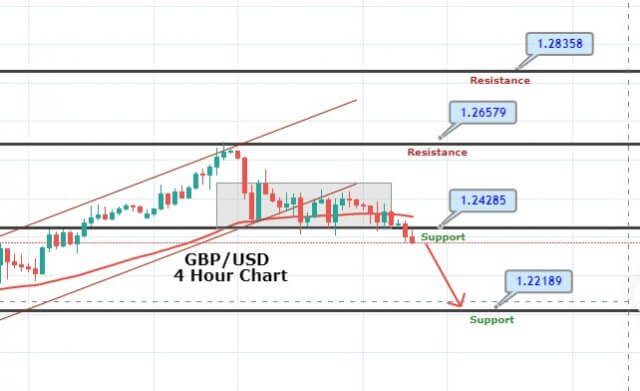 The GBP/USD prices are on a bearish mode, falling from 1.2400 level to 1.23700 area. Overall, the pair was supported around 1.2400 zones, but since this level is already violated, the Cable has strong odds of falling further until the 1.2290 area.

Sterling is getting weaker on the back of Brexit trade negotiations, which have been resumed. These should include another dimension to British Pound trading over the following weeks, with one economist saying markets should “fear” an initial July 01 deadline.

The United Kingdom and Eurozone have until July 01 to allow to prolong the transition phase, which is expected to run out by year-end to reach a free-trade plan. In case, no such extension is granted, economists warn the Pound could come below significant pressure throughout the second half of 2020.


Technically, the GBP/USD pair is trading at 1.2350, and it’s a good thing as we already entered the market at 1.2383 level. The reason behind entering selling trade is the breakout of the sideways trading range of 1.2400 – 1.2500, which got triggered after the release of worse than expected employment report from the United Kingdom. We have placed take profit 1.2323 with a stop loss of around 1.2443.