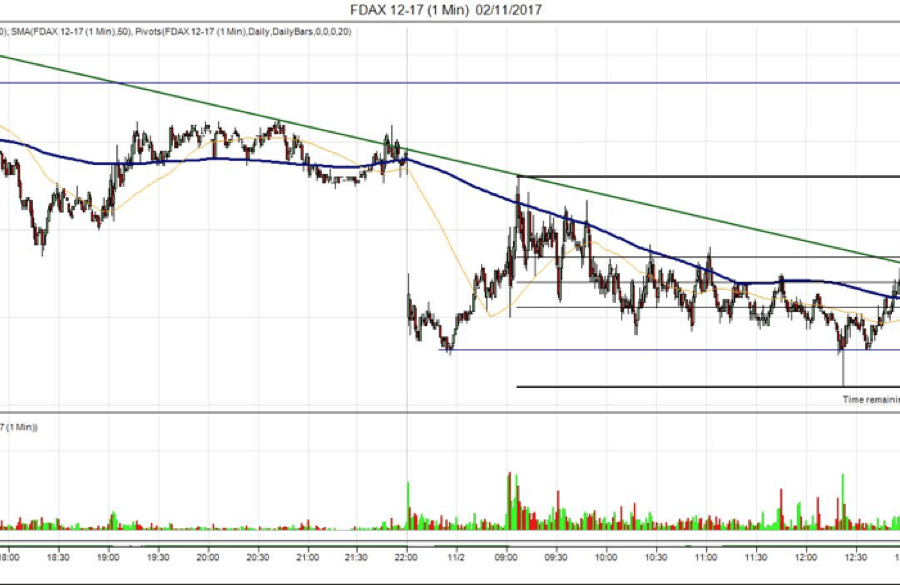 There are a great many intertwining variables that influence the current state of the economy at any given time; such as unemployment, wages, internal production, investments and many more. But with all of them, it is the expectations of people, and investors that generate certain effects, that explain the behavior of some of these variables and which will affect future conditions. For example, if people expect future interest rates to be higher, they will consume or ask for more loans in the present because in the future it will be more expensive to consume. But without rising interest rates, consumption varies today due to expectations. Another example is the expected interest rates in a country, depending on these expectations the investors decided where to place their capital without waiting for this to happen.

The economy in its short-and long-term models must consider the expectations of consumers, companies and all representative agents within an economy. To consider the subject of expectations first the interest rate variable must be introduced. Interest rates expressed in units of a national currency are referred to as nominal interest rates and these rates appear in newspapers and financial pages. Interest rates expressed in a basket of goods are called the real interest rate and are called that because it is beyond inflation and reflects the cost of acquiring goods that will be consumed by people, what is truly important.

The bonds issued by a country are differentiated in two aspects: their risk of default and the time of their pay. There are some bonds that have better coupons than others, which are riskier by defaults and that ends up affecting the price of bonuses. But for economic purposes, this part of the article will focus on the bond term. Bonds with different times of paid have different prices and different interest rates that will be called yields. The yields of short-term bonds, usually a year or less, are termed short-term yields and, if the bonds are more than one year, they are called long-term yields.

The interesting thing about analyzing the bonds is to determine the curve of the yields and the relationship between short-term and long-term rates. The price of a one-year bond varies inversely with the nominal interest rate at one year that is in effect at the present. The price of a two-year bond depends both on the interest rate to a current year at the present, as well as the expected interest rate for the following year. The interesting thing about analyzing bond prices is that bond yields contain the same information about future interest rates as the bond yield curve fully reflects the agents ‘ expectations of the economy of a Country.

To begin the analysis, a term performance must be defined; The term yield of a bond to N years, or in other words the N years interest rate is the constant annual rate that makes the current price of the bond equal to the current value of the future interests generated by this. By examining the yields of the bonds at different times, we can deduce the expectations of the financial markets on future short-term interest rates. For example, if you want to see the expectations of the financial markets in one year you should observe two-year bonds which have included expectations about the interest rate that will be at the end of the year and observe bonds to a year of maturation.

When the yield curve has a positive slope is when long-term interest rates are higher than the short-term, financial markets expect short-term interest rates to increase in the future. When the yield curve has a negative slope long-term interest rates are lower than those of the short-term, but markets expect this situation to change and short-term interest rates fall in the future. To observe market expectations during the crises of 2000, 2007 and others, it is interesting to observe the curves of the bonds of the countries that reflect the expectations of the financial markets and the decisions that were expected to be taken by the banks Central. It is important to note that the interpretation of performance curves only focuses on expectations and in most cases the decisions of banks and market agents are unpredictable. In the following two graphs you can see the bonus yield curve. In the first graph, you can see a bond of Colombia and in the second is the types of curves of yields.

Leaving the issue of bonds aside, the behavior and expectations of consumers and businesses will now be analyzed. These two market agents always respond to their expectations about the future. In economic models, you have a consumer who is extremely far-sighted about the future so consumers will always be thinking about what affects their consumption in the following periods. While not all consumers are like that, in reality, it is a simplification that helps to understand the formation of expectations and how they would respond to an external shock.

To understand consumption decisions, it is essential to take an intertemporal perspective because what a consumer spends and borrows today will impact their future consumption. It is assumed that individuals are rational but in the models, it is assumed that the individuals are identical to simplify the models. According to the theoretical models, consumers are very sensitive to variations in income. An explanation of this is that credit is not available to the whole population so if income disappears or decreases it will have an immediate effect on consumption as there would be liquidity restrictions. Or in another example, before the tax rate reduction is announced soon, consumers can anticipate a future increase in their income because consumption will increase at the present. These effects on consumption depend a lot on the type of agents that there are because in some countries there are more wealthy people and they do not have liquidity restrictions when compared with another country where much of the population have problems to access to credit or income is very low.

Consumption probably varies more than the current income. For example, if you have the expectations that the decrease in your income is permanent your consumption will fall in the same proportion. But if the consumer believes that the effect is transient, they will adjust their consumption less. In a recession, consumption does not adjust to the same magnitude in which the income decreases because when a rational consumer knows that it is a temporary shock and the economy will end up retaking its natural level of production. The same happens during the expansions since the rent can increase but it is not proportional to the increase of consumption because it is a momentary shock.

It should be considered that consumption probably varies, although the current income does not vary. Presidential elections, changes in Congress, or changes in people’s expectations of the performance of the economy or international relations can affect consumption without the income being affected. Even some recessions are exacerbated by people’s expectations of a crisis greater than that which exists

It will now be analyzed how companies make their decisions depending on the expectations they have. As mentioned earlier in this article investment decisions by companies depend on the real interest rate differently from the way people do in considering the nominal interest rate. Corporate decisions also depend on household consumption, sales, and expectations. A company when it is going to invest in machinery and capital to develop its activities more efficiently must make a comparison. The companies must first calculate the expected value of the benefits that the acquisition of that machinery would bring, and then compare this to the costs incurred in buying that machine.

In short, if the company believes in its expectations that the benefits in the future will be greater than the costs of its investment, then it will decide to invest. The higher the actual and expected real interest rate, the lower the expected value of benefits and this will reduce the investment the company makes. The sum of the real interest rate and depreciation is called the cost of capital use and they have adversely affected the investment decision of the companies.

If a company experiences an increase in sales that is believed to be permanent, the expected value of the benefits will also increase what will lead to an increase in investment. But it’s similar to what happens to consumption, the investment does not respond in the same magnitude as sales as the investment is not continuous as can be the consumption. Once a new technology has been implemented, the company has no incentive to continue investing beyond a certain equilibrium point. That is why it can be concluded that investment is much more volatile than consumption, although they respond in the same way to external factors such as recessions and economic booms.