The EURUSD pair has had a very interesting run over the last 36 hours. After 3 attempts to crash through the 1.1525 key level, this turned into a floor and caused the Bollinger bands to narrow on the 1-hour chart culminating in a break higher, possibly as a result of the political tensions easing in Italy, albeit temporarily. The market reaction was a bull run where again the Bollinger bands narrowed at the key 1.1650 area, again causing a floor at this level before the pair broke out to reach a high of 1.1724.

On both occasions, traders took advantage of the Bollinger band squeeze and piled in on the breakout! This, coupled with an easing of the USD and very likely month-end rebalancing come into play also. 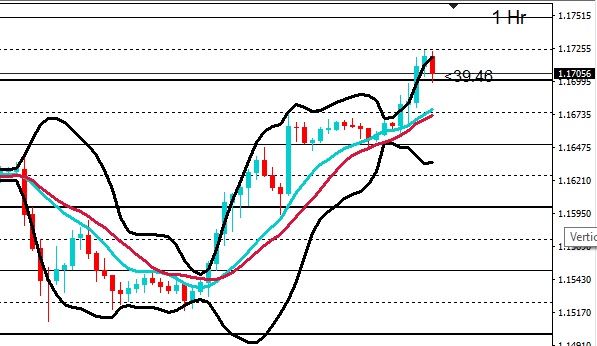