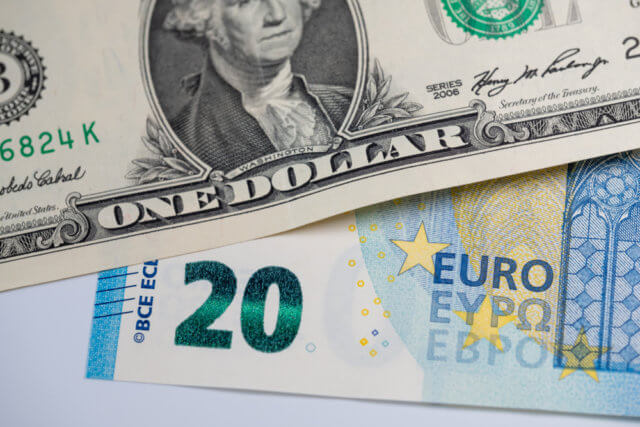 On the forex front, the British pound bounced 0.9% to $1.3103, the highest close since May. Polls suggested a majority-win by Prime Minister Boris Johnson’s Conservative Party in the general election to be held next week, which could clear political uncertainty over Brexit. Meanwhile, the Markit UK Services PMI for November (final reading) was released at 49.3 (48.6 expected).

The EUR/USD currency pair hit the multi-week highs just above the 1.1100 level, mainly due to the poor ADP data result. As of writing, the currency pair currently trading near the 1.1090 and consolidates in the range between 1.1067 – 1.1115.

The ADP showed the US US private sector added ‘just’ 67K jobs during last month, coming in well below estimates whereas the November’s print was also changed a tad lower to 121K (from 125K).

Looking forward, all eyes will be on I.S.M. Manufacturing for November, which is due to come out later in the NA session.

Eventually, the pair has stuck above the critical barrier at 1.1100 due to the continuous weak sentiment in the greenback and the intensified Sino-US trade war.

IHS Markit reported that today’s data signals 0.1% GDP growth in the last quarter of the year, with manufacturing creating a notable resistance. While today’s figures steadied a bit from the previous reading, the numbers are at the lower end of what’s been reported over the last five years.

The European traders are waiting for the GDP and Retail Sales data, which is due in a couple of hours. With an improved level of uncertainty, the greenback is getting weaker, which is why the EUR/USD is trading steadily in a narrow range.

The EUR/USD has immediate support is near mid-1.1050 and is closely followed by the 1.1075 horizontal support mark. Considering the recent crossover on MACD, the pau may trade bullish above the 1.1070 level today.

The GBP/USD currency pair remains to flash green and hit the seven-months highs near the 1.3100 in the last trading hour. That happens after the incoming polls have hit a majority for the United Kingdom Prime Minister Boris Johnsons ruling Conservatives Party at the upcoming snap election, which is listed to occur on December 12.

It should be noted that the bullish sentiment in the pair did not take any effect by the weakness in the greenback, supported by a sharp intraday upward movement in the US Treasury bond yields and some positive trade-related headlines. Moreover, the report came that the United States and China are moving closer to a deal before the December 15 tariff due data.

The GBP/USD currency pair will likely be trying to improve the 1.3100 round-figure marks, although slightly overbought sentiments on intraday charts warrant some attention before initiating any new bullish positions. Market traders now look forward to the US economic docket, highlighting the release of ADP report and ISM Non-Manufacturing PMI, for some short-term impetus.

The GBP/USD’s bullish trend continues to dominate the market, and the pair is consistently heading north to test the initial resistance level of 1.3195. A bullish breakout of this mark can drive buying until 1.3335, the double top resistance level.

The AUD/USD pair flashing red and currently trading near the bearish range of 0.6853, mainly due to the intensified trade tension between the United States and China.

As of writing, the currency pair failed to continue its recent bullish streak and unfortunately came under pressure, as we know the pair registering 2-consecutive days of bullish streak in the wake of softer Austrian macro data.

Apart from this, Australia’s GDP growth slowed to 0.4% during the 3-months to September as compared to the previous quarter’s upwardly revised figures of 0.6% and worse than 0.5% expected.

At the Sino-US front, the overall sentiment on the AUD/USD currency pair affected mainly by the United States and China trade deal uncertainty. It should be recalled that the United States President Donald Trump said that the trade deal with China would likely not happen in 2020. As well as, the US US Congress on Tuesday overwhelmingly approved a bill condemning China’s mass detention of ethnic Muslims and called for sanctions against some officials responsible.

The AUD/USD currency pair left its recent bullish moves, and bearish sentiment remained strong so far, despite the weak greenback. Because investors continue to digest the latest trade developments, the greenback buyers remained on the defensive track, avoid a modest uptick in the US US Treasury bond yields.

The AUD/USD is trading slightly bearish to achieve 38.2% Fibonacci retracement at 0.6820. Over this, the Aussie has produced a series of bearish candles that are suggesting chances of a sell-off in Aussie.