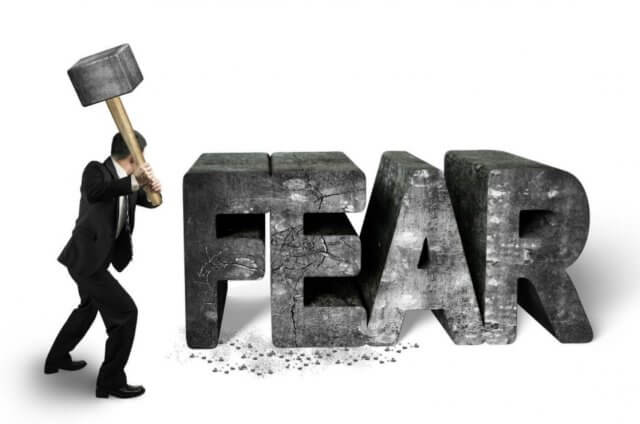 If you’re human, there’s no doubt that you’ve worried or felt anxious about things that affect your everyday life from time to time. This is a completely normal human emotion that often affects forex traders as well. When our hard-earned money is on the line, it can feel impossible to avoid becoming worried about losses or to generally doubt that we’re on the correct side of the market.

Every trader has been there at some point, regardless of how successful they seem to be. After all, we’re all human, and none of us can be a 100% emotionless robot trading machine (wouldn’t that be nice!). Although worrying about these things is normal, it can become overwhelming, especially for those that are prone to over-worrying in general. This is why it’s important to learn to manage your anxiety and to find ways to use it to your advantage so that you can avoid the negative consequences that come with it. After all, that’s why we’re here.

The Reason Why Fear is a Problem for Traders

Every forex trader makes the decision to open a trading account on their own, yet the fear of trading is one of the most common trading-related problems out there. So, what gives?

Consider someone that is getting pulled over for speeding. Initially, they might have been enjoying the breeze, in a hurry, or they may have assumed that they wouldn’t get caught. Yet, the sinking feeling sets in as soon as they see the blue lights behind them…then they start thinking of the headache to come with speeding tickets, court, or whatever consequences are coming. This is similar to how it works with traders. They feel excited and aren’t as worried in the beginning, but the consequences and potential losses that can affect them once they’ve opened their trading account suddenly come into play once everything becomes real.

When fear manifests itself in forex trading, it can cause us to make mistakes like pulling out of a trade too early. For example, a trader might do everything right and set up a trade based on solid analysis and facts, then they hear an unfounded rumor, and rush to exit the position. In the end, the rumor never comes true and the trader could have simply stayed in the profitable trade. This isn’t just a one-time occurrence – many traders find themselves in a never-ending cycle of making bad trading choices because they allow themselves to become overly anxious. Another way that anxiety can manifest itself is by keeping traders from entering positions altogether. Obviously, if you never enter a trade, you’ll never make any money, while you’ll walk away with less money if you exit trades too early.

How to Overcome Your Trading Fears

The good news about fear is that a healthy dose of it can be helpful to traders in the right context. It’s important to consider rumors you hear, to be prepared in case things do move against you, and to pay attention to news events in case things go sour. If you jump into the market with too much confidence and you don’t pay attention to these things, you’ll be worse off than you would have been if you were too careful. It’s important to find a balance here so that you can make the best decisions.

One of the best things you can do is to figure out what it is you’re really afraid of. For example:

Whatever your fears may be, you can take steps like the ones above to help take some of the worries off your shoulders. Even though it is human nature to feel anxious when you aren’t sure of the outcome, keeping a positive mindset, trusting your trading plan, and taking important steps to overcome your trading fears are some of the most basic steps you can take to overcome trading psychology. We’re all prone to being fearful of certain things in life, but it is important to learn to keep your emotions in check while you’re trading so that they don’t wreak havoc on your profits.