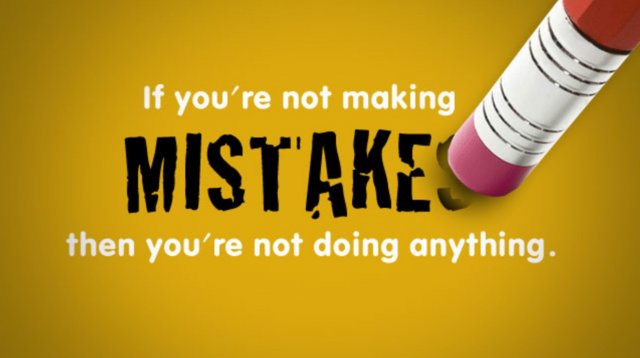 Probably a lot of you know how to drive. If you don’t drive, surely you can find some similar perceptive-motor technique that you have ever mastered-cycling, skating, swimming, etc.- If you remember the first time you tried to master the technique, you will discover many things that you had to attend to at the same time.

The hands did several things -to handle the steering wheel, the gear lever, the turn signals, the lighter, the radio…at the same time they had to pay attention to what the feet were doing, responsible for a complex task in which space-time coordination was fundamental -accelerator, clutch, brake-. All this complex network of coordination was only the beginning of the task since outside there were the keys to “good driving”, the awareness of traffic, the state of the road, traffic lights, pedestrians…

Narrated in this way seems an “almost” impossible or at least extremely difficult task, and yet, with the passage of some months and the accumulated experience, what does that task become?

The key to such a change in effectiveness, in performance, in dexterity for the development of the task is, as you may have concluded, in “experience” and in an appropriate process: “the path of learning”. It is not a skill that requires a very sophisticated technical qualification, rather they are simple gestures “accompanied” in a “harmonious” way. A beautiful and precise dance -sure that once they have felt it, the publicists of BMW know it- in which everything “flows” without resistance, and that makes us “enjoy”.

The easiest way to acquire any skill is to practice small fragments one by one, just as we learned the task of driving a car, what is needed is to organize the task into small elements or parts, in order to practice each part to the point of turning it into an “automatic”, “effective”, “unconscious” activity, this allows us to devote “attention” to other possibilities, other components of the task. Subsequently, we can practice these new elements until they also reach the same category of automated motor pattern to which we do not have to pay any conscious attention.

When I met Alfredo Rodriguez, I was immediately struck by the enormous amount of perceptual resources available in the task of trading, even when it came to speculating on a 1 min chart. On a product like Dax. For my work in the virtual consultation, I have had the opportunity to know many “styles” of trading, many tempos, many ways to live the pressure or fear.

We have worked for a long time on these elements, always trying to answer a key question:

What are the right tools to achieve these automatisms?

How to get an approach to trading with plenty of available capabilities?

How to enable the existence of surplus resources that help us maintain flexibility and mental agility, at levels that allow us to make appropriate decisions in tenths of a second?

We have set up a “virtual consultation” where, as a “laboratory”, our clients “investigate” the essential bases of its characteristic structure, an unavoidable preliminary step if we aspire to the creation of “custom” instruments, individually optimized. Unfortunately, there are no “universal recipes”, simply because “control”, “stop”, “fear”, “risk”, are words that take their content from the deep roots of the human being, each of us recreates them and gives them meaning by always drinking from the source of their history, of his fantasy, of his own existence.

G: Could you list the mistakes you feel you made?

X: Precipitation, entering the market without analysis (of any kind), not holding the position -that is to say, getting well and rushing into closure-, in general when I am inside I become obfuscated. Lately, I can’t stand anything, for or against, but much less for.

G: You go in compulsively?

X: Yes, I often enter by entering, I get very nervous. The worst thing is that before the losses increase the trade and everything is even worse. Now I have started taking Seroxat, I had never taken antidepressants until now, I was used to solving things differently.

G: Could you look for an image or a descriptive metaphor of how you feel?

G: Perfect, keep developing that image, how is the game? , how does it develop? , where is it going?…

All of you can imagine the possibilities of a mouse facing a playful cat and understand what is the most likely development of such a game. From our point of view, Mr X’s trading will be marked by this way of “feeling” the market, his subjective “perception” of trading creates -perhaps unknowingly- a whole “script” of what happens and what will happen until that script is modified.

That unspecified “text”, that way of living the market, the system, the times, the minutes with which one works, the indicators and signals are chosen, absolutely everything will be “catalyzed” by this special way of “seeing” and “feeling” markets.

G: It’s very important that we understand your “script,” what the spurious elements are. We have to check your “backpack” and identify the heavy elements that are not absolutely necessary and that activate those self-destructive “messages”. Look in your memories for a message repeated by your parents, friends, family…

Y: I remember that many times they told me not to try hard in the studies, I was not going to achieve anything…

G: How does that make you feel?

Y: Well, I think it influenced a lot that I didn’t try hard in his day, today I regret not having done it, but it’s already late… Thinking about this that you are proposing to me, I perhaps looked in the markets to show them all that they were wrong, that I am worth it, that I can do great things like for example make a lot of money in this.

G: Some kind of challenge?

G: And you think it’s the most correct position to build a profession? To do it out of spite?

Do you think resentment and anger will help you build a “healthy” role?

Y: Well, now that you mention it, I’m sure I don’t… In fact, I threw myself into the adventure without knowing anything of analysis, or means, indicators, anything at all. I was going with the bald price go. Talking to you gives me the feeling I started the house off the roof.

G: Why do you think that 90% of the people who start with this leave-ruined-the first year? There is a superb gesture in that, people come with the whims of a winner, believing that without training and without personal work can beat people who have been living on this for 30 or 40 years.

And: It is true, sometimes we sin of too naive in that sense, in that gesture, we are signing our sentence of ruin.

G: In what you were saying before the “rebound”, that “these are going to find out what I am capable of”, they take you to a somewhat “sinister” place. Your professional role as a trader is joined by an “immense” and heavy slab that you carry inside. That doesn’t depend on the market but on yourself. It’s an added challenge.

Y: I think I understand, it’s like I have the enemy at home.

G: That’s exactly it. On many occasions, there is an internal struggle with maternal or paternal messages, which is not explicit, but which is “marked” with fire in a very deep place of your mind. You end up living to “fight” with that message. Did you see the movie “Leolo”?

G: One of the protagonists is mistreated by a group of boys. From that day your life becomes a tireless race to make your body a perfect machine, weights, exercises… through tireless work you get a spectacular musculature. Many years later, already with a tremendously muscular body, he meets the same group of guys again… Do you know what happened?

And, He took revenge on them, I suppose.

G: They poked him again. His body was huge, his muscles seemed powerful. But his inner “message” remained the same. It was not an external force problem, but an internal one.

Y: I understand. And what can you do to correct those scripts?

G: Here we are, the first two exercises that I send you, are aimed at unmasking these messages. As you can see they are very simple exercises of execution but you will discover that they are very powerful if you respect the minimum rules. Constancy and patience.

Recently, I had the opportunity to work with a trader that I call “brilliant” in his technical training, in his analysis, in his way of reading the markets. His problem is that he “fails” over and over again on procedural tasks. After an excellent analysis he decides, for example, that he has to adopt long positions, and when entering the command in the TWS, he opens shorts, when he realizes, he enters a state of confusion that blocks him and prevents him from closing the open position by mistake, That makes it maintain a position that accumulates more and more losses.

When we worked on this problem, something obvious became clear to the naked eye, we are simply “boycotting ourselves”. We know how he does it, the most urgent task now is to know why?

Our proposal is a multi-level work:

At the deep level: give “permissions” to all internal folders that may be impeding good performance in the market. Detect the “gestures” and “routines” that hinder the development of a good “role” of trader -impatience, lack of discipline, impulsivity, fear, blockades-

At the technical level improve market analysis and advantageous positioning resources. It is about starting a path that should not only lead to knowledge of the markets but, more importantly, to self-knowledge. The market is a great teacher if you can hear it.