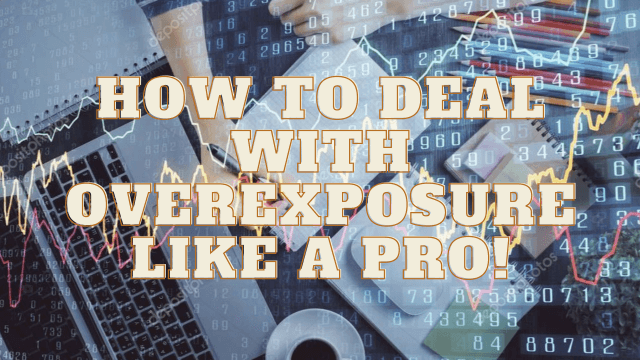 Risk management in forex is of extreme importance and traders around the world have often struggled with overexposing themselves in one currency. We will address this issue using our trading system as a practical example. Exceeding the 2% risk limit (according to our risk management using our algorithm structure from previous articles) without having any awareness of how these oversights occur is almost every beginner trader’s mistake. These scenarios are frequently driven by a news event or some other occurrence that affects the specific currency they are trading, which consequently leads to an enormous loss. These losses can at times be so grave that they completely extinguish a trader’s account or erase several-month-long work despite traders’ initial efforts to maintain the risk at 2%. Interestingly enough, it typically happens that most trader’s individual trades are properly set at 2% when the exposure to only one of those currencies turns out to be increasingly higher. Today we are going to assess risk from several real-life situations and discuss them in order to gain some insight into how to manage risk better.

Imagine a situation where a trader who is already going long on EUR/USD gets a new signal somewhere along the line to enter a new trade and go short on EUR/GBP. The trader does not ask any questions and enters the trade as the system suggested, setting the risk at 2%. Naturally, if the system has been properly tested, there is a high chance of winning both trades, which is important for beginners as they often shy away from these situations. Although it may seem like too much risk, these circumstances can prove to be quite fruitful. Despite the fact that these occurrences happen often and that the outcome is generally positive, the trader from the story made a single mistake thinking that the risk on the EUR equals zero. The risk, in fact, is 2% long and 2% short at the same time, which further entails that the trader will not take any other EUR-based trades unless at least a portion of the existing trades is closed. What traders frequently fail to grasp is that the 2% short and long, despite the opposition in direction, cannot cancel one another or equal 0%.

Another situation involves a trader who received two long signals for EUR/CHF and EUR/USD and decided to enter both trades at the same time. In order to manage risk in these ongoing trades, the trader would need to take 1% from each trade to have a 2% risk on the EUR. If the individual for some reason decided to exit either of the two trades, the risk would come down to 1%. In this case, the traders could enter another trade or a continuation trade of the one that had just been closed. The trouble is that many traders assume that they somehow have their whole 2% here, which then leads to increased risk. The goal here is to fit into that 1% that we have left after the second trade was closed.

Should a trader receive a EUR/USD long signal but then reconsider his/her options because another EUR-based pair is likely to get there in one day, they can take a 1% risk on the first currency pair and wait for the 24h to pass to see what will happen. The other trade may or may not get to the place we hoped or expected it to reach, which can be quite unsettling but does not involve any increased risk or missed-out opportunity since the previous requirement was met. The equity is settled with the EUR, so the trader can, if he/she wishes, enter a new trade later on when an opportunity presents itself. Even if you decide to enter a 2% EUR trade in the beginning without waiting for the situation with the other pair to fully develop, there is no mistake made. The choice falls on the traders alone and no damage is done until the risk limits are properly sit – 1% on one of the two trades or 2% on a single trade.

Sometimes it happens that the market is quite active and that prices are moving, so you can get several signals on a single currency at a time. What you should do here is divide the 2% by the number of trades you wish to enter. Therefore, if you received four signals for four EUR trades, make sure that each of the four trades has a 0.5% risk. While this may seem like a lot, it actually can prove to be both useful and lucrative as long as the risk is managed well. If you assumed that the EUR is going to do well and your assumptions prove to be correct, you will take wins in all EUR-based trades you entered. However, if your assumptions somehow turn out the other way, your trades are secured because the proper risk management can function as a form of a hedge.

While this is an excellent strategy and a secure way of protecting oneself, this does not imply that any trader should go on a spree looking for several trades involving one currency as this often fails to bring the results we are hoping to get. The system you have worked to build should be enough as a source of signals, so there is no need to go beyond that. Moreover, it is also extremely important for traders to trust their algorithms when we do get several signals for one currency at the same time and not miss opportunities out of fear.

Traders can sometimes be misguided by the sudden success they experience in some of these situations when they win instead of losing despite not having set the risk properly. Such outcomes can be particularly dangerous for the understanding of how risk management truly works. Once the winning part ensues, traders can get so excited that their thinking processes get affected negatively and no logical conclusion can be drawn as a result. In order to overcome this challenge and improve your overall trading, especially if you are at the beginning of your forex career, you should devote time to learn about money management and trading psychology, which will prove to outdo all other forex-related topics by far.

The more advanced traders who have already started backtesting their systems may be experiencing some difficulty due to the inability to apply today’s advice during these processes. The problem with dividing risk while backtesting is that it would make the whole assessment that much longer, so the suggestion here is to test the system on different currency pairs one by one. Overexposure prevention is important but, for the backtesting part, it would dimply overcomplicate everything, However, during the forward testing, whose purpose is to gain more clarity and see the things which may be fixed, you can expect to see some differences. This second part of testing should also serve to prepare you emotionally for trading real money and traders should, thus, be particularly vigilant throughout the process. Any of the parts that you do not focus on entirely or fail to address with a sufficient amount of attention during the demo phase will inevitably haunt you down later on and probably in a much more serious situation affecting your or other people’s finances.

As we described above, the dangers of accidental success are real, which calls for increased attention to testing processes where one can discern what works well and what can potentially endanger his/her entire forex career. If you suddenly go into the negative having taken a few losses in a row after an incredible 15% win is quite indicative of a malfunctioning system. The challenge here is not to interpret the word system as tools, numbers, and indicators alone because, as we said before, money management and trading psychology are superior to any technical aspect of trading in the spot forex market. Even if you have already lost a lot and feel doubtful about your abilities and knowledge on trading, what you can and should do is go back to the basics – start a demo account and devote the proper amount of attention testing requires.

Therefore, to sum it all up, if you are intent on trading a single currency through several trades, make sure that your 2% risk is divided accordingly, based on the number of trades you enter. We can see from this how trading requires precision both in terms of settings and emotions. Traders may know everything there is to know about entering a few trades involving the same currency at the same time, but the excitement and the enthusiasm may still blur their vision and prevent them from interpreting their results in an objective manner. The testing should help traders get accustomed to their systems, wins, and losses, but the topic of risk management cannot unfortunately be applied in this format to backtesting due to its complexity. The psychological side of trading can become increasingly heavy on the trader if they fail to recognize which role their emotions play in risk management, causing traders to either take too little or too much risk. While forex is a complex net connecting various fields of our existence, articles such as this one can serve to guide individuals on their way of bettering themselves, their prospects of making money, and thus their living conditions as well.