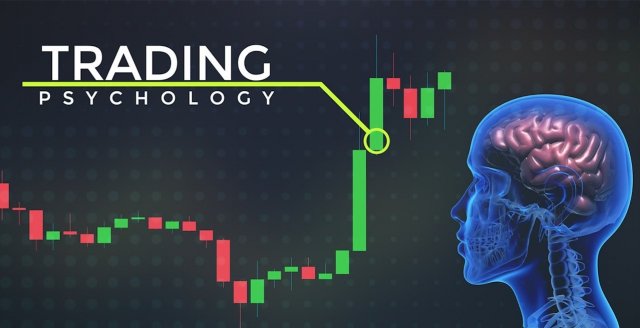 There are psychological mistakes that you can make at any time during your trading career, and many people do, even those that have been trading for years. However, when you are just starting out, there are certain holes that are very easy to fall into, if you have traded then you have probably experienced some of them, so let’s take a little look at what they are.

This is quite a straightforward one and something that you can very easily fall into, especially when starting out. Let’s say you have just started, you have placed three different trades and each of them has ended up in profit. This trading thing is easy, right? Well no, it’s not, yes your first three trades won but the markets moved with you, or in some cases you got lucky. Some who are in this situation feel that it is easy and will then put in larger trades, or more trades, thus increasing risk, and inevitably when that loss comes, your confidence will be hit and so will your account balance. It is important that as a new trader, you understand the dangers of being overconfident.

Trading can be incredibly exciting, don’t get us wrong, it is hard to keep all of those emotions in check as things start to move up and down, however, a problem that a lot of newer traders get into is allowing those emotions to take over the decision-making process. Think back to when you started, when something started going the wrong way, how did you feel? There was no doubt an element of fear, disappointment, or even regret at making the trade, what you do not want to do is to allow those emotions to take over, do not start closing or opening trades based on these feelings, you are doing that based on analysis and your strategy, not how you feel.

Trading is all about probabilities, yes there is sometimes an element of luck when an unannounced news event comes out and the markets move with or against you, however, the majority of things are known and are called probabilities. Someone completely new to trading will look at the markets, it’s a 50/50 as to whether the markets will go up or down right? Wrong. The markets are full of probabilities and new traders often do not understand this, but getting to learn about them can help to stack things in your favour.

Most strategies have set entry and exit points, as well as set risk management for those trades. When you are new and you have a trade going the right way, it is easy to try and stick with it in the hope that it will make you a little bit extra. You should be coming out at the designated position at the take profit levels, but many newer traders have the habit of moving those take profit levels a little higher in the hope to earn some more, but the markets can turn at any moment, moving them can actually cause your trade to miss the TP level and then reverse to less profit or even back down to a  loss. Stick to what was planned. This can also work with making larger trades that go against the risk management, just because you want a little bit extra is a huge no that a lot of new traders can do.

We have all done this at some time in life, and it is incredibly easy to do. You have made a trade, as soon as it has been placed, you suddenly wonder whether it was the right trade, should you have made it? Should we now get out of it? No, you made that trade for a reason, so stick with it. This also is relevant once a trade has finished, if it lost, you can question that maybe you aren’t good enough and that is why it lost, or if it won, you consider it luck, nothing to do with the work you put in before. Be confident in what you are doing, trust that the strategy that you used works and stick with it, accept the outcomes, and move on to the next one.

So those are a few little psychological pitfalls that newer traders can fall into, it is all about having an understanding of what you are doing, why you are doing it, and that the markets are their own beast, not something that can be tamed. Have confidence, trust your strategy but most importantly, stay humble and stick to the plan.