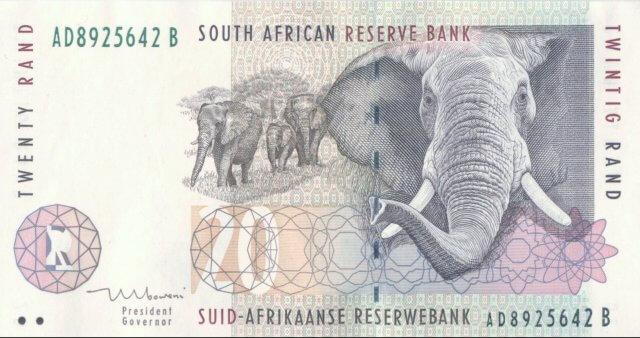 Today we will examine three currencies and four markets (EUR/GBP, GBP/USD, AUD/USD, USD/ZAR) so that you know the latest developments that need to be known and that affect those currencies.

The pound sterling has long been a good barometer of geopolitical tensions between the United Kingdom and the European Union, and now more than ever when Boris Johnson threatens without being a bluff to derail the negotiations.

The Sterling has long been a good barometer of geopolitical tensions between the United Kingdom and the European Union. After seeing what happened in the last few days, everything points to the potential risk of the negotiations breaking down. But there is a halo of hope, the past. Yes, you can remember perfectly well how whenever both sides were about to throw everything overboard, always, at the last moment, it was redirected.

Why wouldn’t it be like this again this time? Why would it not be as if the time limits were finally extended and interest agreements were signed? What is urgently needed is to reach a trade agreement next October to avoid a chaotic exit, bearing in mind that the UK’s current transition period ends at the end of next December.

The pound plummets between 3.2-3.6% against the euro and the dollar and is only 2% of the land originated by the COVID 19 (on March 18 it stood at 1.065). Even on Wall Street, there are voices advocating the fact that the odds of seeing the parity between the British currency and the Community currency have increased (calculations say that the probabilities have increased from 3% to 12% with a view to 3 months and from 11% to 25% with a view to 6 months), a fact that would be historic since it has never happened in history, not even with the holding of the EU exit referendum on 23 June 2016.

The point is that a weak pound favours UK exporting companies, on the other hand, we have that the country’s imports would be more expensive.

* EUR/GBP: since last June this market was lateral and quiet, but since 3 September it is rising with joy. If the cuts bring the price down to 0.8877, it could be an opportunity to look there for an upward rebound.

* GBP/USD: since March the rise of this market is brilliant. But this month it reached its strongest resistance that was formed in March 2019 and then successfully tested in December of the same year. Once again, she has not been able to cope with it, and as always she touches it, falls come. Thus, breaking the resistance of 1.3383 implies the option of looking for more climbs.

Pound, Australian Dollar, South African Rand, Three Currencies in the Eye of the Hurricane
– The Central Bank of Australia comments that the strength of the Australian dollar is due, among other reasons, to the increase in commodity prices, especially iron prices, at the same time the entity did not offer any clues reflecting the implementation of additional monetary measures.

The strength of the Australian dollar is due, among other reasons.

The Bank announced the expansion of lending to entities and gross domestic product contracted more than ever in the last quarter, officially pushing Australia into its first recession in nearly three decades. The Australian dollar has revalued more than 26% since its low of 19 March, when the Central Bank announced emergency measures that included lowering the interest rate to 0.25%.

* Aud/Usd: Investors who are very aggressive will likely bounce upwards in the 0.7214 zone.

– The South African rand is testing a key level. It is the currency of the emerging market with the best performance this September only behind the peso of Mexico and the real of Brazil, due to speculation that the record cycle of monetary policies of the Reserve Bank of South Africa may be coming to an end.

As the Federal Reserve is likely to keep interest rates low in the future, the South African currency may continue to attract demand from investors borrowing dollars to buy higher-yielding currencies, known as carry trade (a fact that has generated in September a profit of +4%).