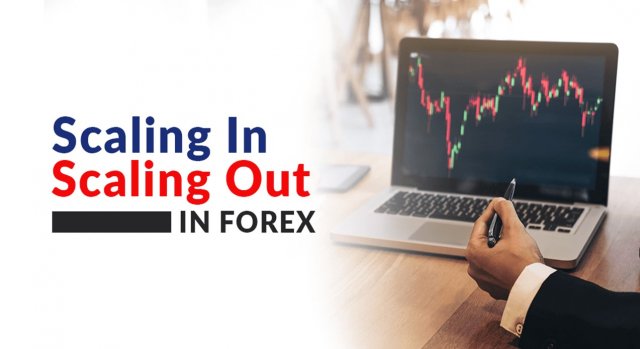 If you are already in a winning trade, is there anything else you can do to father navigate its course to your benefit? One of the best techniques in position management used by trading professionals, scaling out, is based on the idea that a trader should withdraw part or half of the money at a particular moment in a winning trade, move the stop loss to break-even, and keep the remainder running until the point when either the trailing stop, exit indicator, or stop loss finally closes the trade. However, what would you do if you faced retracements while going long for example and the price changed direction? Would you put more money in although you are already in the middle of a trade? The answers to all of these questions are closely related to another term – scaling in that, in contrast to scaling out, essentially entails adding another position to an already existing trade. The understanding of this topic is what will help safeguard your trades against some common challenges as well as guide you through a running trade.

If a current trade is doing well and approximately a hundred pips later a retracement occurs, is a trader advised to double down? This question is equally applicable to trades that really take off because it essentially involves doubt about whether anyone should take on more risk. Although the trade in this case is a fruitful one, is investing more money a good or a bad idea? The expert opinion generally advises against entering an additional trade after you are officially in another one. Although some traders may disagree, the facts supporting this standpoint are numerous.

Firstly, if you have developed a system, or working towards designing an algorithm, you probably understand how crucial entering a trade at the best possible time is. A trade that exhibits an unstable and unpredictable behavior 20 or so pips down the line is certainly not the one you should ponder. Traders often feel compelled to make irrational decisions because of the fear of missing out (FOMO). Entering a FOMO trade, however, reveals the psychology of traders who take actions based on emotions, rather than trusting the systems they have worked hard to develop. Such emotion-driven trades inevitably lead to numerous and often repetitive losses, which is the exact opposite of what you need to grow a forex trading account.

As we cannot assume which direction the market is going to take and for how long, we strive to create algorithms on which we can rely. Moreover, since we test out each indicator we use, there should be no fear of trusting a system which has proved to give good results more often than not. Even if you notice some mild changes a while after you entered a new trade, simply allow the system that you built to take care of the trade for you. Therefore, there seems little to no reason why anyone should consider adding on. If such a decision revolves around fear or greed, the prospects of getting far in this market are very low. A trade that appears to be bad right from the start will never render any good results and risking more money at this point would seem like a truly reckless decision leading to a gloomy outcome. Furthermore, with the option of choosing between so many currencies, opting for a pair that cannot bring about any positive results also cannot have a logical explanation.

If you are in a winning trade going long, how would you react if you got another signal from your system? Should you trust your confirmation indicator and take action accordingly? A confirmation indicator signaling you to long is actually telling you that it first went the other way. For example, a zero-cross indicator would give out a signal to go long (above zero) only if it crossed the zero line and went below first. Of course, if this happened, why would you stay in such a trade? As this confirmation indicator told you to short, you actually received a signal to exit (see picture examples below). Although this is not the best option you can find, confirmation indicator can definitely serve as an exit indicator as well, and especially if it is giving you a clear sign to exit, it is in your best interest to recognize it and act upon it. Therefore, no matter how successful a particular trade is, following a signal blindly, without proper interpretation, leads to nothing but failure. 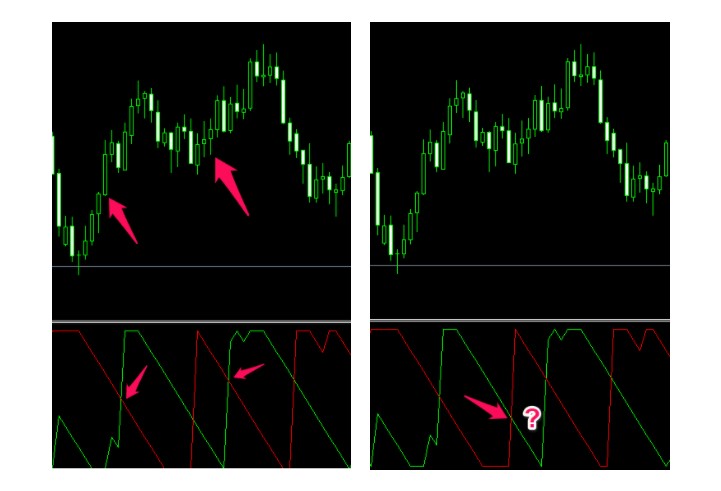 Above, we see two long signals suggesting that we add on in the areas above while, in between, we get another short signal.

Consequently, whether you are adding onto a losing or a winning trade, the result is almost always the same. Instead of being impatient and hungry for money and success, strive to create a sustainable system that will safely operate in the back so you can let go of all the stress. As an alternative to trading fueled by emotions, learn how to base your trade on the system you have invested in creating. What is more, learn to interpret and trust your indicators because their purpose is to protect you and get in and out of trades in the most optimal point of time. As opposed to scaling out, which should become part of all traders’ plans, scaling in is an unwise strategy that leads to loss more often than not.

If you want to earn a profit continuously, you should strive to support yourself with tools that can grant you that. The idea of amassing a fortune overnight, though, will impact your trading and ability to learn and prosper. Leveraging up by adding on to a winning trade only equals more risk that will most probably get your account in a position from which you will hardly be able to get out. Not only is it a risky maneuver, but it also appears not to be a very smart one. If you have a goal you want to reach, you will accept time and effort as two preconditions to fulfilling your dreams. As it appears, there is little room, and certainly little hope, for quick solutions and related mentality.