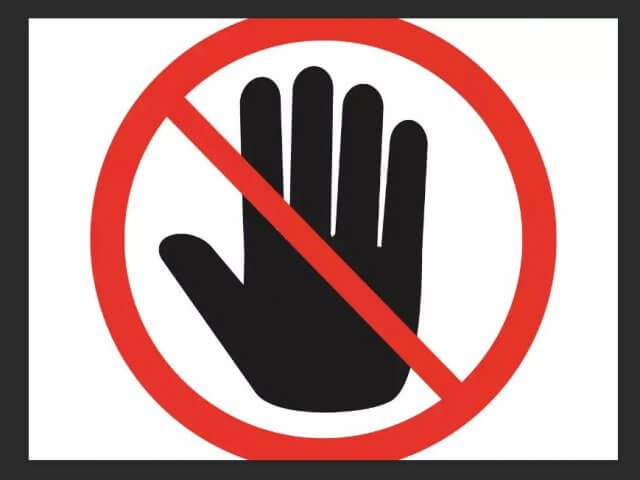 We are always on the lookout for that new trading opportunity and ways to give us more trades and therefore more profit. It’s great when we find one, all of the requirements set out by your trading strategy have fallen into place and it’s the perfect trade. The problem is that pinpoint perfect trades don’t come along all the time, in fact depending on your strategy it could take a week for each one to fall into place. So if things aren’t there, how do we put on enough trades to ensure we reach our targets? Well, they will come, what you do not want to do is force them, so sometimes it is actually better for you to miss that trade, sit it out and let the opportunity pass and you will be better for it, take the trades that are there, not the ones that you want to take.

So let’s take a look at some of the reasons why it may be better to not take those trades.

There are days when trading when you just do not feel up for it, we all have our off days we have days where we are that little bit extra tired, or maybe a little worse for wear after a heavy drinking session. Do you think that it would be appropriate to trade in these conditions? Probably not, you are far more likely to miss things or to read something incorrectly on the charts which could then lead to mistakes and bad trades being made. If you are not feeling like you are up for trading and are not at least 90% of your best, you should avoid it. Mistakes can and will be made when you are feeling tired, so it’s best to avoid trading entirely in this condition. You can, of course, look at the markets, but we would advise not putting that trade on, at least not on a live account.

Another reason to possibly avoid putting on trades is if you have had a number of different trades lose in a row, known as a losing streak. While these losses may not have anything to do with you doing something wrong, it is often a good idea to take a step back. While you may not have been doing anything wrong when it comes to your strategy, those losses can have a psychological effect on you which could potentially put you at risk of making some bad trading decisions. There is no harm in avoiding a trade or two to reevaluate your strategy, just in case something may be wrong or in case you are feeling the stress. Do not be afraid to take those breaks and skip those trades.

Another good reason to avoid putting on that trade is the simple fact that you are just not certain about the trade. If you are not 100% that a trade will work, then there is no harm in not trading it. In fact, this behaviour is probably advised over taking something you are not fully sure of. Even if you are sure, if there are different things in other technical or fundamental analysis that you have done which could suggest otherwise, this could be a reason not to take that trade. If they are indicating some uncertainties then this should actually be a warning sign that your trade may not be as safe as you may think it is.

If your risk to reward ratios are not right, or you have been placing trades with lot sizes that are too high, then this is a good time to stop your trading, do not put on any more trades, you need to get this sorted. Even if you have been profitable and the majority of your trades are right, it does not mean that it is right. You need to reevaluate your trading and the lot sizes that you are using.

Sometimes things just do not work for you, there are days where you just can’t seem to work out the markets, this is nothing bad on your side and the markets are not acting any stranger than usual, you are just simply out of synch with them. There Is no harm in using this as a time to learn instead, do not place trades when you are in this situation, they will only end up being bad trades as your concentration levels are just not there. If you feel like you don’t have the attention span for it, or you are struggling to remain focussed, do not try to force trades, you will surely miss something which will only lead to losses.

So those are a few of the things that could and should cause you to potentially miss out on some trades and to not place them. There is no harm in not placing trades, in fact, it can help you, not only will it prevent you from making any potentially bad trades, but will also give you more opportunities to learn and develop as a trader.