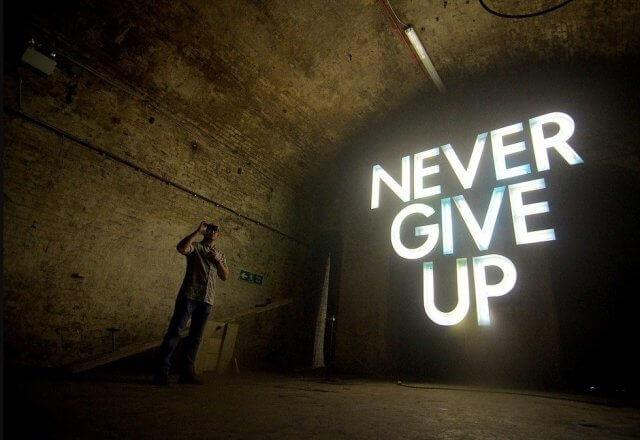 The unfortunate truth about trading is that it is not for everyone, in fact, it is for the very few. Thousands of people take up trading each year but it has been estimated that one a very small percentage, around 2 to 5 percent of new traders actually continue to do it long term and actually make money. It takes a lot of time, money, and patience to actually become a successful trade and this is most likely why most people do not continue and stick with it.

So why exactly is it so hard to keep going, we will now look at a few of the most common reasons as to why new traders are so often giving up and why so few of them actually continue on to be profitable.

Let’s get straight into the big one, they managed to blow their account, we have all been in this situation, coming in with wide-open eyes, thinking of all the possibilities and all the money we are going to make. Then things go wrong and we blow our account, most likely due to our inexperience, but whatever the reason is, it’s gone. Now we are annoyed, trading clearly isn’t what was advertised, we just lost our money and so we no longer want to trade. At this point some quit, others, they try again and inevitably the same thing happens all over again, some quieter and the cycle continues. Without wanting to put in the proper learning to understand why they lost their account, they will just give up instead and move onto what they think the next big money-making opportunity is.

We can see exactly where they are coming from, on the outside, trading can look pretty simple, the markets can go up or down, the news can affect it and so can Donald Trump, but once you actually get into trading, it is a whole other beast. In fact, we haven’t really come across anything which has more information available and different scenarios of things that can happen, of course, that is not including things like quantum physics or storyline from the Metal Gear games.

There is a lot, and it is enough to overwhelm anyone, especially someone coming into it that didn’t really know what to expect. Many people see all the information, the hundreds of indicators and then decide that it is too much, they do not have the time or the energy to start going through all of it, not to mention it is pretty hard to work out where to start too. So this bombardment of information is another thing that can cause people to step back and walk the other way.

They Suffered Some Losses

This is similar to the blowing on an account but often comes once someone has actually put in some of the work of creating a full or at least partial trading plan and strategy. They have put in a lot of effort to get it to the stage that it is at, then they begin to trade and they experience a string of losses, it may only be two or three, but it could be five or six in a row. This will hit their confidence, it would hit anyone’s confidence. Having put in all that work and then losing, it can make you wonder what the point was and if it is worth putting in any more. Those that feel that it is not worth it will stop at this point, others may realise that losses are as much a part of trading as winning, but the disheartening feeling of doing all that work just for losses is just too much for some newer traders. The good news is that at least they will have something to take out at this point before actually blowing an account. 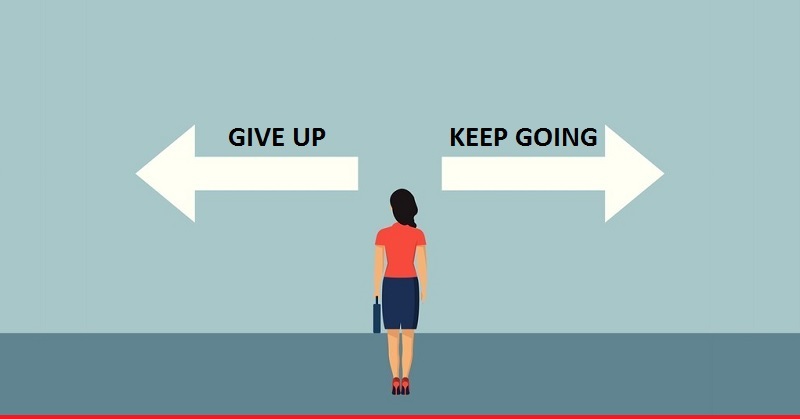 These days, trading is being advertised as being extremely accessible, and it is, the unfortunate thing is that it is being advertised this way by a lot of scammers and people who want to make a quick buck. They often do this by realising and then advertising either a trading signal service or an expert advisor that will enable someone with no knowledge of the markets to trade them successfully. Now, there are some legitimate robots and signal services out there, but those ones aren’t really advertised as aggressively, instead, most people see the ones promising returns of 20% per month or 90% accuracy of trades. When you see numbers so high, avoid them. New traders get into trading for quick money without having to put in any work, but like anything in life, the less work you put in, the less quality you get in return. These trades or robots go bad and an account is blown, it’s not as easy as it looks and the new traders leave.

Forex Trading is Simply Not Suitable for Them

Forex is not for everyone, in fact when I started, I hated it, but I stuck with it and grew to love it. Not everyone wants to stick around in order to get past that dislike stage. Often when you start doing something that you do not like, you simply put it down, walk away, and don’t look back. This is what people especially those that hate numbers often do with trading. This is perfectly fine, it won’t be for everyone just as sport isn’t for everyone, those that don’t like it will often leave within the first week or two.

The Profits are Too Low

A lot of people come into trading in order to make money, what they do not realise is that they actually need money to make money, which in all honesty, is how the rest of the world works too. Many people don’t realise that if you come into trading with just $100 to $1000 you are only going to make a couple of dollars a day at the most (unless you get lucky or risk too much per trade). So after a week or so, people begin to realise that this is not the get rich overnight thing that they believed or was told to them, this can put them off and so they will leave to look for something that can generate them some money a little quicker. Those coming in knowing that it is a very long term thing will be far more successful and more likely to stick around.

So that are a few reasons why people decide to leave, they are all very valid reasons, some slightly more unfortunate than others. Trading is a niche, either you will like it and stick with it, or you will not and leave. Whatever your decision, trading will be around for a long time, so even if you leave, there is no harm in trying again in a few years.