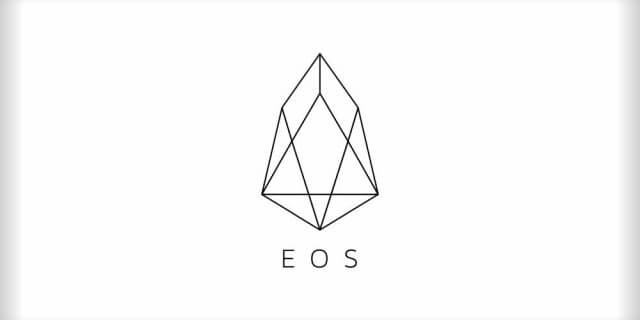 The first (Bitcoin) and second (Ethereum) generation blockchains each brought groundbreaking innovations in the blockchain space. Bitcoin pioneered the concept of blockchain and cryptocurrency – completely changing the face of finance. Ethereum took the idea of blockchain and expanded it to include smart contracts and decentralized applications.

But even with those contributions, the two blockchains somehow couldn’t hack the test of scalability. Both Bitcoin and Ethereum’s transactions per second (at 7 and 15 respectively) pale in comparison with real-world systems that can handle millions of daily active users.

EOS, a blockchain project by Chinese company Block.One wants to solve these problems. It aims at supporting thousands of transactions per second, as well as providing a free interactive environment for developers from all over the world to experiment with and create decentralized applications. Ambitious goals notwithstanding, EOS has not made it unscathed by a controversy or two.

Let’s dig into what EOS is all about.

EOS is a blockchain and cryptocurrency project that supports the creation of decentralized applications (DApps). The EOS team also wants to solve some of the problems burdening blockchains such as low transaction speeds and complexity of use that would lock out many developers. The EOS platform claims to support 1000+ transactions per second. For these reasons, it has been dubbed the ‘Ethereum Killer.’

EOS is the brainchild of Dan Larimer, a well-known figure in the crypto space and creator of successful blockchain platforms, Steemit and BitShares. EOS is known as just that: EOS. There doesn’t exist a full form of the name, and neither have the creators offered any.

Block.one, the company behind EOS, raised a record-setting $4.1 billion in a year-long initial coin offering (ICO) that ran up until July 2017. This represents the biggest ICO to ever happen in the blockchain space to date.

EOS believes in and seeks to achieve these requirements for blockchain:

If blockchain applications are to compete with businesses such as eBay, Amazon, Uber, and Facebook, blockchain tech would need to support tens of millions of users at any time.

If blockchain is to realize greater adoption, it needs to be free for users. Developers and businesses using the platform can then explore and implement other monetization strategies.

A blockchain platform should be flexible to allow businesses to upgrade their applications if and when needed. The platform should also be able to identify and root out bugs when they occur.

Blockchain applications should relay high volumes of data with minimal delay (latency). Low latency would ideally be near real-time access to data. Anything less would frustrate users and render blockchain uncompetitive against legacy systems.

Not all applications can be implemented with parallel algorithms. Applications like, let’s say, crypto exchanges require sufficient sequential performance to deal with high volumes.

How Does EOS Work?

EOS’s product is essentially like that of Ethereum – offering a conducive environment for developers to create DApps. But EOS wants to focus on the most critical problems currently facing blockchain, such as high latency, scalability, flexibility, that have held back blockchain from achieving its full potential.

EOS endeavors to address these issues by supporting more scalability, flexibility, and ease of use. The developing team claims the network can support thousands of industrial-scale DApps without suffering performance bottlenecks by the use of sequential performance and “asynchronous communication” of data.

Additionally, EOS achieves scalability by employing certain features. First, it’s ownership model promotes free usage for clients, and significantly reduces or eliminates transaction fees. Developers can also utilize various on-platform resources based on their stake in EOS. This means app developers are in a better position to predict their hosting costs, as well as design the best monetization strategies for their respective products.

Dan Larimer conceptualized the delegated proof-of-stake of consensus mechanism. In DPoS, network delegates vote for a few representatives, who are then tasked with securing the network. These chosen delegates will also oversee the generation and verification of new blocks as well as their addiction to the blockchain.

In the context of EOS, 21 delegates (supernodes) are chosen from a pool of potential block producer candidates. Block producers are rewarded for their role in maintaining and securing the network. Rewards are granted on a per-block-basis and the block rewards system bankrolled by a 1% annual token inflation.

EOS has not been without a few controversies. It all started with the year-long ICO that raked in $4.1 billion. Some members of the community felt this was irresponsible, greedy, and shady.

There have also been concerns that its delegated proof-of-stake consensus mechanism, in which there are only 21 producers, is too centralized. Blockchain testing company Whiteblock has also come out to say that the project is not genuinely censorship-resistant, saying “the foundation of the EOS system is built on a flawed model that is not truly decentralized.”

The EOS network was also rigged with bug after bug, especially leading up to the main net release. This was very bewildering for many people who couldn’t fathom how this was possible with all that money collected. This led to the company establishing a bug bounty system that rewarded benevolent hackers who identified bugs in the system. Even after the project went live, bugs were still reported.

The EOS network houses two tokens: EOS and EOS.IO. The role of EOS.IO is to manage functions in the ecosystem. It facilitates the vertical and horizontal scaling on the network.

The EOS token allows developers to purchase a stake and obtain access to various natural processes to create and run DApps. Token holders who are not running DApps can rent their bandwidth to others who need it. And lastly, the EOS token can be used as a speculative investment and is available for purchase/trading on various exchanges.

You can purchase EOS from a variety of exchanges, including Binance, OKEx, Huobi, HitBTC, DigiFinex, Bitrue, ConBene, Gate.io, Upbit, LATOKEN, and BitMex.

As for which wallets support EOS, you have several great options such as Ledger Nano, Guarda Wallet, Atomic Wallet, Trezor, Jaxx Liberty, and Infinito.

EOS proposes a brave new world of free blockchain transactions. If it can indeed support a TPS of 1000+, it will be a far cry from the single and double-digit TPS offered by Bitcoin and Ethereum, respectively. Could this combination of capabilities bury Ethereum? That remains to be seen.