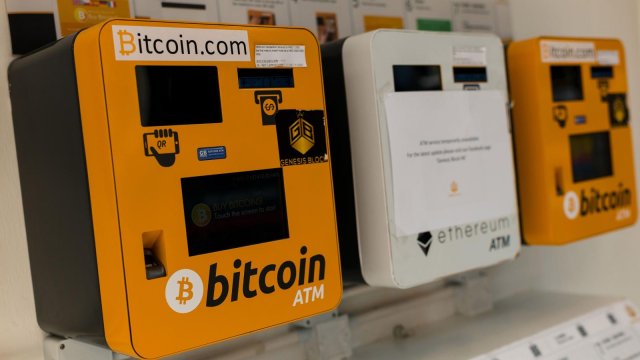 Bitcoin has proved to be a major force to reckon with in the world of finance. It’s no surprise, therefore, that thousands of businesses have cropped up all over the world to support it. One of these is the rather unexpected Bitcoin ATMs. Unexpected because Bitcoin is supposed to be a digital-only currency, and also the massive security concerns usually associated with it.

In this post, we’ll discuss Bitcoin ATMs and answer those burning questions you’re dying to know.

Here are all the main facts you need to know about Bitcoin ATMs.

How Does a Bitcoin ATM work?

This is the most obvious question that comes to one’s mind. After all, Bitcoin has no physical existence, so how could a Bitcoin ATM possibly work?

First thing, Bitcoin ATMs are connected to crypto exchanges. It’s these exchanges that facilitate the trade and see to it that you receive your Bitcoin quickly and safely. Since you’re transacting directly with the exchange, there’s no need for middlemen, escrow accounts, lawyers, and so on. This combination of convenience and safety eventually reflects on the transaction fee. It’s not unusual to pay up to $50 in transaction fees. However, the fee is mostly calculated based on the volume of the trade, as opposed to a fixed fee as in legacy ATMs.

Just like with exchanges, you need to register an account or use an existing one to conduct a transaction. While some Bitcoin ATMs facilitate anonymous transactions, these are on the less common side.

Most of the time, a Bitcoin ATM will set a minimum and maximum amount of money that you can deposit in order to purchase Bitcoin. If you cannot afford 1 Bitcoin ( which is likely to be several thousands of Dollars), you can usually still buy Bitcoin fractions. Remember, one Bitcoin token can be divided into eight decimal places (0.00000001).

Most ATM kiosks require the user to complete some basic security checks, such as two-factor authentication. This may involve having to submit your phone number, through which you will be sent a secret code that will give you access to the ATM. Other ATMs will require you to submit some form of official identification, such as a national ID, passport, or driver’s license.

How to use a Bitcoin ATM

Every bitcoin ATM will be unique in terms of quality, processing time, and other features, depending on the manufacturer. However, when it comes down to how they actually work, they’re pretty much the same. This is how to use a Bitcoin ATM.

Some Bitcoin ATMs also allow you to sell crypto for cash. The procedure will be as follows:

Note that almost invariably, a Bitcoin ATM will have a CCTV camera due to the safety concerns surrounding crypto. For individuals unfamiliar with how to operate one, or in the case of a problem, there’ll likely be an attendant nearby to offer help.

Is Using a Bitcoin ATM Risky?

Well, you can avoid some of the risks by just being extra careful. It’s no secret that Bitcoin ATMs can be a high target for nefarious activities. And some of the safety responsibility lies squarely on your shoulders. For instance, more shady parts of town can be riskier than the upscale areas. If you must visit such an ATM, then stay on extremely high alert. Also, as much as possible, avoid carrying large amounts of cash.

Also, make sure to go for an ATM in a well-lit area. The appearance of the machine also matters. Skip the dirty, poorly-maintained, graffiti-covered machine for the well-kept, clean one.

Then there’s the other aspect that’s behind your control – the cybersecurity one. Bitcoin ATMs may be the target of ransomware or hacking attacks. As such, these potential risks are not far-fetched: the machine being hijacked so that you lose your bitcoins, a hacker transferring your funds to their account, and so on. One way to mitigate the chances of this happening is to use an ATM whose exchange account you already have. This way, the funds will be sent directly to your wallet address, which is safer than generating a new account entirely.

How to Find a Bitcoin ATM near You

Are you looking to find a Bitcoin ATM near your location? The easiest way to do so is to use a tracking tool. One of these is Coinatmradar, which is the most referred to so far. At the time of writing, it has listed 8998 crypto ATMs worldwide. Coinatmradar is pretty useful just for the important features it supports, which include buy and sell options, ability to locate the closest machine, the directions to that machine, available cryptos, how to buy and sell Bitcoin, and available ATM installations by country.

Coinatmradar lets you choose between eleven popular cryptocurrencies – Bitcoin, Bitcoin Cash, Ethereum, Litecoin, DASH, Monero, Tether, ZCash, Dogecoin, and Ripple. When you search Bitcoin ATM by country, the website will take you to a page with location, contact, address, supported coins, daily limits, and info on whether to buy and sell options are both supported.

So there you go. You can acquire Bitcoin faster than you thought in a Bitcoin ATM. And if you want to sell, confirm whether the particular ATM in question supports that function. And, of course, exercise common sense and extreme caution when transacting Bitcoin via an ATM.