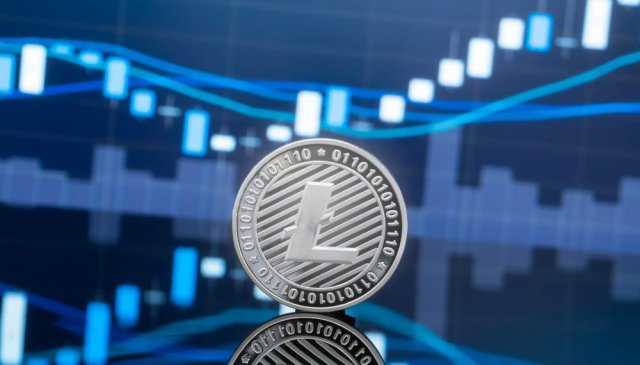 Litecoin has, for a long time, stood out as a good investment, and it’s not just for the competitive prices it has been fetching. The crypto has grown for almost a decade from $4 to over $100. Ranking 5th by market capitalization is fair stability for a crypto that has been around for 9 years. Before 2017, the LTC hardly ever fetched a price above $10. Nonetheless, it soared during the 2017 bull run to fly as high as $321.

Litecoin was created as an alternative to Bitcoin, with faster transactions so that it could serve as a transactional currency. While facilitating transactions were at the core of its design, crypto users have turned it into an investment asset as they’ve done to all other digital currencies. The past has so far been impressive. But is Litecoin still a good investment? Read on to find out.

Litecoin was forked from the Bitcoin Core client, and thus bears a lot of resemblance to its ancestor. Nevertheless, some key changes were made to the code to make the network lighter. This involved changing block sizes, adjusting the halving period, increasing total supply, reducing block generation time, and changing the proof-of-work algorithm – all this to improve transaction confirmation time. So, what ultimately makes Litecoin different from Bitcoin is that transactions take a shorter time to complete.

Litecoin has had a rather dull timeline. Up until 2017, the crypto’s price barely ever reached $10 and 24-hour trading volumes were consistently below $5 million. For such an old crypto, one would easily deem that performance as dismal.

But times change, and so do fortunes. Litecoin presented a completely different outlook in 2017, even before the end-year bull run was in sight. Beginning April that year, the crypto attracted $10 at exchanges for the first time in history. And when the December bull run finally arrived, Litecoin soared to its all-time high of $333. Ever since, the cryptocurrency has been recording impressive performance. Although it has never returned to the December 2017 high, it has equally not declined below $10. 24-hour trading volumes have also been responsive to Litecoin’s growth. From a modest $10 million in 2017, exchanges are reporting volumes of up to $10 billion daily today.

If you’re looking to place your bid on Litecoin for the long term, you’ll probably be more interested in its prospects for the future. We have seen that Litecoin’s performance has been impressive in the past – save for the pre-2017 period. Well, how is the crypto likely to perform in 2021 and beyond? The following insights give a better picture of where crypto is likely to be headed.

How to Invest in Litecoin

Investing in Litecoin is not any stranger if you have invested in another crypto before. However, Litecoin’s unique performance profile may make it suitable for certain investments more than others. But which are these?

Given  Litecoin’s relatively low volatility, both buying and holding and derivatives trading appear suitable. Spot trading is unlikely to yield much because sudden price movements are hardly expected.

If you choose to buy and hold, you will need secure storage for your coins, preferably, a hardware wallet. You cannot also hold indefinitely. So, you need to plan ahead on how long you intend to hold.

If you choose to go the derivatives trading way, you will need to get a reputable broker such as FXTM or IC Markets. The best part is, these brokers will allow you to trade with demo accounts so you can get a feel of what is like to invest in Litecoin derivatives.

Pros of Investing in Litecoin

Cons of Investing in Litecoin

Litecoin has historically presented itself as one of the most stable cryptos but that does not mean it is not a risky asset. By the mere fact that it is a cryptocurrency, it is volatile and its behavior is totally unpredictable. There could be no particular risks in sight. Nevertheless, should you choose to invest in LTC, you might want to follow investment best practices of risk minimization. Do not invest more than you are ready to lose, and try to balance high-risk portfolios with those with lower risk ratings.

Litecoin is one of the oldest cryptocurrencies. It is also arguably among the oldest crypto assets which have been tried and tested by investors. Over the years, the crypto has continued to exhibit stability and consistent price patterns. These characteristics have made LTC a suitable transactional currency. For investors, the lack of volatility has made it difficult to do spot trading. However, long-term investors will see Litecoin as one of the best assets on which to bid their money. Ongoing development plus great community support give a level of assurance that the crypto will continue to rise steadily, albeit slowly, as it has always done.