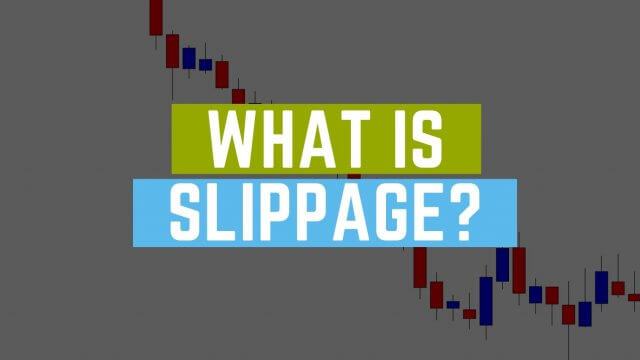 When you start trading with Forex, you’re flooded with a lot of new terms. One of those you will surely encounter is what is known as “sliding” or slippage. In short, sliding is the difference between the price you see and the price you pay. For example, you can find yourself looking at the EUR/USD pair with a selling price of 1267 by pressing the button. However, you note that it was filled in 1269. This is what would be sliding, by two pips. You might be surprised to learn that this is not necessarily harmful.

The fact that a price has slipped during a trade is not necessarily a bad thing. Unfortunately, in the past, there were several foreign exchange brokers who took liberties with their clients. This happened before Forex became much more common, and perhaps regulated in major countries. Finally, even countries like the United States were a little behind investors’ protections in foreign exchange markets, because it was a surprising explosion of interest that surprised many regulators. Beyond that, it is a non-centralized market, so it is very easy to see how difficult it was for regulators to control the whole situation.

We are moving forward today, and most Forex brokers are heavily regulated. (In fact, if you are working with an unregulated Forex broker, you should withdraw your money immediately and place it in a more reputable broker). Although it could be argued that it is very tempting to slip your customers at all times, try to perform an operation, the reality is that most accounts are not large enough for the broker to accept the risk, even if they are less honest. The fines that some of the regulators have imposed on brokers in recent years have been huge and have cleaned up the industry drastically.

Since the average retail account is about $2000 in the United States, a few cents here and there will simply be worth the millions of dollars a brokerage would face. Research shows that accounts worldwide are also roughly the same size on average. The math just doesn’t work. Most of the time, there’s a perfectly easy explanation.

I would be willing to state that more than 95% of the time I read some kind of negative online review about the slip at a brokerage firm, it has something to do with news sharing. Trading in news is a fool’s game, and while you may be very lucky occasionally, you must understand that liquidity is a major problem. What this means is that there are not as many orders. Let’s take an example, if you want to buy the Swiss franc, there must be another trader willing to sell it. When you issue a market order, you are ordering the broker to buy the Swiss franc at the best possible price. What do you think it means if the best price is three pips away? Exactly. You just bought the Swiss franc at three pips the price you’re looking at. This is totally independent with the broker, they’re just there to fulfill orders. If there is no one to sell you the Swiss franc at the amount you want, they are simply facilitating the order you gave them.

During normal operations, the slide is almost unknown, because currency markets, of course, are some of the most liquid in the world. There are some fairly thin pairs that tend to slide more than others. Let’s take another example. If you’re trading something like the USD/JPY pair, the most reasonable thing is that you don’t have volume in one of the most important pairs like the EUR/USD pair. (This is why the spread is higher in these pairs).

The solution? If you do not want to be slipped while performing your operations, you can place a limit order, tell the broker that you agree to pay this amount or more for a coin. If the markets skip their price, they’re just not full. At least you have the consolation that you haven’t paid more than you finally wanted.