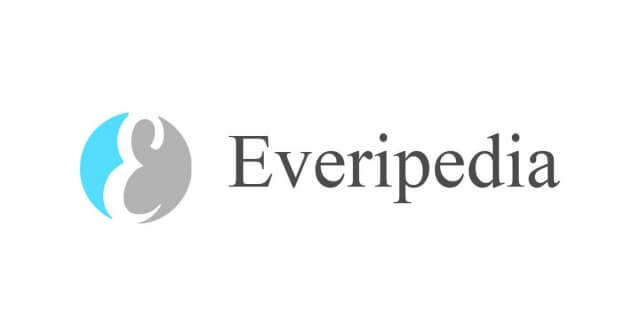 In the internet age, information ought to be free. But this is not what we get in a world of censorship and autocratic regimes. Take Wikipedia, a free information and knowledge site. The site is far from perfect (read writer bias, no quality checker, and other flaws). But still, it provides internet users worldwide with a wealth of information on countless topics.

The problem, however, is that it’s possible for governments to ban the network and prevent their citizens from accessing it.

What if there was a decentralized Wikipedia of sorts? Well, we already do. Everipedia is “a universe of knowledge” that’s “owned by everyone.” Everipedia is a blend of the words “everything” and “encyclopedia.” Since the site is powered by the blockchain, it cannot be restricted or blocked by anyone. Countries cannot block its content.

Everypedia is a blockchain-based version of Wikipedia. It runs on top of the EOS blockchain. On Everipedia, anyone anywhere can share information and knowledge, as long as it’s verifiable, neutral, and backed by a true source.

Everipedia operates on a 3 module system consisting of a token module, governance module, and submission module. Moreover, Everipedia features PredIQt, a prediction market where users can predict the future outcome of events.

On Everipedia, users can stake the platform’s native cryptocurrency, IQ tokens, and the right to propose and vote on edits and proposals for the future direction of the network.

In the next section, we’ll break down the most important components of the Everipedia platform.

PredIQt is a prediction market protocol that allows users to speculate on future events and also earn from shares on their outcomes. The PredIQt platform features three types of users:

Participants: these are parties who purchase and trade shares based on the outcome of a variety of events – whether it’s game matches, political elections, natural occurrences, and so on.

Resolvers: parties who review markets by providing the outcomes of events. To become a resolver, network users must stake IQ tokens. Resolvers are rewarded ‘resolution’ fees.

Creators: parties who create new markets for others to trade on. Creators must first stake IQ tokens as a market creation fee. The fee acts as a check against spam. It ensures creators don’t create frivolous or unresolvable markets.

The Everipedia platform is planning to unveil several projects in the near future. Let’s look at PrediQt Earn and PredIQt Smart Assets, two key products.

This is a DeFi money lending protocol that enables users to earn interest from staking various tokens. Similarly, users can borrow funds and pay back with interest.

It is a protocol on which anyone can put IQ tokens as collateral and generate synthetic assets in return. Synthetic assets will be based on IQ tokens and will be denominated as follows: iqUSD,iqBTC, iqETH, iqOIL, etc. Users can then trade, lend, borrow, and even hold onto them for market exposure to earn a tidy profit in the long run.

As the name suggests, the token module deals with all things tokens, from transferring tokens to generating new tokens, to facilitating the staking process, to overseeing the payment of transaction fees, etc. The token module generates new tokens every 30 minutes via an editing and curating process.

IQ token holders will vote on any proposed edits, and if they go through, the proposing party (editor) is rewarded with IQ tokens. After every 30 minutes, editors are given rewards based on the worth of their contributions.

The new tokens will usually be re-allocated for the future development of the protocol, bounties (whether it’s community giveaways, bug bounties, etc.), and various other use cases. IQ tokens are not rewarded for 30-minute durations when no votes or curating is carried out.

This module is responsible for modifying provisions in all three modules. It facilitates the submission of proposed changes to voters (token holders) and then relays those changes to the system after their approval. In this way, the community gets to participate in the running of the network. This ensures Everipedia stays true to the tenet of decentralization. Community members can discuss desired changes off-chain on social media and other forums, while deployments of changes will happen on-chain.

This module is responsible for proposing edits that will go to the database. The edits are tuple objects that contain IPFS hashes – with some pointing to the parent version and others to the new version. Articles are stored in gzip HTML file format.

The use of HTML allows any developer from anywhere to create articles in a customizable fashion, submit proposals, and analyze data.

June 2020: IQ becomes the first EOS token to be listed as a market pair with Binance Coin (BNB) on Binance

May 2020: Everipedia and PredIQt partner with TokenPocket wallet

January 2020: Everipedia is awarded the Soonicorn (Soon to be Unicorn) award by Traxcn

Use Cases of IQ Token

Everipedia is a bold proposition for freedom of access to information. It’s a decentralized version Wikipedia – meaning anyone anywhere can contribute to the site, and no single person or country can restrict its access. It will be interesting to watch how the project evolves.