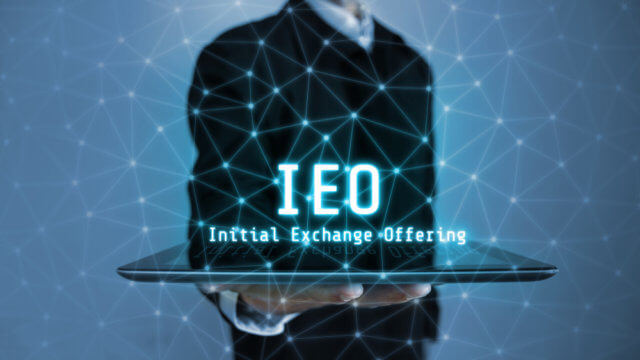 In our previous guide, we learned about what an Initial Coin Offering (ICO) is all about. We also discussed that 2017-18 was the golden era of ICOs, where some of the biggest ever ICOs like EOS, Telegram, and Dragon Coin happened. But what happened after that? ICOs took a hard hit after the Chinese government banned them. Also, there was a lot of negativity in this space after many large ICOs turned out to be scams. So it has been challenging for the Crypto startups to raise funds for their companies ever since the downfall of ICOs. This necessity resulted in the invention of a fantastic solution – Initial Exchange Offering (IEO)

In an IEO, any crypto company willing to raise funds for their project will approach a credible cryptocurrency exchange. The crypto tokens sales of that particular company will happen on that exchange, and the companies will have to pay a certain amount of fee and a percentage of tokens that got sold during an IEO. The exchange here is acting as a platform for the companies to sell their tokens.

So basically, Initial Exchange Offering works just like how Initial Coin Offering works without the decentralization part. That means, there is Smart Contract functionality in this process. All the transactions are centralized as they are authorized by the exchange in which the tokens are being sold. This is a win-win situation where the crypto companies can have a smooth fundraising process, and the exchanges can make profits by listing new crypto tokens in their platform.

Working of an IEO

In an ICO, people who are interested in purchasing tokens must send their funds to a given smart contract. But since IEO is a centralized process, interested participants must create an account with the exchange that is undertaking an IEO and complete their respective KYC procedures. Then they must deposit their funds in the exchange wallet and purchase the newly issued tokens using those funds. Most of the deposits are accepted in cryptocurrency only.

Unless you are absolutely new to the crypto world, you must have heard about the Binance exchange. This exchange is one of the first ones to start the IEO revolution by designing a platform known as Binance Launchpad. The first successful IEO was of BitTorrent, a popular torrent service provider, and it was launched on the Binance Launchpad. BTT (BitTorrent Token) sales created a record in the world of IEOs by raising more than seven million dollars in a mere fifteen minutes. This company was backed by TRON, so this success isn’t a surprise.

If not for IEOs, it would be impossible for a new crypto startup to raise this amount of funds in hours or minutes. One more notable success story of an IEO is also from the Binance Launchpad only. A crypto company known as Fetch has raised about six million dollars and met the target in less than half a minute. After seeing the massive success of Binance Launchpad, many other exchanges have shown keen interest in this space. Let’s see what those exchanges are in the below section.

As discussed, it is a potential business for any exchange for conducting IEOs using their platform. So many exchanges have shown great interest in the recent past to conduct IEOs and increase their visibility as well. Some of the top exchanges include Binance (Binance Launchpad), BitMax (BitMax Launchpad), Bittrex (Bittrex Int. IEO), KuCoin (KuCoin Spotlight) and Huobi (Huobi Prime).

IEOs have many pros over ICOs in terms of legality, security, and ease of access. That’s about IEOs; in our upcoming article, let’s discuss another fundraising method known as STO.