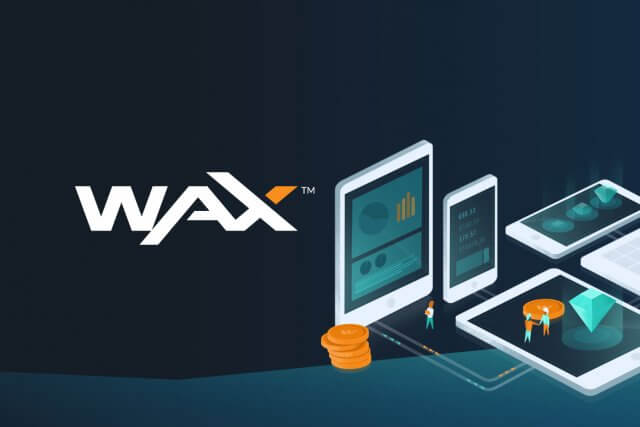 Blockchain is set to conquer all nature of industries. But already, virtual gaming enthusiasts all over the world have a reason to celebrate as the technology makes inroads into this space, thanks to the WAX platform.

Today, more than 400 million players purchase over $50 billion worth of virtual items every year. This shows the extent to which the virtual industry has grown.

When you think of an economy that’s already so embraced, and deals with rare assets, it’s easy to see blockchain making things grander if added to the equation. The tech would inject more effectiveness, interoperability, and transparency.

Virtual gaming fans would also be delighted at the prospect of gaming on a peer-to-peer and decentralized environment that’s free of centralized control.

WAX is a blockchain-based platform that wants to make this possible. In this article, we’ll explore this exciting platform as well as look into its token, and where you can purchase it.

WAX is a global, decentralized, and peer-to-peer marketplace for virtual assets. Anyone can run their virtual marketplace without worrying about security, speed, and payment processing. The WAX team is targeting the more than 400 million gamers all over the world who are already buying, selling, and collecting virtual items. WAX’s proposition is a trustless service, ultra-modern security, and real-time payments.

The platform wants to bring players all over the world into a peer-to-peer and smart contracts-based virtual gaming environment. In the words of WAX president Malcolm CasSelle: “The vast majority of gamers who buy and sell virtual assets today are likely to have their items stolen or pay exorbitant fees through cross-border transactions unless they go to a centralized trading platform. The ideal solution to this problem is a global virtual asset repository accessible to anyone, which provides a complete catalogue of all items available for sale in real-time.”

Who are the Participants in the Wax Network?

#1. Store Owners – Individuals/entities who operate their own virtual gaming marketplace. Just like the internet opened up new ways for enterprises to reach new audiences, the same way the WAX blockchain network is opening up a new frontier for virtual game owners.

#2. Guilds – These are block producers. They earn WAX Guild Rewards for producing blocks.

#3. Standby/Reserve Guilds – These are “backup operators” who can be relied on to produce blocks on random requests. Standby guilds also earn their share of WAX Guild Rewards.

#4. Transfer Agents – They review transactions, along with:

#5. Appraisers – These are members who are well familiar with the pricing of their favourite games. Appraisers can lend their knowledge and expertise of games to verifying various services.

#6. Asset Creators – These are members with an entrepreneurial flair who can come up with their own virtual items that they can trade on the marketplace

WAX employs the DPoS consensus algorithm to maintain honesty and optimize operations on the blockchain. WAX token holders usually choose WAX Guilds via a continuous voting process. To be selected as Guilds, token holders can convince other token holders to vote for them.

The system ensures honesty in Guilds by implementing a continuous approval rating. As such, Guilds are incentivized to maintain a high level of transparency. Another way of keeping them honest is the knowledge that they will lose their Guild Rewards if they act in a less than trustworthy manner.

The WAX blockchain produces a new block every 0.5 seconds, with one Guild being authorized to produce one block at any time. If a block is not produced when it’s supposed to, its slot is skipped. If one slot gets skipped, a 0.5 gap is created on the blockchain. The network disincentivizes this by withdrawing Guild Rewards from WAX Guilds, who produce 50% or less of their allotted blocks.

What are Wax Tokens?

WAX tokens are the virtual currency of the WAX network. They facilitate the tokenization and exchange of virtual items for cryptocurrency. They’re also the medium through which buyers purchase virtual games. WAX tokens are also used to reward various participants for their contributions to the network. These participants include:

Who is Behind WAX?

The team behind WAX is also the one behind OPSkin, an online game trading platform. OPSkins CEO William Quigley is also CEO at WAX, while OPSkins founder and CTO John Brechisci Jr is the lead designer. Jonathan Yantis is the COO at both entities, with OPSkins CIO Malcolm CasSelle acting as President of WAX.

Where to Buy and Store WAX

The WAX token can be found on several exchanges, including Huobi, EtherDelta, Bittrex, Upbit, Bancor Network, and Tidex.

The token is based on Ethereum and can, therefore, be stored in any Ethereum-compatible wallet. Popular options include MyEtherWallet, Jaxx, Parity, Guarda, Trust Wallet, Ledger Nano, and Trezor.

WAX will improve the online gaming environment in a way that wasn’t possible before the advent of blockchain technology. It will enable seamless payments processing, high-level security, and a decentralized platform that’s immune to the whims of centralization. The team behind the project has a wealth of experience under their belt, and this should come in handy in making the project a success. The online gaming community is banking on it.