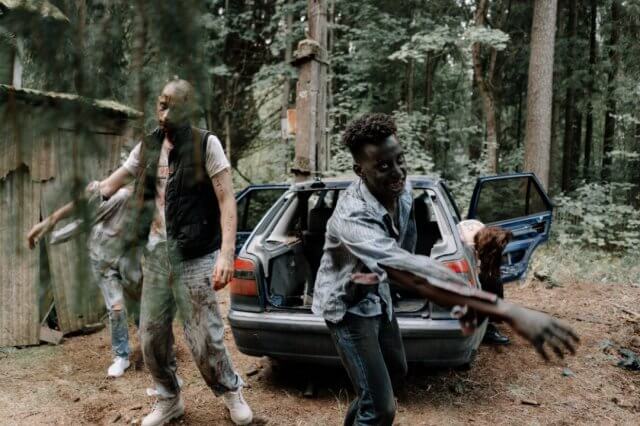 A year after the repo explosion, Cantillon Effect, Minsky Moment, the economy has become a zombie.

A year ago there was one of the greatest events of liquidity scarcity in history, for a moment the world economy was on the verge of collapsing fatally, forcing the Central Banks, especially the FED to print money in an accelerated manner, since the Eurodollar or reserve currency system, the dollar, had dried up and there was a demand for dollars above normal, everything was triggered by a shortage of liquidity, by excessive leverage of companies and Banks.

This shortfall in liquidity caused enormous volatility in the US Treasury bond market, which acts as a basis and liquidity for the other markets, leading to real phases of extreme volatility in the equity markets. With extreme volatility and falling rates, all brought about by the Fed’s decision to reverse QE and the printing of currency the market was collapsing like a house of cards, this shows a fragility never before seen. This could prove that we are dealing with a zombie economy.

This was just the symptom that the economy is not going well and in fact still not going well, the virus is still the perfect excuse to lead the economy and societies to a new feudal system, where a transfer of wealth from the less affluent classes to an elite that uses the virus for social engineering experiments occurs, plus the greatest monetary experiment in history with record prints of paper money or credit money as I call fiat money, to impose a series of reforms leading to a less free and more docile society, in a new regime of semi-slavery.

And as we see to build a new world order you have to do a hard reset or a great reset, you can only get it by destroying the old system and that is why the Fed has kicked ahead and prints as if there was no tomorrow. And before the minimal reduction of its balance sheet the markets are staggering and staggering because we are; we were a year ago in Minsky with an economy in a Ponzi debtor state, which defines Minsky.

The Ponzi debtor, that before any fall will not be able to pay even the interest and this is the consequence that it is based almost mainly on the increase of the prices of the assets to continue refinancing the debt. We have zombie companies that only survive if the stock price keeps going up, as they are still without liquidity. The Fed has to print so that the Ponzi scheme in which the world economy has become collapsed, thanks to the MMT and its idea that you can have deficits unlimited and that you can print without consequences when it is false. This is when we come across the Cantillion effect and how the economy is directed towards a feudal system.

It is precisely what describes the monetary speed, which is neither more nor less the times when money changes hands, and which has a very strong influence on the real economy, say when there is a collapse of the times when money changes hands, It is telling us directly that the real economy is freezing, and therefore inflation in the real economy is cooling, that is, apparent deflation. But when you print so much money, you get a drop in purchasing power, so you don’t directly have inflation from price hikes, you have inflation from currency devaluation, even if prices fall and technically there’s deflation, the reality that the value of credit currency falls faster than prices fall and we actually have an inflation rate for loss of purchasing value. This is what is known as the Cantillon effect.

As defined by Economipedia: The Cantillon effect explains the uneven effect that monetary policies can have on the economy. For example, if a central bank injects money into the economy, the resulting inflation (the price increase)  is not reflected uniformly. Richard Cantillon (1680-1734) became the first economist to assert that any change in the money supply distorts the structure of an economy.

This is because newly created money is not distributed simultaneously or uniformly throughout the population. The process of monetary expansion therefore involves a transfer of wealth. This basically means that those closest to the central banks take advantage of this new money and buy consumer goods or capital at a better price, that is, elites and governments. While the rest of us mortals are at a disadvantage because with less purchasing power and without access to that new credit we cannot acquire assets and when we can the asset prices have already skyrocketed, showing that the money supply is not neutral, is harmful, and produces a transfer of purchasing power from the less affluent to the wealthier classes, a reverse Robin Hood. A neo-feudal system or as they call it a new world order.

A new world order where puppet elites and governments do not allow the less affluent classes to enter the markets as they cause hyperinflation of shares, and a fall in the purchasing power of the less affluent classes, that the elites compensate by having before anyone access to the newly created credit currency. This means that the chances of the poorest people escaping are diminishing, we are facing a slave system. And it is not because of the (non-existent) free market, but because of ideas closer to the Marxism of the MMT.

And this is how the economy and the free market dies, it becomes a great Ponzi scheme, where a privileged few turn into a casino the world economy, full of zombie companies living on the cost of issuing new debt and stealing purchasing power from citizens. The Cantillon effect is the weapon that these elites use to maintain the status quo and that the great reset is the new neo-feudal system that they have prepared for us.