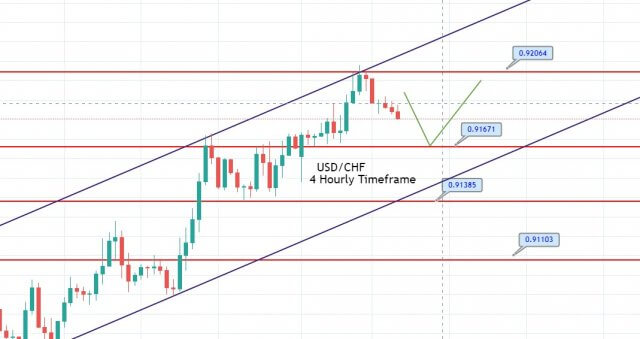 During Tuesday’s Early Asian trading session, the USD/CHF extended its overnight losses and remain depressed around just above the 0.9167 support level mainly due to the broad-based U.S. dollar weakness. However, the prevalent downtrend in the greenback is mainly tied to the upbeat activity numbers from the U.S., China, and Europe, which rekindled economic recovery hopes and kept market trading sentiment positive. Moreover, the political uncertainty in the U.S. also weighs on the already weaker U.S. dollar, which adds further burden around the currency pair.


Technically, the USD/CHF pair has entered the overbought zone at the 0.9204 level and below this, the market has initiated the retracement/correction in the USD/CHF pair. Therefore, we have opened a sell trade below 0.9200 area to target quick 40 pips—checkout out a trading plan below.