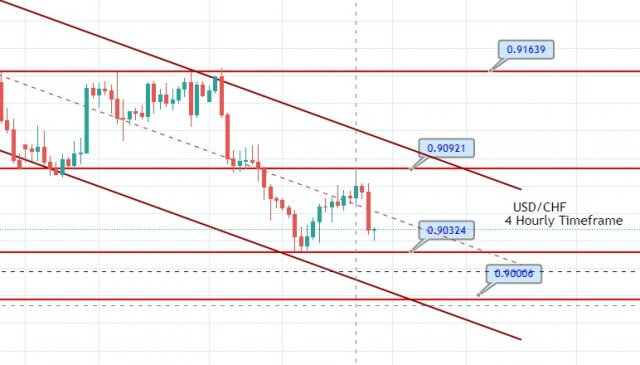 During Friday’s European trading hours, the USD/JPY currency pair failed to stop its previous session bearish moves and took further offers below mid- the 0.9000 level. However, the reason for the bearish tone around the currency pair could be associated with the broad-based U.S. dollar weakness, triggered by the risk-on market mood, which tends to undermine the safe-haven U.S. dollar. Hence, the upbeat market sentiment, supported by optimism over a potential vaccine/treatment for the highly infectious coronavirus.

While discussing the positive side of the story, the renewed optimism over a possible vaccine for the highly infectious coronavirus disease boosted the market risk tone. However, the hopes of the vaccine were boosted after Gilead Sciences received US FDA approval for its antiviral therapy to treat the highly contagious coronavirus disease. Elsewhere, the reasons for the risk-on market trading sentiment could also be attributed to rising expectations of further U.S. stimulus package. These hopes were fueled after the positive remarks of President Donald Trump and House of Representatives Speaker Nancy Pelosi, which eventually raised hopes for the measures to be passed before the election. Thus, the risk-on market mood tends to undermine the safe-haven Swiss franc, which becomes the key factor that lends some support to the currency pair to ease the intraday bearish pressure surrounding the USD/CHF pair.

As a result of the upbeat market sentiment, the broad-based U.S. dollar failed to gain any positive traction on the day. Apart from this, the U.S. dollar losses could also be associated with the increasing expectations of a strong Democratic victory in the U.S. elections, which tend to undermine the greenback. However, the U.S. dollar losses became the key factor that kept the currency pair under pressure. Simultaneously, the U.S. Dollar Index that tracks the greenback against a basket of other currencies dropped to 92.757.

Across the ocean, the equity market’s optimism was rather unaffected by the intensified US-China tussle and Brexit concerns. At the US-China front, the U.S. Secretary of State Michael Pompeo designated 6-more Chinese publications as “foreign missions”, or media outlets controlled by Beijing, at a Wednesday briefing. These headlines have little to no impact on the CHF markets.

Looking forward, the market traders will keep their eyes on the USD moves amid the lack of major data/events on the day. However, the final presidential debate between President Donald Trump and his Democratic rival Joe Biden. will be key to watch. Furthermore, the risk catalyst like geopolitics and the virus woes, not to forget the Brexit, could not lose their importance.