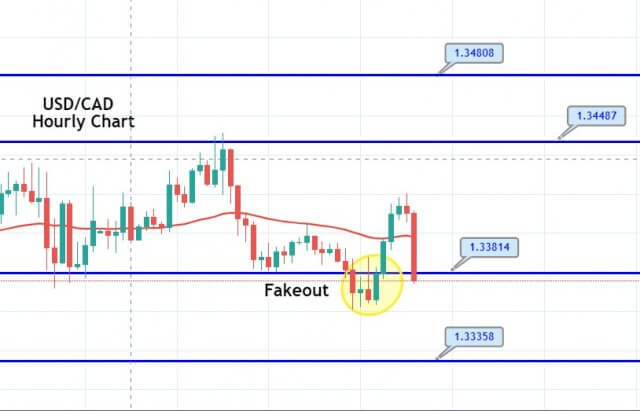 During Tuesday’s early European trading session, the USD/CAD currency pair failed to stop its Asian session losing streak and dropped further below the 1.3400 level mainly due to the U.S. dollar weakness that was triggered by gloomy U.S. economic outlook and witnessed by the Job losses in the U.S. manufacturing sector. The weaker oil prices due to the continuous surge in COVID-19 cases, US-China on-going war, and OPEC Production Boosts undermined the commodity-linked currency the loonie, which helped the currency pair to limit its deeper losses. At this particular time, the USD/CAD is trading at 1.3384 and consolidating in the range between 1.3358 – 1.3405.

If talking about the U.S. virus condition, the United States crossed 4 million officially recorded Covid-19 cases and covered a significant part of that recorded in just the last 15 days, which eventually ruined hopes for a quick economic recovery.

Despite this, the U.S. President Donald Trump has decided to reopen the country and said in the White House press conference that the permanent lockdown was not a workable plan to fight COVID-19. He also gave hopes about the virus vaccine and said that the U.S. would have a vaccine by the end of the year. The risk-off market sentiment was faded away after this statement that leads to the losses in the USD/CAD pair.

At the USD front, the broad-based U.S. dollar failed to continue its bullish momentum that was supported by the earlier U.S. data. The U.S. dollar reported losses on the day as the United States was still fighting the coronavirus, and the economic recovery hopes were declined because of that. However, the weakness in the U.S. dollar kept the pair under pressure. Whereas, the U.S. Dollar Index that tracks the greenback against a basket of other currencies was stood at % 93.498.

At the crude oil front, the WTI crude oil prices remain around $40 levels as concerns about the continuous surge in COVID-19 cases could halt fuel demand recovery. The increase in the Organization of the Petroleum Exporting Countries (OPEC) production made by Saudi Arabia also weighed on the oil prices. However, the crude oil losses undermined the commodity-linked currency the loonie, which helped limit deeper losses in the pair. Looking forward, the market players will closely follow the virus updates and U.S. fiscal news, which will entertain market players amid a light calendar.

On the hourly timeframe, the commodity currency pair violated the support level of 1.3380 level, which worked as a triple bottom. It was supposed to lead the USD/CAD prices further lower until 1.3335 level. But unfortunately, the breakout pattern turned out to be a fakeout pattern, and the pair reversed to trade at 1.3420. Right after testing the stop loss, the USD/CAD pair reversed again, this time in our favor, but our position is already closed at SL. For now, let’s wait a bit before taking another selling trade. Good luck!