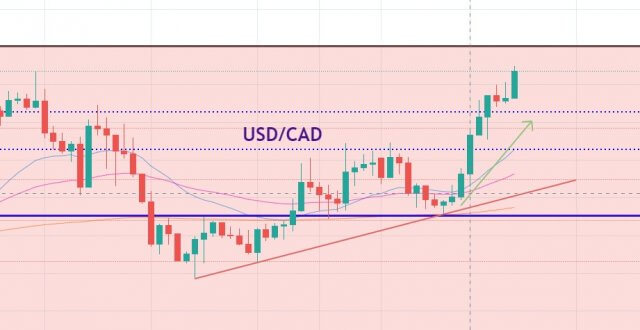 The USD/CAD currency pair failed to stop its previous session declining rally and took some further offers while refreshing 3-day lows, around the 1.3135 regions in the last hour. However, the sentiment around the currency pair was being pressured by the US dollar’s selling tone. Hence, the broad-based US dollar weakness could be associated with the renewed optimism over a possible vaccine for the highly infectious coronavirus disease, which eventually forced investors to continue dumping the safe-haven greenback.

Apart from this, the doubts over the US fiscal stimulus measures and upbeat China data also weighed on the broad-based US dollar. On the contrary, the subdued/range-bound trading moves around the crude oil prices could be considered one of the key factors that kept the lid on any additional currency pair losses. At the time of writing, the USD/CAD currency pair is currently trading at 1.3162 and consolidating in the range between 1.3132 – 1.3187.

The global market trading sentiment got a strong boost after AstraZeneca resumed phase-3 clinical trials of its COVID-19 vaccine candidate. As per the latest report, the Chinese CDC chief biosafety expert recently confirmed that the Ordinary Chinese could take the COVID19 vaccine as early as November or December as the phase III clinical trial went very smoothly. Besides, Pfizer and BioNTech also boosted vaccine hopes while saying that they are also looking to expand their candidates’ trials.

Furthermore, the risk-on market sentiment was further bolstered after the release of stronger-than-expected Chinese industrial production data, which strengthened the hopes that the world’s second-largest economy is returning to normal and weighed over the US dollar. At the data front, China’s August Retail Sales YoY, the number came at 0.5%. 0% exp and -1.1% last, with Industrial Output YoY at +5.6% and +5.1% exp and +4.8% last. In the meantime, the Fixed Asset Investment YoY unchanged at -0.3% vs. -0.4% expected and -1.6% last. At the same time, China’s January-August Private Sector Fixed Asst Investment dropped by 2.8% YoY.

As a result, the broad-based US dollar failed to gain any positive traction and remained bearish. Moreover, the US dollar losses could also be attributed to the doubts over the US fiscal stimulus measures. The chances for a comprehensive stimulus seem weakened after Democratic voted to block a Republican bill that would have provided around $300 billion in new coronavirus aid. However, the losses in the US dollar kept the USD/CAD currency pair under pressure. Whereas, the US dollar index dropped to 93.029, slipping further from a one-month high of 93.664 touched last Wednesday, with its low last week of 92.695 seen as immediate support.

However, the market trading sentiment was rather unaffected by the rising global COVID-19 cases, fears of no-deal Brexit, and the Sino-American tussle. At the US-China front, Sino-US’s tensions picked up further pace after the US blocks Chinese goods made with forced labor. As per the latest report, the Trump administration has banned importing certain apparel and computer parts from China, while saying forced Muslim laborers make them from the Xinjiang region.


The USD/CAD pair is trading sharply bullish at 1.3237 level, having formed a series of bullish engulfing candles on the hourly timeframe. On the higher side, the pair may soar further until 1.3243 level. The MACD and RSI suggest a bullish bias, while the 50 periods EMA also suggests a bullish trend. Let’s follow a trading plan below.