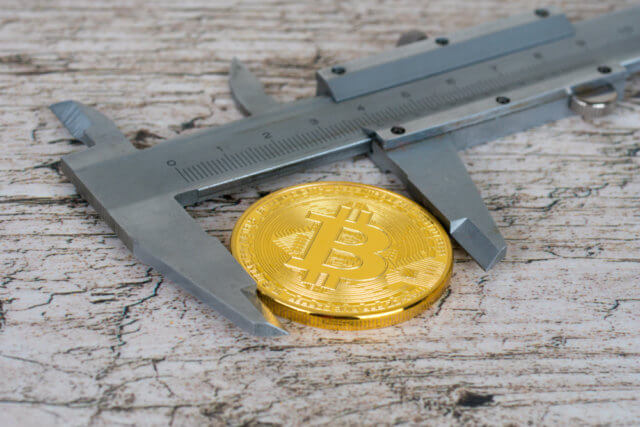 The crypto market is flooded with thousands of coins, and every new week we hear of another one joining the bandwagon. With this level of proliferation, it can be daunting to pick apart the real thing from the chaff.

Cryptocurrency metrics go beyond the market cap or popularity of a coin. These are pretty limited ways of determining the measure of a cryptocurrency’s utility. So how do you distinguish between a robust currency poised for long-term success and a weak or fake one?

Alternative metrics that can help you track and understand the value of different cryptos.

i) Decentralization of Nodes

How many nodes does a cryptocurrency have in its network? Nodes are the computers supporting the network from around the world. The more nodes a network has, the safer it is. Having a few nodes makes it easier to attack a network. Why does having decentralized nodes matter?

Resilience under attacks: having many nodes in a network makes it almost impossible to carry out a 51-percent attack.

Censorship-resistance: having a wide base of nodes makes it hard for states or governments to control or shut down the network. Nodes from around the world can replace each other in case some country manages to clamp down on node running.

Store of value guarantee: if many nodes are supporting a network, it means that the network is credible and can be trusted as a store of value.

Who are the main developers behind the project? Do they have the relevant experience to create a robust cryptocurrency? Developers should also be able to provide regular updates about the network to ensure users of their and their funds’ security and privacy.

Developers also need to be able to sustain the value proposition of a cryptocurrency. They are also important for brand support of the cryptocurrency.  For instance, Ethereum boasts a solid reputation thanks to its creator Vitalik Buterin who is actively involved in the development of the network.

There is also the need for an opposing side to the main developers. For instance, Ethereum Classic and Bitcoin Cash act as a check and catalysis for functionality upgrades for Ethereum and bitcoin, respectively.

iii) The Solution the Coin Provides

Does the cryptocurrency have new insights for space? Does it have any unique features that solve problems that its predecessors have not been able to? Look at Zcash’s technology, zk-Snark, which allows the network to anonymize transaction histories.  Consider also Ethereum’s trailblazing smart contracts and decentralized applications that allow people to create contracts without the need for expensive intermediaries and create uncensorable applications, respectively.

By comparing your favorite coins, you can discover unexpected results that will help you decide which cryptocurrency is worth investing in.

v) The Number of In-Use Wallets

This shows the network has active users – a non-negotiable for any crypto.

This is a metric that shows how much computational power a network is using. A high hash rate signifies a healthy network. It means the network is being supported by many nodes, which, as we saw above, is a good sign.

The trade volume of a cryptocurrency is demonstrated by such things as being available on many exchanges, having many trading pairs, and so on. If a cryptocurrency has been on the team for several years and it has a weak daily trade volume, that should tell you one or two things about its worth in the market.

The crypto market is known for its wild price swings. But that does not mean that gains or losses of 250% to 900% in a span of 24 hours are normal. Such swings should point to something unusual behind the scenes, such as the crypto being centralized or some artificial price action.

For you to measure the value of that crypto, you’ve been angling, check out the above metrics and see if the numbers point to a healthy, thriving coin, or one that’s floundering. The more decentralized a network is, the stronger and safer it is. If its daily transaction volume shows active interaction with the network, then it’s a safe bet. Also, a coin’s value proposition must bring something fresh to the crypto space, or it risks fading into irrelevance in the ultra-competitive crypto market.

By utilizing these metrics, you’re on solid footing the next time you’re shopping around for crypto to invest in.