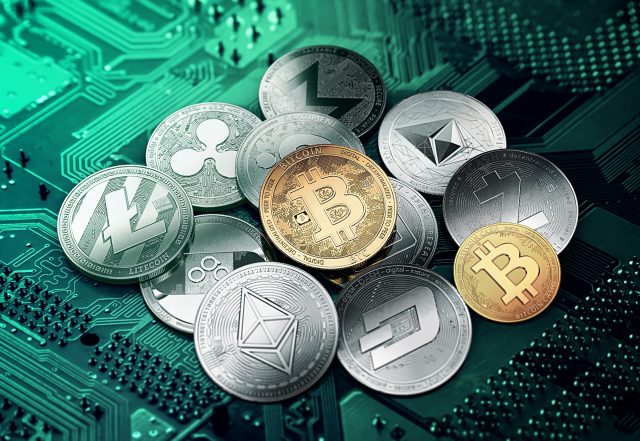 The USD is losing its privileged status, many say. Others believe that it will never go away. Still, different financial books describe how the reserve status impacts reserve currencies, such as the USD, with time. The problem with these safe-haven currencies is that their issuing countries can borrow and spend as they please without facing an immediate backlash that other non-reserve nations would in a similar scenario. Decades of reckless spending and management may lead to severe consequences, rendering the reserve currency nations indebted and abandoned by the rest of the world. The loss of trust in one reserve currency’s creditworthiness inevitably leads to another currency acquiring this status.

And, in the past few years, we have seen extensive attempts to reduce the dependence on the USD. Aside from the United States’ 27.45 trillion national debt, the worldwide frustration with the USD’s global monopoly has reached its peak. The US foreign policy, in particular, seems to raise concern in other nations, with Russia and China being the most vocal opponents to the US meddling in international trade. The US claim to its jurisdictional authority over any transactions settled in and out of its territory also drew the attention of the European Union, especially after the US took severe measures to control European banks’ and companies’ activities even though they abide by the local laws.

Reserve currencies are believed to enjoy this privileged status for a period of approximately 80—100 years. As the USD has served as the global reserve currency since WWII, its rule may just be over soon. Many believed that the USD would lose its influence after the Bretton Woods agreement, which promised that the US would avoid trade wars, fell through in the 1970s. The new petrodollar system ensued and world oil exporters agreed to settle their exports in the USD and invest their profits in US Treasury bonds. While petrodollars helped the US maintain its dominance for more than half a century, the global oil trade dynamics are changing and a question mark hangs over the future of the USD once again.

These changes are already visible. China has begun trading a crude oil futures contract priced in the JPY instead of the previously used US dollars. And, if the USD has been replaced like this, imagine how much room there is for a cryptocurrency to take over. Naturally, it would be highly impractical to settle international trade or keep central banks’ assets denominated in all world currencies, which is why reserve currencies are not only useful but necessary as well. Throughout history, the world simply found it easier to pick one currency they could trust the most to serve as the global reserve currency, not because they necessarily wanted to have to trust another government.

So far, reserve currencies have been chosen based on the strongest credit and military. However, after the distributed ledger has been invented (which we talked about in the previous article of this series), the world has a system that can scale to meet the needs of the global economy without having to trust any single nation to take charge. With the digital currency system, there is no need for having a reserve currency as we know them.

The world is still immersed in which cryptocurrency ranks better, while the role of the new reserve currency is there for the taking. The only requirement would be for different central banks to agree on using the distributed ledger system, thus limiting the power of any single government. The US, however, may not take these changes lightly because they would directly interfere with its foreign policy and affect its global position. The rest of the world would, needless to say, welcome the use of the new system with open arms. The possibility of adopting this new system also raises additional questions; for example, will the changes involve different countries building in features that could benefit them individually?

While many predict that bitcoin is going to take the role of the new global reserve currency, we mustn’t forget that it was solely created as means to settle private financial transactions without having to deal with law enforcement. Nonetheless, it is a rather far-fetched idea that governments, which are tasked with overlooking and regulating any financial transactions, are going to let go of this power so easily. The truth is, governments still have a say and will hardly opt for bitcoin or any other cryptocurrency to replace the existing monetary system just yet. We may, however, expect to witness the enactment of some stringent laws that would limit or completely prohibit cryptocurrencies. While governments may find it hard to silence the crypto community, they are far from powerless to impose any regulations that would help their cause of maintaining power. 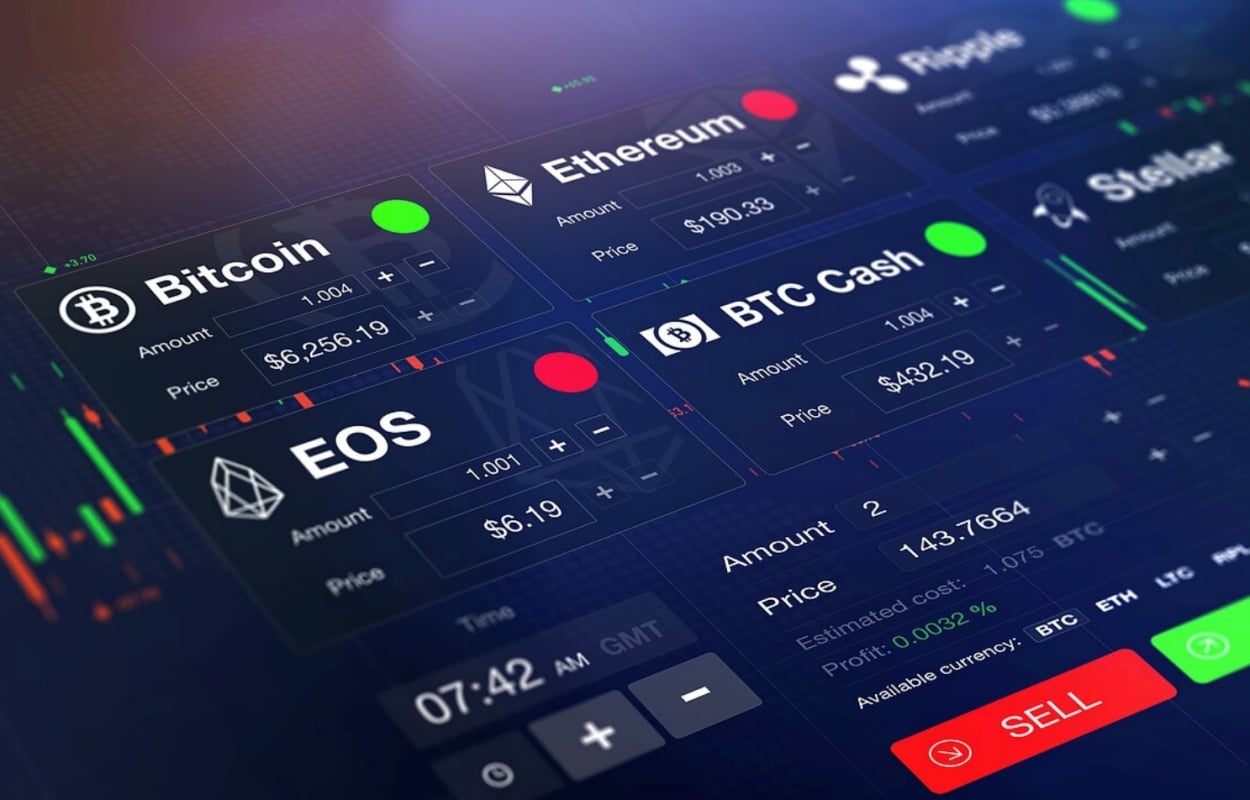 Central banks across the globe seem to have already recognized the potential gain of the crypto world, as they issued CBDCs – central bank digital currency, a blockchain-based variant of current currencies such as the USD. Interestingly enough, in the United States, a future CBDC is commonly referred to as a Digital Dollar. While the US Federal Reserve has only recently started to openly communicate their years’ long CBDC research findings, the information shared in the past year commonly points towards the digital currency’s benefits – increasing efficiency and transparency and reducing illegal activity.

Big US companies, such as Facebook, also seem to be seeing the benefits of engineering their own cryptocurrency and, considering their impact on the global scale, we can expect to see some interesting long-term ramifications. Re-engineering money may become one of the strongest pursuits of the financial industry, and the USD’s current struggles may just shove it aside even more.

Yes, the US witnessed some unprecedented moments concerning its official currency in the previous year. Interestingly enough, 21% of all USD (M2) was printed in 2020 alone. This impressive surge in the USD stems from the US government’s freedom to print more money to help its economy. The entire conundrum began in March last year with liquidity issues sparked by the Russia—Saudi Arabia oil price war. Upon the breakout of the COVID-19 pandemic, economies and global trade found themselves at a complete standstill.

While the US was not alone in this money-printing craze, the USD is facing quite a few challenges at the moment. We are currently seeing the USD at the largest short position since 2014, which only means that investors are betting against the currency at record levels. The net positioning of non-commercials presented in the chart below reveals how the wall of shorts piled up all year long, weakening the USD and leaving room for real assets to soar. Gold and silver markets also saw unbelievable spikes in 2020, along with bitcoin that continues to impress traders even in January of 2021, making the USD rather pale in comparison. 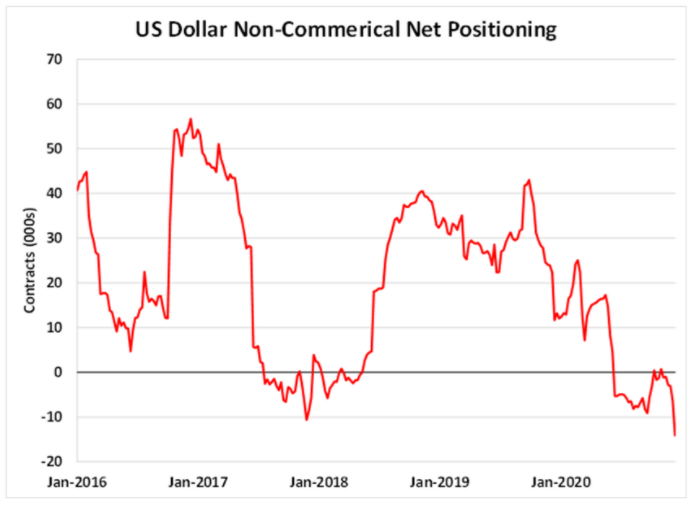 Still, should we give up on the USD? Well, the USD continues to dominate as a global trade payment currency, with a 79.5% inter-regional currency usage share. Despite the past year’s scenario, the USD maintained its global importance. And, if all currencies happen to go down, the USD still seems to be the best choice to hold on to.

Since even the FED admitted to having been testing the CFDC for years now, we may just relax for now and trade as we did so far. The onset of a new monetary era is there, yet more time should pass before we can all start to see any major changes in our everyday lives, which is why we are better off polishing our crypto trading skills and diversifying our coins’ spectrum as we explained in the first article of this series.