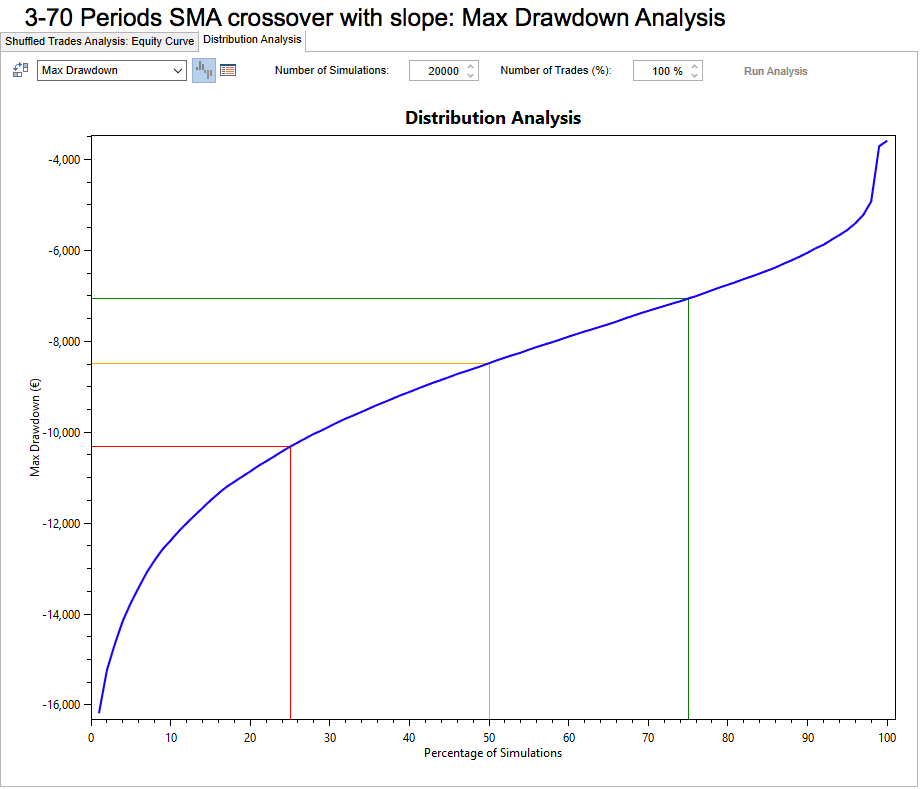 The economic cycles are one essential topic studied by the economy. There is a wide variety of literature that mentions the fluctuations and long-term trends of economies. But behind these cycles and trends, there are variables that explain why the economy behaves in that way and are also affected by the state of the economy. These variables are the level of employment in an economy and access to credit by companies and individuals. When an economy is slowed, the level of unemployment increases and access to credit is restricted due to higher provisions of the banks due to a higher risk of default. It is important to analyze how these variables are found to examine which economic cycle this country is.

Some variables may be magnified or affected by economic cycles, a topic analyzed in the article Cycles and Economic Oscillations. Two of the variables that will be analyzed are employment and the financial sector. If it is possible to understand how these variables behave in the business cycle of the economy, it will be possible to understand the mechanisms of propagation of shocks. In the case of the labor market when presenting certain rigidities, it does not react immediately to changes in the economic cycle; on the contrary, it takes time to balance. There are several explanations of why real wages can be rigid.

The first theory that tries to explain why wages are rigid is the existence of long-term contracts between workers and companies. Long-term contracts provide insurance and specific parameters that must be respected by both parties so that wages can be stable over time regardless of the labor market situation. Another theory highlights the role of unions which try to ensure the employment situation of their members and the actions taken for this can generate rigidities. The last theory that deals with the rigidities of the labor market are efficiency wages. The more a person’s salary is, the more incentives they will have to develop their work better.

But efficiency wages do not explain well why wages should be rigid since companies can in some cases verify the efficiency of their workers and, accordingly, set wages. In addition, there are currently performance bonds that serve to incentivize their workers. Workers make further efforts when economic cycles are in a depression or recession phase, since unemployment increases in these cycles, which makes it riskier to lose their jobs because it will be harder to find work. Therefore, salaries will be increased when there are better employment rates because there is more incentive for workers to perform well.

The frictions of the labor market, although they generate that there is an uncoupling between the economic cycle and the labor market, also reflect the situation in which the economy finds itself because the variables of the labor market present fluctuations like the economy. Also, these rigidities generate persistence in some variables such as wages and the unemployment rate which implies that when setting monetary and fiscal policies it is necessary to keep in mind that the variables do not respond instantaneously but rather adapt slowly due to the persistence in shocks.

The difficulties of the salary to adjust to full employment and the speed with which the long-term employment flows are adjusted contribute to understanding how the product is behaving throughout the cycles. Real rigidity also helps magnify nominal rigidities, by making companies more sensitives in their utility when there are price changes. When an economy is in cycles of depression or recession, there is evidence of increases in unemployment due to lower growth which leads to more layoffs and when people try to find new jobs offer them less salary which implies a drop in productivity.

It is because of these problems that the policies of governments and financial entities should be directed to develop financial markets better and make their access easier. If there is a financial market where companies can obtain loans for the development of their activities, the destruction of employment can be avoided, which will prevent wages from falling. The credit channels will be incentivized by monetary policies that affect the volume of loans of the banks and how this, in turn, affects the aggregate demand. That the loan channels are a variable of the monetary policy that can be used in addition to the management of the interest rate by the central bank.

If there were no distortions in financial markets, the demand for funds from companies would always be covered. Due to some regulations, credit channels are not continuously available to all businesses. The companies that are most affected by these rules and behavior of banks are medium and small companies which face higher loan costs, and it is not easy to enter the capital market because there are transaction costs to issue their shares, so they also do not have access to this means of financing. In the following graph, you can see the market capitalization of several countries.

Credit channels are a mechanism used by monetary policy but also serve as a propagation of the economic cycle in the face of a shock. The primary source of transmission of business cycles in credit channels is the volume of loans issued by financial institutions. When there is less volume of loans due to provisions that banks have for bad credits granted, there are fewer resources to issue loans which affect the level of activity of an economy since investors cannot ask for as many resources as they would like.

On the contrary, when there are booms in the economies, credits increase as banks have fewer provisions for bad loans and can lend more. These correlations occur in most countries regardless of domestic production or the development of the financial system. It is important to mention that the provisions affect the profits of banks which also affects the incentives to lend during recessions where it is normal for many of their loans to be risky.

To carry out some projects, medium and small companies must finance using their resources or some specialized entities. Even the issuance of bonds is limited to these types of companies due to the transaction and valuation costs of their assets. These high costs faced by companies are due to information asymmetries where banks must invest part of their resources in research to the people they are willing to lend to. Besides, as already mentioned, the provisions are also costly for the utility of the banks, so the risk they face when they lend money is transferred to their potential clients. The following graph shows the percentage of domestic loans provided by the financial system. There is a relationship between higher development and a more developed and accessible financial sector.

In addition, banks cannot always be monitoring if their clients are using their resources properly, which is called in the economy, moral hazard. Moral hazard exists when a person can have bad behaviors and has no consequences. In the case of banks, people can be irresponsible with money management and take excessive risks, so banks must monitor the behavior of people.

Finally, when the central bank increases its interest rates, the banks adjust the credits they grant depending on demand and how their balance is, and if there are no credit restrictions, there will be no additional effects to a rebalancing in the credit market. But if there are some restrictions in the credit market, increases in rates will cause banks to lend less, also affecting the utility of banks and ultimately also affecting domestic production and investment in the economy.

In other cases, it is possible that external phenomena have repercussions on the national banking system and generate a crisis. For example, if there is a decline concerning trade and a depreciation of the currency might be considered, this may place the economy in a worse equilibrium in which people start panicking. Therefore, this state of panic may drive people to try to get all their deposits out from the banks, generating an effect where the bank runs out of liquidity but with multiple obligations, which might force banks to bankruptcy. These bank failures may induce a financial system collapse, external financing cut, currency depreciates even more, and production enters a crisis.

In open economies, the ability of the government to rescue banks is limited to the availability of international reserves. In addition, when there is a crisis in an open economy with exchange rate parity, this crisis not only affects banks, it also affects such parity, so in some countries with this system of exchange rates a financial crisis and crisis of exchange can be generated at the same time.

In conclusion, economic cycles and their fluctuations can be magnified depending on the state in which some variables are found and their rigidities. The labor market can give clues about what the current state of the economy is like and in what stage it is. Besides, the financial sector also responds to these cycles, and there may be crises during periods of recession or depression if the regulations or the way banks act is erroneous. That is why it is important to analyze different areas of the economy to understand what cycle it is in, how mature is that trend and what are the lags that can be identified to forecast the behavior of domestic production of a country.