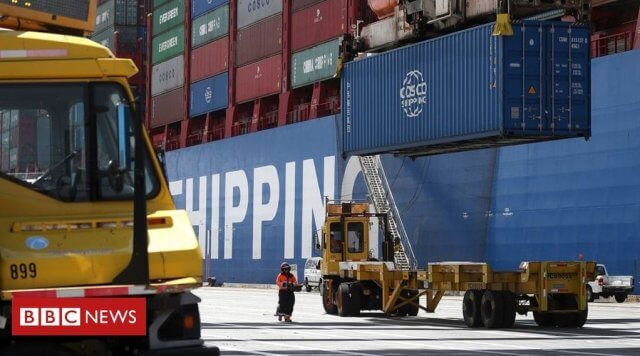 One of the biggest fallacies that traders will encounter when they start trading with Forex is the fact that “news is vitally important”. While news stories do impact financial markets, I think it’s more important to ask this question: “What matters most, why does a market move, or the fact that it does?”

When I started trading, I was constantly looking for the reasons why the currency pair moves in one direction or another. I would have a trade and the market would work against me. I would take some kind of loss and then look for a reason for what happened. Too often, I can find someone on one of the forums or news sites that tell me that “Currency A fell because of the economic numbers that came out overnight”. While this might be true, in the end, it doesn’t matter why it happened. It only matters that it did. Forex trading without seeing the news

Once I began to focus on the WHAT or WHY of a movement, I began to realize that understanding what led to the currency pair in one direction or another was completely irrelevant. What I needed to understand is that, in fact, we broke the support, the resistance, a trend line, or an exponential moving average. It doesn’t really matter what caused it to happen, what mattered is that we have now surpassed that level and the discussion has already taken place. If my trade stopped, I am indeed in the wrong with this equation.

You can always question the market as long as you want about how bad you are, but it’s a great way to lose a lot of money. Too many people worry about whether the market has it right or not. Personally, I know a couple of traders who went bankrupt during the financial crisis a decade ago. They would still be arguing with me about how “this ridiculous drop in stock markets cannot last forever”. In the end, they were right. However, that ridiculous fall lasted long enough to eliminate them financially.

In an even clearer example of how little WHY a market moves in one direction rather than the simple fact that it did, I remember that a pseudo-famous and promising Forex instructor during 2006 was crushed for trying to reduce the USD/JPY pair. His argument was that the money would go back to Japan based on a security trade, an argument that was finally right. Unfortunately for him, he began to shorten that pair of currencies about six months ahead of time. To put us on the worst side, I was so convinced that right that he kept shortening it. He ended up blowing up his account. Even though I was right from an esoteric point of view, the reality is that the pair was going up all that time. In a situation like the one commented, it can be a success, or it can be profitable. It’s your choice.

Anyway, you don’t get the news fast enough. This drives me crazy. When I started trading 13 years ago, many people were involved in news trading. There is a scenario in the world of Forex where I could take advantage of news ads, but algorithmic traders and the machines that have entered the Forex world have tried to exchange economic news when it is launched into the market. There are now programs that analyze news sources for headlines and perform keyword-based trades. Not only is your news supply much slower than you pay thousands of dollars a month, but your running speed is also much slower and the size of your account is not large enough to move the market.

This is not to say that news cannot come into play with its analysis, but it must observe it from a longer-term angle. Let’s take an example, if we have warned of several negative economic announcements outside Canada recently, then you may think that the Canadian dollar is going to be bearish. That’s okay, but that doesn’t necessarily mean I press the sell button right away. What this means is that it has it in as an underlying bullish potential currency. This is what news websites are so good, adding news for the long-term movement. The next five minutes are almost impossible to guess what will happen based on a headline. Liquidity becomes a problem and, of course, machines have made thousands of transactions by the time you even press the button.

Beyond that, I didn’t get into Forex trading to become an economist. Frankly, it’s a little ironic that I’m an analyst. However, the only thing I think you should bear in mind is that we are here to trade and make a profit. It doesn’t really matter why we’re making money, only we are. That’s why there are so many different strategies out there, with such different results from person to person. Because of this, I think what we’re looking at is finding something that’s technically simple for you to follow, and something that you’re willing to follow. In other words, if you get a sales signal, just take it. That doesn’t mean you can’t study the news to observe whether or not a major ad is being published that might cause problems, but you’re there is no spreadsheet trying to guess how many moving pieces are going to move. push the markets around.

Frankly, it’s almost impossible to take all that information to make a good forecast of where a couple of currencies go anyway. This is because there are several competing elements and, of course, competing reasons for people to pass a long or short pair anyway. If we break the resistance, then we go higher. If we break the support, then we’re going down. Why is it really important? Or would you rather trade and have a little profit?