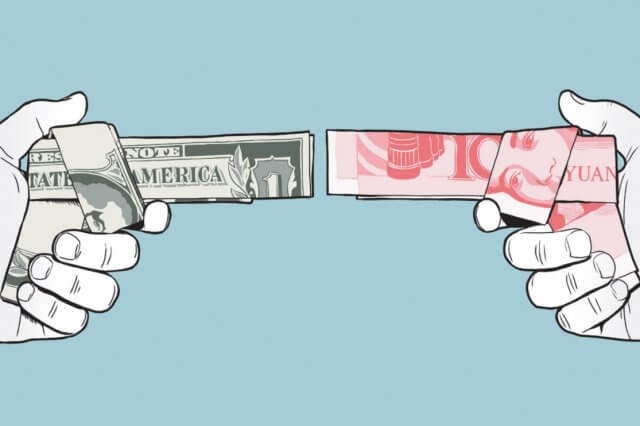 Donald Trump provokes China, but Beijing is no longer the same as at the beginning of 2020. When I look at some people, and in my head, there’s only one thing: how to get a gun license? The last thing the world economy that is fighting the pandemic needs is the resumption of the great trade war between China and the United States.

However, Donald Trump does not give up and continues to roll barrels in Beijing. Then it threatens import duties for the alleged origin of the coronavirus in the laboratory and the non-fulfillment of obligations to buy US products, likewise, it prohibits the largest federal pension fund in the US to invest funds in Chinese stocks, then raises its voice over the final breakdown of relations, which will allow the United States to save $500 billion. Doesn’t Donald Trump wear masks in the White House? They are necessary to keep quiet.

Meanwhile, China, aware of the benefits of its country’s position that brought the coronavirus to its knees, is no longer the same as at the beginning of 2020. China makes it clear that it cannot break the ties. Unless it is a barbed wire. And if the US is going to send her away, it needs to know that the Chinese are lazy, so the Americans themselves will have to take them. Beijing is increasingly moving from diplomacy to threats: it stops buying pork from Australia in retaliation for Canberra’s intention to conduct an international investigation into the origin of the coronavirus, spreading rumors about an American plot against his country, encouraging States loyal to him.

China’s belief that it will be able to defeat the rotten West, as it was after the crisis of 2007-2009, when thanks to the growth of Chinese GDP, the world economy managed to recover. It feels like we’re watching the second part of a 12-year-old action film “Before the World Stayed In Whales, Now In Chinese”.

As for Trump, Beijing has long chosen the same tactics as Fed president Jerome Powell. Ignore the angry speeches of the President of the United States. Everyone knows that ignoring is one of the oldest forms of emotional abuse. The relationship between the two countries increasingly resembles a family idyll, when the husband speaks and gives instructions, trying to prove that he is the head of the family, and the smart wife agrees with him but does everything in her own way. Like it didn’t get to the point where “my husband took me off the friend list, and told her to get out of my house “.

Trump’s discourse on a total breakdown of the relationship seems very much like a man’s desire to break the marriage bond:

– Why did you separate from your wife?

– We have no common interest, except for nine children…

China and the United States have a relationship too close to breaking without pain. And the removal of Chinese companies from supply chains, in which Americans participate, is seriously discussed in the White House, it is almost impossible to implement. Globalization reigns in the world and the solid rally of US stock indices speaks of no trade war. Where does the S&P 500 come from? The wisdom of the crowd… However, people are not always right. They are not always sober.