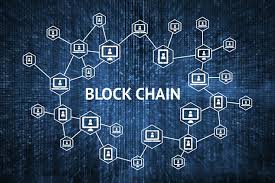 What would it be like if all blockchain projects could work together? Think of a universal blockchain system – one that would be used everywhere across all industries. Take Stellar blockchain, for instance, a project that makes it easy for users to come up with cross-border transactions even in remote, high-latency areas. Vechain blockchain, on the other hand, has almost similar capabilities, but with the aim to enhance supply chain management and business processes.

Now, if the two, and indeed all blockchains, could work in harmony, some of the technical and economical scalability problems within the entire blockchain ecosystem would be solved.

Unfortunately, these two projects – like all other blockchain projects, operate in isolation – denying users the opportunity to benefit fully from the capabilities of the decentralized ledger technology. More so, if blockchain as a whole is to achieve mainstream adoption, all blockchain networks need to work in harmony.

Is Blockchain Interoperability Worth It?

Simply put, blockchain interoperability is the ability of different blockchain networks to interact with each other and share information without restrictions.

With the rise of numerous blockchain projects, none of these networks have knowledge of the information in other networks. While blockchain networks can communicate and share information, the problem is this has to be done with the intervention of a third-party e.g., crypto-exchanges – which are platforms on which traders exchange digital currency pairs

As is always the case; however, whenever there is an intermediary between two parties, expensive transaction costs are inevitable. Besides, the fact that an intermediary is involved undermines ‘decentralization,’ which is the core principle of blockchain technology.

Now, the increase in the number of blockchain projects is a good thing since it expands the growth of the technology – but it also fragments the market. This is especially true with each new project seeking to outdo the former – by solving a problem that the predecessor project apparently couldn’t solve.

Ironically, these projects end up making a trade-off between their security, speed, or level of decentralization as they attempt to out-do each other. Eventually, user experience is eroded – while also hindering the transition of the industry into the mainstream.

As you can see, blockchain interoperability is important not just for improving user experience but also for establishing a unified ecosystem. This would remove the need for blockchain projects to compete against each other, as well as protect the value of the entire blockchain industry.

What is Cross-chain Technology?

Cross-chain is an emerging technology that aims to facilitate interoperability between blockchains. As such, different blockchain networks can exchange information and value without the need for an intermediary.

As such, cross-chain technology facilitates the transfer of information as well as value from Bitcoin’s network to Ethereum blockchain – two networks sharing a common protocol- improving user experience and enhancing efficiency.

The most popular case of cross-chain in action is the atomic swap that was executed in 2017 between Litecoin and Decred. Another one followed where Bitcoins were exchanged for Litecoins. Note that in these two instances, only tokens were exchanged, and assets didn’t have to be moved from one blockchain to the other. But it is anticipated that with advanced cross-chain technology, it will be possible to move an asset from one blockchain to another.

Currently, we have a few exciting cross-chain technology platforms within the crypto-space and even in traditional fiat currency transactions. Here are some of them:

To achieve this, Fusion allows APIs to integrate several data sources, blockchain tokens, and off-chain values into a single public blockchain network. This way, it is possible to trace any asset and tokens on the network. In the process, multi-coin smart contracts are created, enabling users of different blockchains to interact with each other on a trustless basis.

For security, Fusion utilizes bookkeeping nodes to control the private network keys. These nodes are the parties involved in the transaction. To ensure that a single node does not obtain full control of the assets in the network, Fusion uses a proprietary technology known as Distributed Control Rights Management (DCRM). As the name suggests, the tool distributes the control of private keys throughout the public blockchain so that all parties have equal control of assets.

Much like Fusion, WanChain cross-chain project is tailored towards the finance and banking industry. The project aims to bring all digital assets under one blockchain so that users can exchange the assets across different blockchains using the platform’s native coin – Wancoin. All cross-chain transactions are recorded on a tamper-proof distributed ledger system, which makes the platform ideal for banks and other large institutions.

On the security front, WanChain distributes the control of private keys to all nodes on the network, so that one party doesn’t have full control over the digital assets. Unlike Fusion, which supports cross-chain transactions involving traditional assets, WanChain solely focuses on crypto-assets.

Polkadot is a cross-chain project that focuses on enabling the scalability of decentralized computation. To achieve this, the project utilizes a proprietary technology known as parallelizable chains, or in a simpler term, ‘parachains.’

Parachains are smaller forms of blockchains. This means that transactions can be spread over a wide area in the Polkadot blockchain while ensuring high levels of security as provided by the relay chains on which parachains are attached to. The relay chains also enable the parachains to perform independent computations since their communication is secured. By nature, parachains differ in characteristics, making them efficient without being tied down to a specific blockchain language or virtual machine.

Fortunately, with cross-chain technology, blockchain interoperability is becoming a reality allowing users to not only exchange value and information but also save money and time – which would be impossible with independent blockchain projects.