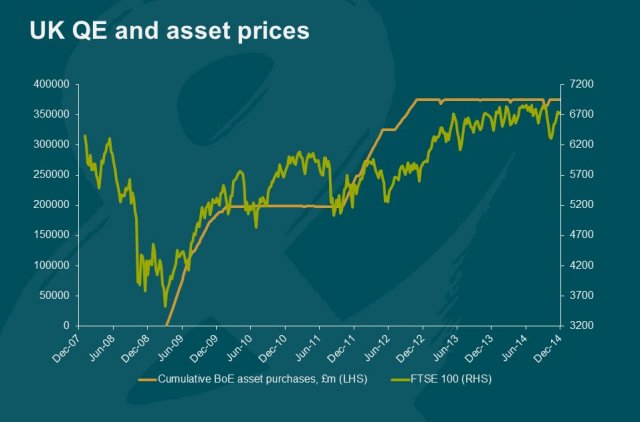 Of all the factors of investment-those deviations in price behavior that, in theory, should not exist-, there is one that stands out over others by a curious and profitable quality: the more it is popularized and the more it is used, the more effective it becomes. It’s about the trend or momentum. That is, from the inertia of prices to continue to rise or fall beyond the reasonable pushed by human nature. Very good news for every investor, because although you can move mountains and alter the course of rivers, human nature cannot be changed.

What is an “investment factor”? Nothing more than an asset selection process or investment strategy that generates, in the long run, a persistent excess of return above the benchmark against which it is measured (its benchmark). For example, the Value investment factor or style consists of, as opposed to selecting actions similar to the index, invest in those companies that are fundamentally undervalued in price, and portfolio-weighted differently from the index. Thus, the fund that applies a Value investment factor is possible -although it is not guaranteed- that in the long term gets an excess of profitability above its benchmark.

More than 600 investment factors have already been detected, although the consensus is reduced to the four most significant: a) the Value just mentioned, b) the excess profitability of shares with low volatility, c) small-size shares with respect to the rest of the market and, finally, d) the “inertia” of prices to continue their previous trend beyond the theoretical random trajectory proposed by academic orthodoxy.

The problem is that any investment factor is liable to disappear if it becomes too popular. Like a 20 euro banknote lying on the sidewalk, if the opportunity is there, however difficult it may be to catch it in practice, it will not remain available for long. For example, if many funds and investors select their shares according to a Value methodology, it creates buying pressure on originally undervalued companies that can make those investment opportunities disappear. In other words, there is a real danger that well-known investment factors will eventually become arbitrations, in the sense that when they become sufficiently popular and widespread, their advantage tends to be progressively reduced until it disappears.

The Inertia of Prices

However, this is not the case with strategies that take advantage of inertia in prices. Capturing and converting this inertia into profitability is the common motivation for funds called “momentum”, “trend following” and “CTAs”. In the case of momentum, it refers to investments that are limited to capturing only bullish trends (long-only) and can be applied as absolute momentum (when only the inertia of the asset being measured is taken into account) or relative momentum (when comparing the relative behavior of an asset with others to decide which/is overponderar). The trend-following/CTAs or trend tracking is similar but is open to capturing both bullish and bearish trends in multiple markets and different time windows.

The different modalities of “Funds of inertia” (the appellative is mine), although implemented in ways sometimes very different and sophisticated, respond to the same underlying phenomenon. Today there are more than 400 billion dollars (400 billion Anglo-Saxon) managed based on this phenomenon in its different flavors.

But as we have said, according to economic theory this deviation in prices should not occur. So why is there this inertia in prices? There are at least three compelling reasons for this, and the good news for investors is that it doesn’t look like this 20-euro banknote on the sidewalk, though difficult to pick up, is going to disappear in the future.

Structural Reasons for the Investment Industry

Most institutional investors have to comply by law with pre-established market risk limits in their prospectuses. This forces them to reduce their exposure to those assets whose risk (usually measured by their volatility or VaR) is growing. That is, it forces them to sell these assets, so with their sales, they help the formation and continuity of bearish trends. On the contrary, a decrease in risk leads them to buy more, feeding in turn the upward trends of assets that are rising in price.

But it is not only the regulatory control of risk that feeds trends. The professional managers, in a personal capacity, are prisoners of the benchmark that their funds try to overcome, so they cannot stay out of the bullish movements. If they don’t buy when the market goes up and sell when it goes down (even if they don’t know why or disagree with the reasons for the move), they risk moving away from their benchmark and being fired. The fear of losing their jobs translates into feeding bullish and bearish tendencies when they appear. As I have repeated on other occasions, the professional managers of large firms do not manage the money of their clients, but their own professional career.

In addition, when a fund is surpassing its benchmark, it attracts investors’ attention and attracts new subscriptions, which have to be invested in those assets in which the fund is already invested, further fueling previous upward trends. The same is true of those funds that are falling in the ranking behind the benchmark: they suffer refunds that force them to sell and thus feed the bearish tendencies.

In short, the very idiosyncrasy of the management industry (investment and pension funds, large insurers, etc.), coupled with the incentives of its own professionals, forces the large players who provide the bulk of volume to the markets to align with trends and feed them.

Regardless of the industry’s structural reasons, the existence of business cycles results in some assets behaving better or worse than others for long periods of time.

Each state of the cycle or combination of states-expansion, recession, inflation, and deflation-generates different underlying dynamics in the economy, causing some types of assets to revalue more than others. Depending on the time of the cycle, this produces long-term trends usually called bullish or bearish markets (secular bull/bear markets). For example, during periods of economic expansion, which can last from one to twelve years, the stock market as an asset is revalued (as an expression derived from the economic boom itself), unlike during economic recessions. These secular trends are also inevitable and exploited by some long-term focused inertia funds.

The pervasiveness of fear and greed in financial markets is evident to anyone with a modicum of investment experience. The human being is gregarious and fickle by nature. What costs you the most, especially when investing, is to be consistent with your principles and strategies. When a price starts to rise significantly, it becomes the fashion theme and attracts the attention of investors. Regardless of the reasons for such revaluation are more or less justified, new investors join the movement by buying in the hope that it will continue. This contributes to nourishing the upward trend in a virtuous circle of growing and widespread greed transformed into buying pressure.

This self-fulfilling prophecy also works in reverse. When a price falls steadily, doubts are quickly dispersed among investors like a virus, producing a vicious circle of sales fed back by a growing fear that may eventually turn into selling panic. These phenomena alone, irrespective of whether asset increases or decreases are rationally or economically justified, are able to provide sufficient inertia to prices and build trends on different time scales usable by inertia funds.

This is so today and it was almost 400 years ago in the Amsterdam that drew the Cordovan José de la Vega in his book “Confusion of confusions”. In its pages, describing the regulars of the Dutch stock market of that time, we see exactly the same type of behavior that we see today in real-time through our mobiles.

In fact, trends are a phenomenon that is systematically found in all historical price series that have occurred and can go back up to 800 years in the past. Regardless of the time and, more importantly, of culture-trends can be observed both in the formation of medieval Japanese rice prices and in our contemporary stock exchanges. The same tulip bubble pattern in early 17th-century Holland is repeated in the South Sea bubble of next-century England or in today’s Bitcoin. As if it were the music of the markets, inertia in prices appears in each and every culture that has developed free markets.

The Stubbornness of Human Nature

“You can move mountains and divert the course of rivers, but you can’t change human nature.” -Medieval Japanese proverb

Will inertia strategies continue to work in the future? We can answer this question with another: what is the factor common to all markets, assets, and historical epochs? The answer is the human being. Markets are a human activity and are therefore inevitably conditioned by their nature. As long as we humans continue to negotiate freely in the markets, we will do so thanks to an organ we cannot let go of our brain. An extraordinary and unique tool in the Universe, but full of biases, fallacies, and emotions; all obstacles to investing efficiently.

In other words, convex strategies based on inertia will continue to work in the future because the human being born today will have the same brain as the human being who traveled the steppes 50,000 years ago. Biological evolution has not had time to adapt to rapid cultural and biological evolution. We continue to arrive in today’s world equipped with a brain prepared for a world that has ceased to exist.

For example, people don’t like to lose money. This is so even if temporarily losing is part of a larger and more profitable plan over a longer period of time. Although we understand it rationally, any temporary loss or potential produces the same suffering: a real pain that our emotional brain never fully understands. Inertia strategies, even if they work, require taking on inevitable and numerous losses along the way, sometimes over several years.

It is inevitable and consubstantial to any convex strategy. But when it comes to losing first, most people prefer to abstain and choose a type of strategy that best suits the emotional response of their steppe brain, not the unpredictable and volatile nature of abstract markets. Without being aware of it, they thus carry with potential energy the future trends that inevitably will continue to form in the future, thanks to the particularities of that kilo and a half of gray matter that we all transport in the skull.

Inertia as a source of profitability in the markets is there and, as we have seen, will continue to exist, even if most people are unable to maintain the rigor and consistency necessary to capitalize on it. Human nature refuses to let itself be carried away by the current of a river even if it benefits it. Instead of taking advantage of it and flowing, humans flee or are destroyed by it. They need to know why he’s moving, how he’s doing it and where he’s going, trying to push the river instead of flowing with it.