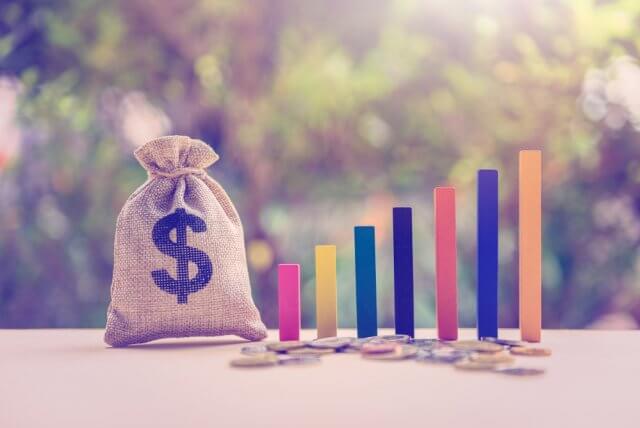 Fiscal Expenditure is one half of the Fiscal Policy that will shape the economic growth for the fiscal year. It is a closely watched statistic by traders and investors to analyze the policy maker’s behavioral trends, actions, and corresponding economic consequences for the current fiscal year.

What is Fiscal Expenditure?

It is preferable to balance out the spending and receipts for optimal growth. Excess revenue by holding down spending slows down the economy, and excess spending accumulates debt.

How can the Fiscal Expenditure numbers be used for analysis?

Apart from the mandatory spending like Medicare, Social Security, etc. the remainder of the revenue and the additional debt taken by the Government to invest in public spending to keep the economy vibrant determines the growth rate and GDP print for the year.

The Central Authorities can manipulate the taxation rules to increase its revenue, which generally puts the burden on the citizens. The second lever is the Fiscal Expenditure, where the Central Authorities may decide based on the economic situation to borrow money to finance its Public Spending programs.

Tax Cuts and Fiscal Expenditure are both levers that the Government has to influence the economy. But these are no hard-and-fast guarantees of economic stimulation. The effectiveness of the Fiscal Expenditure lever depends on what the current economy is going through. It is useful for a stagnant economy that has slowed down. Spending acts as a fuel to the fire and rekindles the business environment in the economy, thus keeping the GDP print back on track. As shown below, during recent times, the Government has tried to increase its spending by creating deficits through increased Fiscal Expenditure.

On the other hand, Fiscal Expenditure can be reduced, coupled with increased tax cuts to curb inflation and faster than the normal growth rate. It is a cool down measure used by the Government when the economy is hyper-inflating, which leads to too much money in the economy, and goods and services prices inflate quickly beyond their value. The Government’s Debt also plays a vital role in Fiscal Expenditure. After the mandatory payments, the interest payments for the Debt and Debt itself are what takes a portion of the pie (Government revenue).

The higher the amount dedicated to service interest and debt payments, the lesser the spending for the economy. It leads to a slowdown in the economy, and deflationary conditions start to appear in the economy. When the interest rates are either low or kept low (by suppressing interest rates lower through Central Banks), it leaves a more significant room for spending on public welfare that gains favor amongst the citizens but piles up debt for the future.

In this way, the Government is stuck between a rock and a hard place. A slowing economy and piling debt. It is the case with most developed economies where their spending outstrips their revenue and thereby run large deficits running huge debts that have to be serviced in the future. As the Government keeps stimulating the economy by spending beyond its means, the Government and the country is slowly being cornered into a debt trap that can be avoided through only a massive surge in GDP prints.

The only way to manage debt is to increase revenue through GDP that has proven to be difficult in recent times for most mature economies. Hence, Fiscal Policy and mainly its components revenue and Fiscal Expenditure are being closely watched by investors today to predict economic growth and assess the risk of default by the Governments.

While the Government chooses to avoid deflation and keep the economy going by paying the price in terms of currency depreciation as people and economy take precedence over the currency.

For the United States, the Treasury Department releases monthly and annual reports on its official website. The treasury statements detailing the Fiscal Policy containing receipts and outlays are released at 2:00 PM on the 8th business day every month.

The monthly Fiscal Expenditure statistics of countries across the globe can be found here.

Impact of the ‘Fiscal Expenditure’ news release on the price charts

After getting a clear understanding of the Fiscal Expenditure fundamental indicator, we will now extend our discussion and discover the impact of the news release on different currency pairs.  Fiscal Expenditure refers to the sum of government expenses, including spending on goods, investment, and transfer payments like social security and unemployment benefits. This indicator is very useful in measuring the steps taken by the Government for the welfare of the country. Investors consider this data to be an important determinant of the growth of the economy.

In today’s lesson, we will be looking at the Fiscal Expenditure of New Zealand that was published on 8th October 2019 and analyze the impact on the New Zealand dollar. The below image shows an increase in government expenditure for the previous fiscal year. A higher than expected number is considered to be positive for the currency while a lower than expected data is considered as negative. Let us find out the reaction of the market to this data. 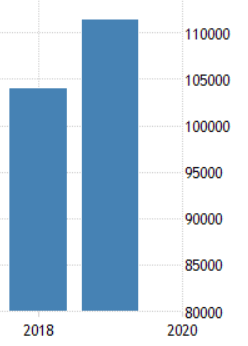 NZD/USD | Before the announcement:

We will start will the NZD/USD currency pair for examining the change in volatility due to the announcement. In the above chart, it is clear that the market is in a strong downtrend, and recently the price seems to have a retraced near the ‘resistance’ area. Technically, we will be looking to sell the currency pair after the appearance of suitable trend continuation patterns. However, it is possible that the news announcement can cause a reversal of the trend.

NZD/USD | After the announcement:

After the news announcement, the market initially reacts positively to the news data and shows some bullishness, but later the sellers take the price a little lower and close the ‘news candle’ with a wick on the top. The volatility is seen in both the directions of the market, but the price manages to close in ‘green.’ We still cannot say if the positive news outcome will cause as reversal as the price has not indicated any reversal patterns in the market. This is how technical analysis should be combined with fundamental analysis.

GBP/NZD | Before the announcement:

GBP/NZD | After the announcement:

The above images represent the GBP/NZD currency pair, where we see that before the news announcement, the market is in an uptrend, and recently, the price has pulled back to the ‘support’ area. There is a high chance that the price will bounce on the upside from here and continue the trend. Technically, this is an ideal place for joining the trend by going ‘long’ in the market, but depending on the news data, we will decide if we can do so.

After the news announcement, the price falls lower, and volatility increases to the downside, which is the consequence of positive Fiscal Expenditure data. Since the Fiscal Expenditure was increased in that month, traders sold the currency and bought New Zealand dollars, thereby strengthening the quote currency. Now that the price is exactly at the ‘demand’ area, one needs to be very careful before taking a ‘short’ trade.

NZD/JPY | Before the announcement:

NZD/JPY | After the announcement:

Lastly, we discuss the NZD/JPY currency pair and observe the change in volatility due to the announcement. From the first image, it is clear that the market is in a strong downtrend, and presently the price is at its lowest point. Since, at this point, buyers took the price higher last time, we can expect the buyers to activate again. Thus, aggressive traders can take a few ‘long’ positions with strict stop loss.

After the news announcement, the price goes higher in the beginning but immediately comes lower and closes near the opening price. We witness a fair amount of volatility on both sides of the market, and finally, the ‘news candle’ closes, forming a ‘Doji’ pattern. Since the news release did not have any major impact on the currency pair, one can go ‘long’ under such situations.

That’s about ‘Fiscal Expenditure’ and its impact on the Forex market after its news release. If you have any questions, please let us know in the comments below. Good luck!