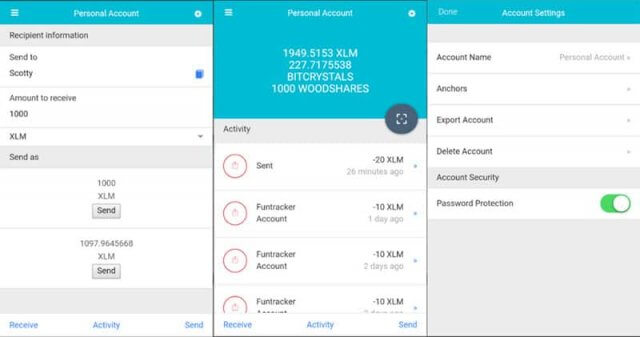 Is Stargazer a good wallet? Is it secure? Is it easy to use? Well, read on to find out.

Stargazer is a wallet that you can use to store Stellar lumens. In case you are wondering what Stellar is, it is one of the several cryptocurrency networks available. Stargazer has features that some will find interesting while others will dislike. As a heads up, the wallet is simple to set up and operate but lacks advanced features. In this post, we will review the once-popular Stellar wallet and find out whether it is still worth considering when transacting lumens.

The Stargazer wallet project began in 2016 as a rookie-friendly crypto wallet. It is used to access the Stellar network, which allows you to send and receive lumens – another cryptocurrency just like Bitcoin. The wallet is an open-source project, meaning its application code is available to the public. The public is also free to contribute to the functioning of the application.  According to its GitHub page, it was last updated in April 2019 – does this tell you something about its maintenance and support? The project and the wallet are quite simple, and that should be enough introduction. There is a ton of both good and bad things to talk about this wallet, but, first, let’s focus on its positive side.

The security of a crypto wallet is paramount. Imagine losing access to your hard-earned coins, wouldn’t that send you wishing you stuck to your traditional bank? As we will see later in the post, Stargazer’s users are complaining about everything except the wallet’s security, but we will not take their word for it.

Beyond the security advantages provided by the blockchain technology, Stargazer benefits from the scrutiny of open source development. Some say being open source makes it more trustworthy but not more secure, but let’s not pursue that academic discourse.

Additionally, the wallet has a unique feature for retrieving your account should something go wrong. Remember the security verification check you complete during registration? Well, that is meant to assist you in retrieving your account if you mysteriously lose access. The check is basically a list of twenty-four words that are arranged in a fixed order. As long as you have this information written somewhere, you can always access your funds. For many wallets, if you forget your password or whatever you use to access your account, forget about your precious coins.

You can choose to install Stargazer on PC – be it Windows, Linux, or Mac OS X – or Android (no luck for iOS folks).

For the desktop versions, download the installation file from getstargazer.com. If you are an advanced user, you can download the sources from https://github.com/future-tense/stargazer and build it yourself.

For the Android app, search the “Stargazer Stellar Wallet.” Due to its low ratings on the PlayStore, it may not be the first result, and you get several similar recommendations. If you are confused over which one to choose, find the one authored by “Johan Stén.”

Setting up Stargazer is a breeze, and the setup process is similar on all platforms. After installation, you read the end-user license agreement, then proceed to create a personal account. You can also import from a secret key or seed phrase, but let’s say you choose to create an account because that’s what a beginner would do. All you will need to do to finish setting it up is to create your account name and complete a security verification check. Basically, the process is pretty straightforward.

By the way, if you already have a Stargazer account, setting up the desktop application is even easier – you can import that from a QR code generated from your other application.

Once the account is set up, you need to send it 1 XLM to make it active. This part might be a little tricky. You will need to find an exchange that can change dollars or another currency to lumens because that is what your Stargazer wallet will accept.

Once your account is up and running, you need to maintain a minimum balance of 20 XLM. This should not be a problem since you are allowed to withdraw up to a balance of 1 XLM. Nonetheless, if you are enthusiastic about transacting lumens and have a little determination, the Stargazer wallet will get you going in no time.

To send coins, you need to have them first, obviously. If your wallet is empty, the send button will be greyed out. However, some users have found this button greyed out, even with their wallets loaded with XLM. Assuming it works well for you, just click on this button and enter the address or QR code of the receiving wallet and the amount and press “Send.” A successful transfer is not guaranteed, but when it goes through without glitches, it’s pretty fast.

To receive funds, tap on “Receive” at the bottom right of the screen. You will see a QR code and a long string of characters titled “Account ID.” You can send either of these two to your sender. It’s worth noting that the sender can send you coins from any wallet connected to the Stellar network.

Stargazer is a lumens-exclusive wallet. Sad to say, but there are no plans to support other currencies in the future.

On a scale of 1 to 10, Stargazer’s customer support will effortlessly score 1 – the wallet has virtually no customer support. If you have a pressing issue, you might need to shoot an email directly to the author.

This might discourage you even before you start. If you want to get a clearer picture of the state of Stargazer’s customer support, head to the comments section of the application’s page on PlayStore. As you will find out, this page has no shortage of ranting from frustrated users who have unsuccessfully tried to reach customer care.

i) Support for lumens (XLM)

One of the learner-friendly features of this wallet is that it supports lumens. How is that an advantage to novices? Well, first, lumens have the lowest dollar-exchange rate among the top ten cryptocurrencies (https://www.cryptocompare.com). This means that those who are just starting out on crypto can trade without the fear of losing much. To activate your Stargazer wallet, you only need to send 1 XLM (equivalent to 0.1015 USD at the time of this writing) to your account. So, you see, there is virtually no risk in starting out with Stargazer!

Lumens also don’t seem to be as volatile as other currencies – cryptocurrencies are inherently volatile. However, if you look at the XLM’s value trend over the last few months, you might be tempted to think that it is a traditional currency.

On mobile, it is available on Android while on desktop, Linux and Mac OS X versions exist. Linux applications are notorious for lacking graphical user interfaces, but Stargazer’s Linux app has one!

This might come as a disappointment to some, but the wallet is not available on iOS yet, and there is no indication that it will be available in the future as the project seems abandoned. iOS’s application development restrictions might be blamed for that. Nonetheless, we must admit that the device you don’t own cannot be an excuse for not trying out Stargazer.

Looking to send 2 USD? That’s not a problem with Stargazer. The Stellar network was developed with financial inclusivity in mind. This explains why it supports bitcoins, dollars, euros, ethers, and most other currencies. The stargazer wallet extends this inclusivity by supporting low-value transactions. As mentioned earlier, lumens have the least dollar-exchange rate among the top ten currencies. This allows you to send or receive relatively small amounts that would probably not work with other wallets.

Now, let’s look at some of the not-so-fascinating aspects of the wallet.

Without sounding mean, Stargazer’s mobile app design is rudimentary, at best. The user interface is particularly uninteresting – a few tiny buttons spread on the peripheries, a mono-color design, and a block layout. If the designer wanted to stay true to the wallet’s philosophy of simplicity, they probably overdid it. Nevertheless, the interface will allow you to access sending and receiving functions plus account overview. Beyond that, there is nothing else visible other than general account settings.

The Windows desktop, Linux, and Mac OS X versions of the application are similar to their Android counterpart. Download and installation procedures may differ depending on the operating system. However, once you open the application, everything looks the same.

It is not fair to dismiss the app’s design as dull without considering those who love simplicity or really don’t care about fancy interfaces. If you are one of those folks, chances are you will either like its interface or not be bothered by it.

The Stargazer wallet has also had a fair share of criticism related to bugs in the application. It is common for transactions to fail even when there is no apparent reason. An online search for Stargazer wallet reviews will lead you to the conclusion that this wallet is not the most reliable. There is also limited information available about the project and its owner, which may make users lack confidence in the project. At one point, the website www.getstargazer.com was offline, and someone, apparently its owner, explained that the domain had expired while they were on vacation. If you are not familiar with how crypto networks and the underlying blockchain work, that explanation can send you chills, although it is no cause for alarm. The good news is, although there are several complaints online regarding the reliability of the wallet, there are none about it being insecure. All in all, let’s just say, if you’re looking for a reliable wallet to use for your XLM transactions, then Stargazer may not be your best bet.

iii) Supports only one currency

Another downside of this wallet is that it supports only one currency. Well, many other wallets do the same, but that doesn’t make it convenient, anyway. Sticking to once currency might be good for a start, but you cannot be a beginner forever. Once you feel comfortable transacting crypto, you are likely to want to move up the currency ladder. Even if you don’t, you might be forced to, particularly if you find that the recipient of a transaction only accepts a certain currency. Considering that lumens are not among the top three most exchanged currencies, you are sooner or later likely to run into inconveniences. It is unclear whether the wallet’s author wanted to keep it simple by avoiding other currencies or support for other currencies would be added later. Whatever the case, it is worth noting that the Stellar network supports virtually all currencies, including pesos! Therefore, should support for other currencies be added to Stargazer, the upgrade is unlikely to disrupt your current activity on the network.

We have looked at the main features of the Stargazer wallet – now it’s time to make a verdict. Undeniably, simplicity is the most outstanding feature of the wallet. The uncomplicated design and low minimum balance allow you to quickly set up the wallet and start transacting. The wallet is also secure and guarantees you access to your coins through an additional security verification check. The main challenges with the wallet are the dull user interface, lack of support for multiple currencies, and unreliability. The wallet also performs dismally on customer support. Overall, one would say it is a suitable option for beginners and anyone looking to perform low-value transactions, but when reliability and customer service are key concerns, steer clear of the wallet. 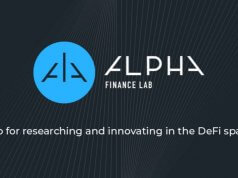 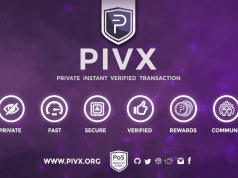 What’s PIVX All About? 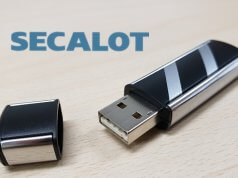 Secalot wallet Review: Is It The Safest Hardware Wallet Yet?

12 Most Popular Telegram Channels for Crypto Trends, Investing, and Trading