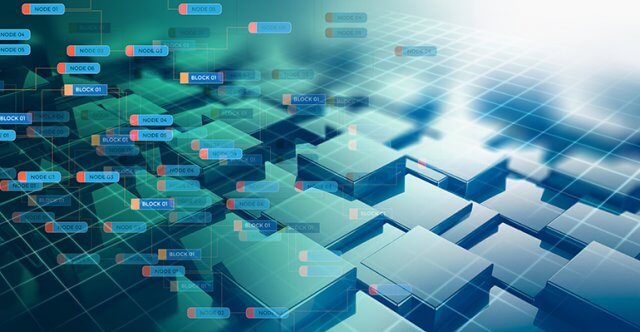 It’s been slightly more than a decade since Satoshi Nakamoto, the creator of Bitcoin, presented us with blockchain. Bitcoin itself has had a long walk to the globally recognized and successful currency that we know today. Along the way, it has inspired thousands of more cryptocurrencies that have since solidified themselves in the finance arena. Along the way, as well, the world has discovered that a lot more can be done with blockchain.

As a result, several organizations have sprouted up across the world with the key mandate to discover more about blockchain and how it can be harnessed to improve how we do things.

This article is an exploration of some of the leading organizations in this space.

It also explores the various possible grounds for collaborations aimed at expanding and advancing the blockchain ecosystem. Some of the participants include the Samsung Catalyst Fund, the Keiretsu Forum, tell British Business Federation Authority, the Swisscom Blockchain, Hedera Hashgraph, Coinfirm, and more.

The Cambridge Blockchain Forum is the idea of Jon Bradford, Hazem Danny Al Nakib, and Herman Hauser, all renowned players in the Cambridge ecosystem. The Forum aims to support and strengthen the UK’s approach towards the regulation and implementation of blockchain. The idea is to realize blockchain being employed across a variety of sectors in a cross-disciplinary and collaborative fashion that will help solve real issues in business and society.

Current projects include identifying ways in which blockchain can be implemented in the public sector and how it can be harnessed for tangible benefits for society.

This is a global blockchain think tank that brings together experts in blockchain in order to undertake research in blockchain technology. BRI was founded by  father and son Don Tapscott and Alex Tapscott, authors of “Blockchain Revoku: How the Technology Behind Bitcoin is Changing Money, Business and the World.”

BRI is funded by a consortium of corporations and government agencies, and its research work is based on more than a hundred projects documenting the potential implications of blockchain in various facets of society. Projects are currently focusing on business, government, healthcare, technology, Telecom, mining, energy and power, finance, retail, manufacturing, and several other sectors.

Announced in 2018, this is a partnership between  Case Western and Cleveland State University that aims to build on research on some of the hot-at-the-moment technologies, among these, blockchain, augmented reality, Internet of Things, and virtual reality.

The think tank will draw various players from business, academia, government, and tech to conduct research on these technologies and develop applications. By bringing these organizations together, the hub hopes to foster an environment for collaboration and discovery – as opposed to competition.

Slovenia, the small country tucked in central Europe, has been hugely receptive of blockchain, exploring ways in which to build new applications for practical uses. In October 2017, Prime Minister Miro Cerar gave a speech at Digital Slovenia 2020 illuminating the potential of blockchain and how the country was planning to explore and adopt the technology. During the speech, the prime minister disclosed the government-backed Slovenian Blockchain Think Tank.

The think tank will be the point-of-contact between developers, the Slovenian government, and industry stakeholders. It will also oversee the creation of various educational materials on the subject – with the aim to create awareness of the technology among the Slovenian population.

Through the help of the think tank, the Slovenian government is hoping to harness the power of blockchain to steer the country’s economy on an upward trajectory.

Launched in November 2018, thinkBLOCKtank is a nonprofit that brings together blockchain and distributed ledger technology experts to provide policy recommendations for the EU and oversee the proper and effective regulation of digital assets. The think tank aims to promote a proportionate regulatory response to blockchain that protects consumers and does not stifle innovation in the space.

The CRYSTAL (Cryptocurrency Strategy, Techniques and Algorithms) Centre is an academic research laboratory of the National University of Singapore (NUS) School of Computing that aims to conduct research into blockchains.

Founded by faculty members, the group has a goal of injecting science-based clarity into the blockchain and cryptocurrency space.

It will conduct research on scalable consensus mechanisms, safe programming, privacy-cognizant computation, blockchain applications, cryptocurrency trading, verification techniques, and so on. It will also look for solutions for some of the biggest challenges faced by the blockchain and cryptocurrency space.

These organizations are scratching beyond the surface to explore the power of blockchain for the benefit of their regions. It will be exciting to see the milestones they achieve and their contributions to the blockchain ecosystem.