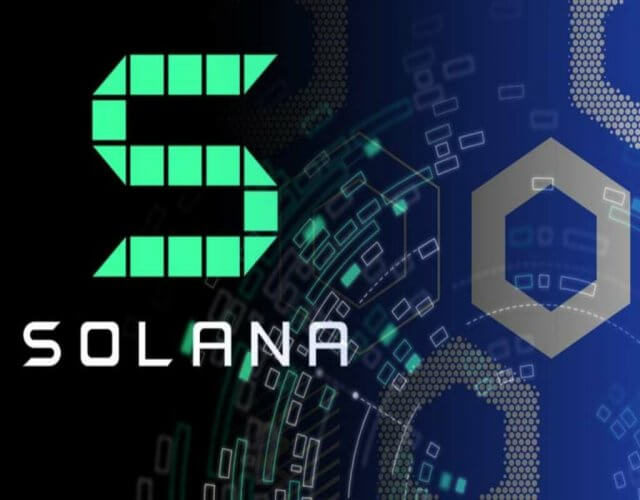 Bitcoin and Ethereum are widely lauded for pioneering the blockchain and smart contract technologies, respectively. While this has paved the way for a litany of similar technologies, the scalability challenge inherent to blockchains remains the most significant hindrance preventing decentralized blockchains from replacing centralized data systems.

There have been a few noteworthy attempts to solve the problem, but often the newfound solutions come at the expense of blockchain’s fundamental features. For example, the EOS blockchain can process more than 1,000 transactions per second, but at the expense of decentralization.

Other blockchain iterations have resorted to using off-chain solutions as a way to reduce the influx of transactions on the main chain. Although they may have made a substantial improvement to the traditional linear blockchain, the complexity of their computations results in inevitable technical challenges.

Scalability – It’s all About Time

To develop a high throughput ( transactions per second), the computers in a network need to synchronize the time between transactions. This means that each computer node will need its own ‘internal clock’ to ensure that they all coordinate properly. It’s only when they are in coordination that transactions will take less time to be verified, meaning more transactions can be processed within a short time.

Think of Google Spanner, a scalable database that relies on atomic clocks that are synchronized with each other and the network’s data centers. To maintain this coordination, Google spends an enormous amount of resources to act as the “central clock” from which all nodes take the information.

While Google Spanner has worked for centralized systems, it can’t work for blockchains since they are trustless systems. Blockchain’s network nodes can’t rely on a “central clock” for consensus timestamps since doing so means sacrificing the decentralized nature of blockchain.

Besides, as far as increasing the overall throughput is concerned, there is one fairly successful technique. It is referred to as sharding and works by partitioning transactions. Although it works almost perfectly, it introduces vulnerabilities such as double spending and the risk of fraudulent transactions due to a lack of communication between different shards (partitions).

How Proof of History Works

Proof of History (PoH) enables network participants to reach a consensus on time. Instead of network nodes confirming transactions, as is the case with Bitcoin and Ethereum, they are only required to agree that one event took place before the subsequent event.

Let’s say you capture a photo of a popular magazine using your camera. In this case, the photo is proof that the magazine was first published before the photo was taken. Proof of History employs the same concept by encoding the passage of time into the blockchain, creating a record that shows a certain event occurred at a specific time before or after another event.

To do this, the Proof of History protocol uses a new cryptographic concept known as Verifiable Delay Function (VDF). The function records the passage of time by cryptographically verifying that real-time has passed in the process of generating output. It should be noted that the VDF requires several sequential events to produce a unique and reliable output, which is then made public.

The VDF being a cryptographic hash function means that it’s impossible to predict the final output without executing the whole function from the beginning, using the original input. And after running a hash function from an initial input, the resultant output is used as an input of the next function. This cycle of feeding output as input is then recorded as time passage.

The output of one operation becomes the input of the next operation, in which the current count, status, and output are periodically recorded as a passage of time, creating a sequential thread of time, which we may call History.

Solana also employs other innovative protocols to achieve superior throughput. These protocols include:

In the tower Byzantine Fault Tolerance (Tower BFT), all nodes act in the interest of the network. It works in harmony with Proof of Stake to help determine who can participate as a block validator. As such, the ecosystem created allows participants to stake tokens so they can vote on the validity of a PoH hash function. Bad actors are penalized if they vote in favor of a fork that doesn’t match the PoH records.

The PoH hash, in this case, can be compared to a block as in a typical blockchain. Once a validator votes for a block, they cannot vote another block in parallel. They must wait for the next block by which the PoH VDF will have verified the passage of time.

Avalanche is Solana’s solution for reducing congestion in a network. This architecture works by splitting block data into two amongst peers. By sharing only half of the block data, avalanche greatly reduces bandwidth and data usage.

The honest approach aims at maintaining integrity between nodes and verifiers by randomly sending an invalid hash intentionally, through the proof of History.

Solana’s ambitious goal to solve the scalability problem in blockchain could prove to be what the industry needs as a replacement for traditional data systems. Besides being an effective solution for scalability, the project has managed to remove sharding from its design, making network-wide validation faster and secure while reducing the overhead costs.