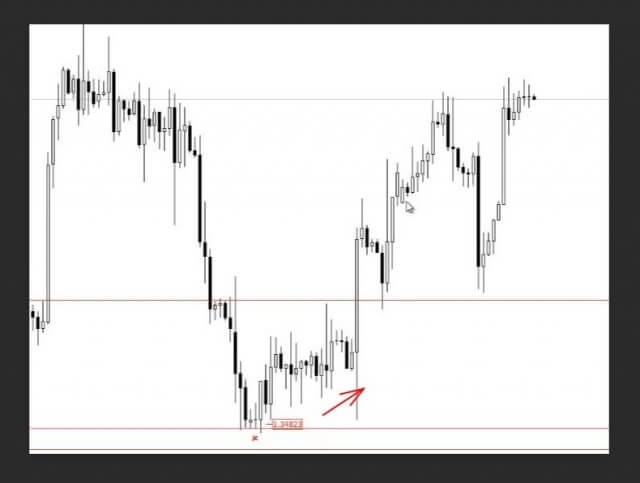 Every now and then, you will see the markets consistently move in a single direction, this is known as a trend, much like sheep, most people will jump on the trend, trading in the same directions which can potentially add to its momentum.

There is the argument that a trend cannot continue forever, and this is true, so if you are the sort of person that likes to try and predict the tops and the bottom of trends, then going against the trend could be pretty beneficial. The issue with this is that it is not exactly an easy thing to predict.

More often than not, when all points on a chart are pointing in the same direction, the market sentiment will also support this movement, so it is easy to see why the majority of traders would not want to go against it. The one thing that we need to consider though, is the fact that the majority of traders have their trading bias and may not necessarily understand why the markets are moving up or down, just following the trend without understanding the reason for the move, can be just as dangerous as going against it. This sort of hive mentality is one of the common mistakes that a lot of new traders, in particular, seem to make.

It can be a pretty scary prospect, going up against the rest of the markets, and we can understand why there would be some hesitation, after all, most people would be going in that direction for a reason right? What would you know more than they do? What you need to remember is that a strong momentum does not mean that those currencies are actually strong, it could just as easily mean that there was a large influx of amateur traders joining the markets and blindly following the trend.

There is a forex trading strategy that is known as contrarian trading, this is all about going against the current market bias, as the shift in market sentiment is inevitable at one point or another. It would involve buying a currency when it is weak or selling it as it becomes stronger. This may sound counterproductive, but it certainly has its merits.

People who trade against the trend have a much better understanding of an overpriced or oversold asset, when something is hugely over or under, it can often result in a number of different pullbacks or even price reversals as there is only so long that an asset or currency pair is able to remain in that condition. When something is overbought, it means that its price is being inflated, there is no way that it will be able to sustain that price or continued rise in price for a long period of time.

This strategy obviously has its dangers, when a currency is really strong and pushing the prices up, there is a good chance that it can actually run straight through the potential reversal points, continuing higher and higher, this can blow out a trade that a reversal hunter may have put in. So it is not something you should just try at any time, you need to be able to see the stages of the trend slowing or the main money makers pulling out, this is far harder to do that to say and so this is actually an extremely risky strategy unless you understand what you are doing.

If you have done your research, understand your fundamentals and are willing to lose a few trades, then the idea of trading against the trend can actually be a very profitable one. It won’t be for everyone, it certainly won’t be for newer traders, but there certainly are some potential of profits in it.