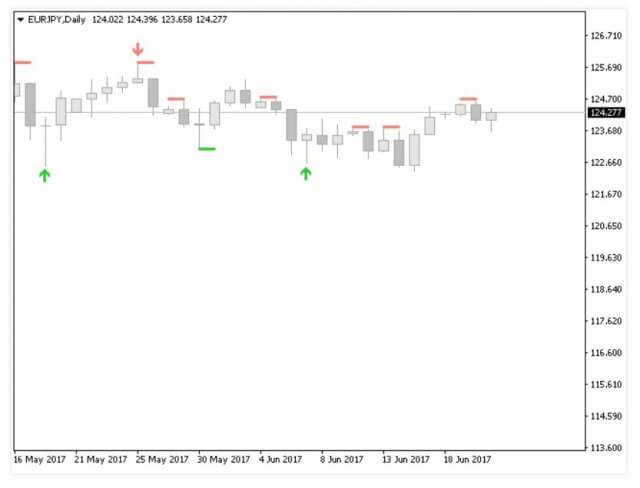 Reversal Patterns is an indicator created in July 2017 by developer Pro Berza. This tool contains both the Engulfing Scanner and the Pinbar Scanner. The indicator comes with several types of alerts that make it easy for a merchant to expect a pattern to be formed, to be pointed out, and then check the table to see what a larger historical tells him.

The Pinbar, or Pinnochio bar, is a great chandelier pattern that can produce good commercial results if traded correctly. The main idea behind these patterns is that the price wants to trick us into thinking in the wrong direction. When you form a Pinbar Alcista, for example, try to convince us that the price goes higher, but in reality, the price is going down at the end of the bar.

The engulfing pattern is a chandelier pattern that can usually be found after a period of pressure up or down. A bullish pattern is usually found near the end of the downward movement, while a bearish pattern will be at the top of an upward movement.

When an Engulfing pattern has formed, the idea behind it is that the investor feeling has changed from bullish to bass or from bassist to bullish. This is the point at which we prepare for a potential investment that can lead to good results. 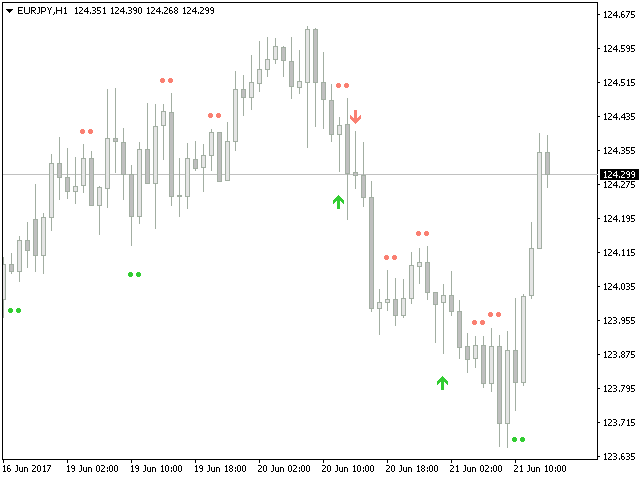 The main parameters of this indicator are as follows:

If you are interested in buying it anyway, this indicator is available on the MQL market at a price of 45 USD. A free demo is offered, but at this time, it is not clear as to how long the free testing period lasts. It could very well be that the demo is strictly a one-time demonstration, used to show end-users how the indicator functions only.

In short, we are talking about an indicator with some complexity, because it is not always easy to make decisions contrary to what the market apparently provides. We think this indicator is more suitable for advanced traders, who have a better knowledge of the markets and are more accustomed to operating in trend exhaustions.

We have not found comments from users who have tried this tool, so we do not have an idea about its real utility. We think it is best to try the free demo version in order to make a better assessment of this indicator.