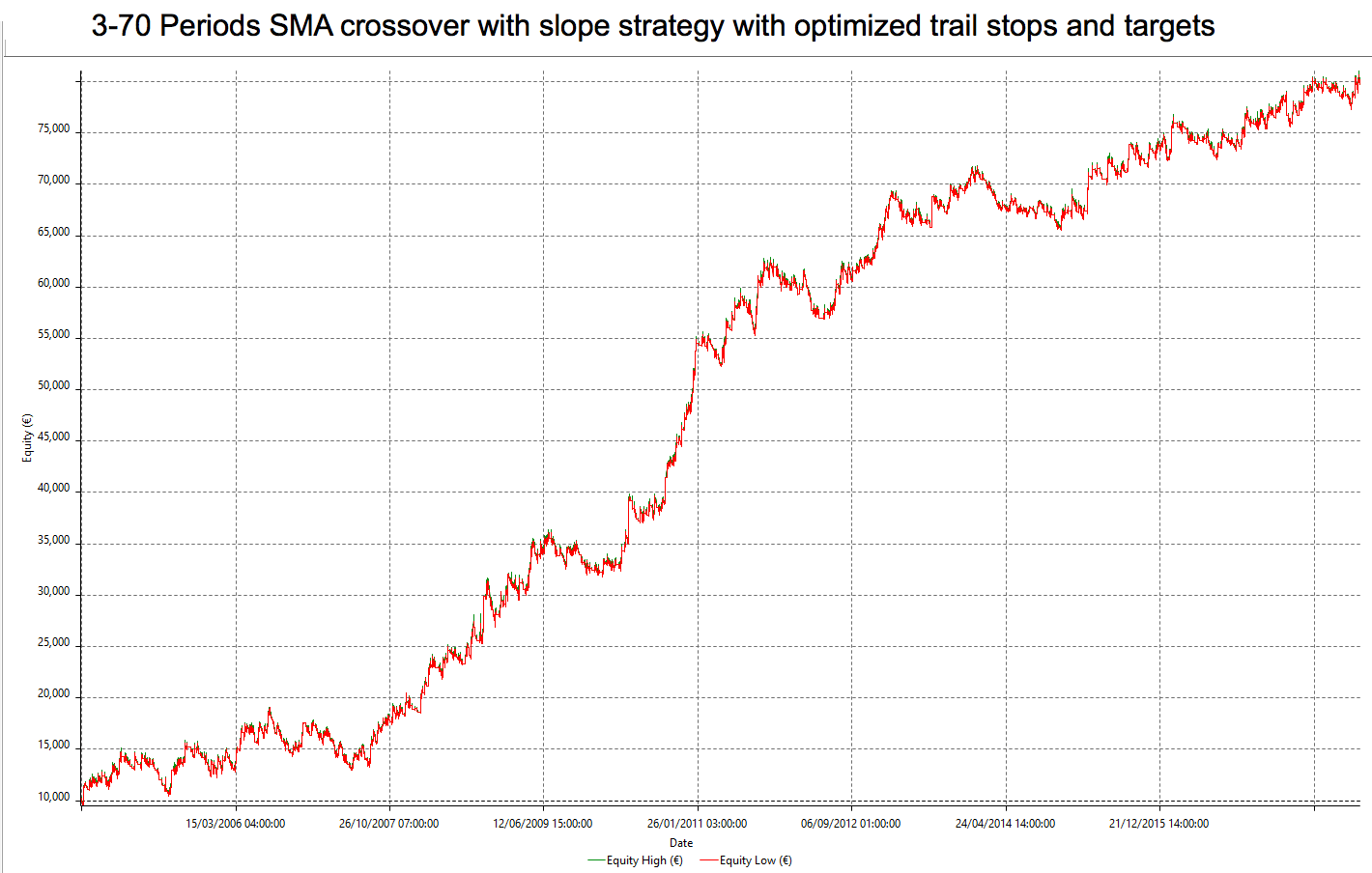 The spread of personal computers gave investors and traders the opportunity to perform sophisticated computations in an attempt to extract information out of the naked price series. Many traders believe there’s a hidden structure in the markets, and the harder and computationally difficult the indicator is (such as ARIMA, MESA or Fourier analysis) the better. Unfortunately, until now, no computational formula reveals the secret turns of the markets, and if there is one, I don’t think the person or organisation that owns it will show it to the rest of us. But I honestly believe there’s no such formula. The era of deterministic theories of reality is gone. That is clear to me since I’ve been introduced to the quantum theory of physics. More on this: http://www.hawking.org.uk/godel-and-the-end-of-physics.html

But that doesn’t mean technical studies are worthless. There are well known and relatively simple indicators designed to give us information difficult to see or detect by just looking at the price movement, or at least to help us confirm the pattern that price is shaping.

This study came to answer two questions by trend followers: Is there a trend or not? And how strong is it? And these issues aren’t trivial. Trend following traders looks to enter as soon as possible on a trend, usually on breakouts. But, if the market isn’t trending, they enter on a breakout and watch their initial profit become a loss as the breakout fails.

The proper interpretation of ADX help traders to avoid potential losses due to false breakouts, helping them focus on trendy markets, and apply other trading tactics when the signal shows the market isn’t trending.

Directional Movement was developed by J. Welles Wilder Jr, and described in his book New Concepts in Technical Trading System (1968). The DMI indicator is a very useful technical study that shows the market direction. One DMI derivation, the ADX, allows us to quantify the strength of a trend.

Computation of the DMI

DI, the directional indicator, is computed by dividing DM by the True Range (TR).

TR, the true range is the biggest of these three quantities:

The DI’s are averaged over a period. Mr. Wilder suggests 14 bars.

The calculation for 14 bars is:

Where DM14 and TR14 are the averages of those quantities over a 14 bar period.

ADX is derived from +DI and +DI, using the following steps:

DX is too wild to be used directly, so we compute a moving average of DX and call it Average Directional Indicator, ADX. Usually, the smoothing average has the same period as the one used to obtain the DI.

Where ADX is the value for the current bar and ADXn is the ADX for the nth bar ago.

When drawn on a chart, if +DI is above –DI, then the trend is up. The opposite situation means a downward move.

If the two lines diverge, the directional movement increases. The greater the difference, the stronger the trend.

According to Wilder, the 14-period averaging was chosen because of his idea of a half cycle. Day or swing traders may choose to modify it based on the half cycle of the time frame he is trading. For instance, LeBeau and Lucas in their book recommend 12 bar averaging on a 5-min chart.

Fig 2 shows the hourly EUR/USD and the DMI & ADX study. We observe that on the left quarter, when there’s no trend, the ADX is below 25, touching the +DI and -DI lines; and these lines themselves are crossing over each other every few bars. Then a breakout in price matches the growth of the ADX line, while +DI crosses over –DI. The ADX signal grows while the trend keeps moving up with increasing strength.

The top formation changes its character and goes down following the price until –DI crosses over +DI and, then, ADX starts growing again, while price keeps falling: A downtrend is confirmed.

The sideways channel forming a local bottom hurts the ADX again, and then the small reaction up (+DI crosses over -DI) moves it up. Then the sudden drop in 5 bars makes a slight dip but ADX is up again.  Then, on a new price floor (support), ADX drops again, and so on.

It seems sluggish and untimely. Many people discard it because of that. But we must remember the ADX indicator shows only trend strength.

The DI system tracks the fight between bulls and bears. It measures the power of bulls and bears to move prices beyond the previous bar range. When +DI is above -DI it shows that bullish sentiment has dominated the market so far. -DI above +DI shows the bears are in control. Thus, following the direction of the upper line is an edge.

ADX rises when the spread between +DI and –DI grows. It shows that the market sentiment (bull or bear) of the dominant market group gains strength, so the trend is probably continuing.

ADX drops when +DI and –DI are approaching each other. This shows that the dominant group is losing strength and the health of the trend is in question.

Rules for trading with ADX and ± DI:

The real value is as a filter for entries.  It’s important to understand that the ADX alone doesn’t show market direction, but the strength of a trend. We should use the +DI and -DI crossovers to determine direction.

The New Trading for a Living, Alexander Elder.