Chart patterns occur on charts when the movements of the price of an asset resemble a common shape. In this case, we will be talking about the cup and handle formation. These patterns are a visual tool that helps traders make their market decision. Cup and handle provide a logical entry point, a stop-loss target for managing risk, as well as a price target for exiting a profitable trade.

The Cup and Handle 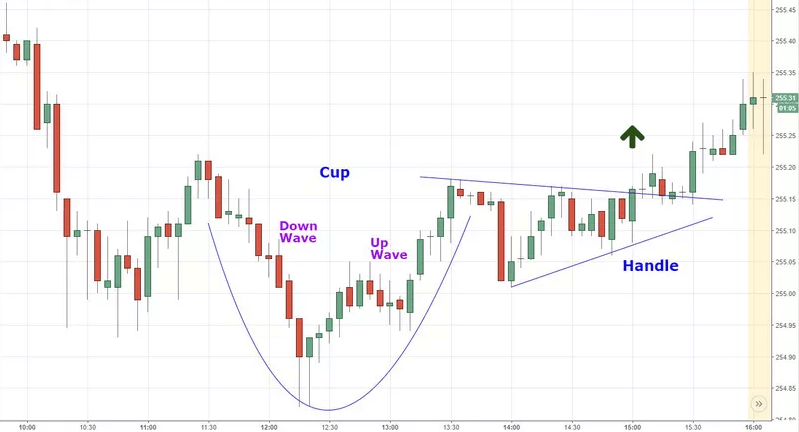 The cup and handle pattern is a strong tool for both small time frames (such as one-minute charts) and in large time frames. It occurs when the price trends down, then have a stabilizing period, then followed by a rally of approximately equal size to the aforementioned decline. This creates a U-shape, which is the “cup” in the “cup and handle” formation. However, this is only a part of the pattern. The price then moves sideways or goes down within a channel, which forms the handle. The handle can also take the form of a triangle.
An important rule to keep in mind is that the handle should always be smaller than the cup. Ideally, the handle should stay in the upper third of the cup. If it is too deep, it will erase most of the gains of the cup, which makes it quite an unsafe bet when it comes to trading on this pattern. 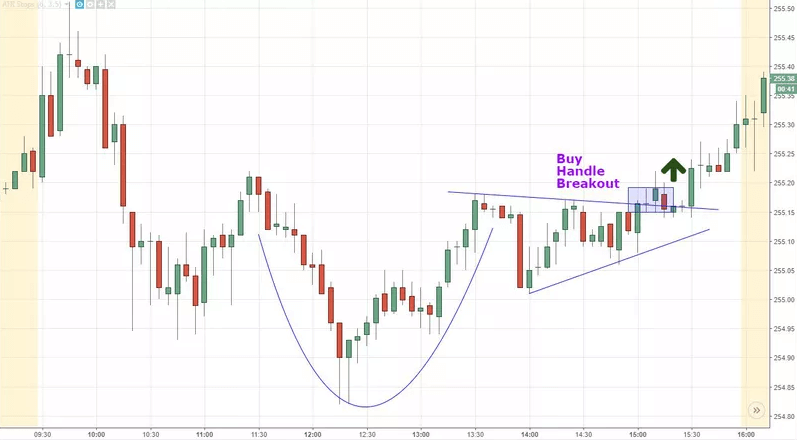 In order to trade this pattern well, wait for a handle to form and the full pattern to play out. The handle often goes sideways, descends, or creates a triangle. The entry point should be when the price breaks above the top of this channel or triangle. As soon as the price moves out of the handle, the pattern should be considered complete. However, you might want to wait for a full candle to form outside of the pattern, so you get a real confirmation of the move, rather than blindly entering a false breakout.

Setting up a Stop-Loss 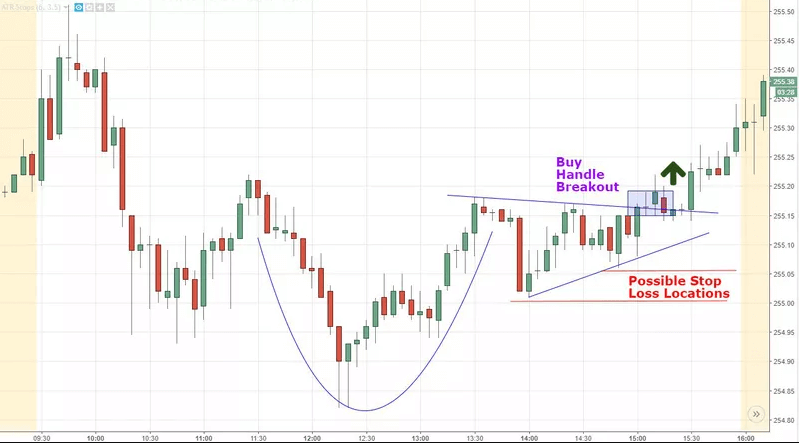 A stop-loss order is a risk-control measure on the trade. It works by selling the position if the price goes the opposite way and declines enough to invalidate the pattern. The stop-loss should be put below the lowest point of the handle or below the most recent swing low (only if the price oscillated up and down often).

Check out part 2 of our Cup and Handle crypto trading guide to learn more about setting profit targets as well as some other important info regarding this candlestick formation.