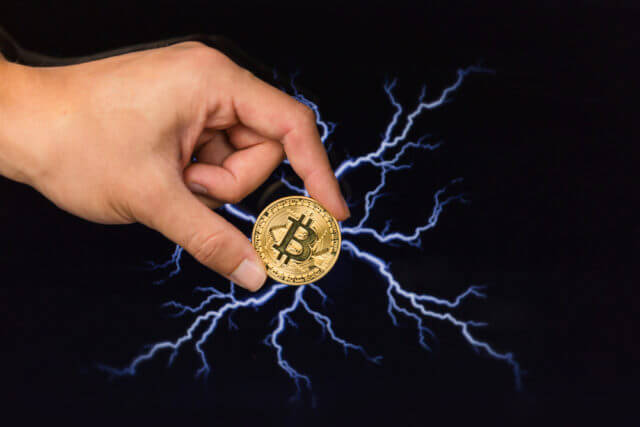 The very first public critique of Bitcoin right after Satoshi Nakamoto proposed it was made by James A. Donald. He said that while such a system (Bitcoin network) was very, very much needed, the way he understood it, “it does not seem to scale to the required size.” Sure enough, over a decade after its launch, Bitcoin is being plagued by scalability problems – apparently its biggest challenge. But there is another less discussed one: taxation.

For a long time since its rollout, Bitcoin was used primarily by enthusiasts and speculators more as a store of value than a medium of exchange in everyday payments. Bitcoin has a serious scalability problem for two main reasons: the blockchain technology on which it runs limits the amount of information that a single block can contain to 1 megabyte, and a block of transactions can only be added to the chain every 10 minutes. These limit Bitcoin’s processing speed to about 3.3 and 7 transactions per second (TPS). In comparison, Visa does an average of 1,700 transactions per second.

Today, more people are adopting Bitcoin to make everyday payments, largely because of the development of the Lightning Network. Popular Bitcoin apps such as Fold and Bitrefill that are designed to make it cheaper and easier for users to make payments with Bitcoin have integrated the Lightning network in their payment systems.

What is the Lightning Network?

The Lightning Network is an additional layer on top of the blockchain network on which Bitcoin runs that is designed to make transactions between nodes faster and cheaper. It is implemented to be a solution to Blockchain’s scalability problems.

The Lightning Network creates a temporary communication channel between two nodes, much like how the Bitcoin Network does, allowing them to carry out as many transactions as they need. When the transactions between the two nodes are completed, the channel is closed, and the outcome communicated to the underlying Bitcoin network. Transactions carried out on the Lightning Network will, as a result, cost only a fraction of a cent while taking a load off the Bitcoin Network.

There is a problem, though. While the Lightning Network significantly improves user’s Bitcoin transaction experience, lowers the costs of transactions, and improves the overall Bitcoin Network speeds, it presents a serious challenge when it comes to taxation.

Under the US law, the Internal Revenue Service (IRS) considers Bitcoin and other digital currencies ‘intangible property’ and as such, are subject to capital gains taxes. Everywhere else in the world, cryptocurrencies are rightfully regarded as money that can be used as legal tender in exchange for goods and services.

The United Kingdom treats Bitcoin as a foreign currency, while Germany does not subject it to capital gains tax. Even Switzerland, a tax haven, levies various taxes on Bitcoin, including income taxes, wealth taxes, and profit taxes.

Since Bitcoin payments are taxable transactions, it is vital that users accurately track capital gains accrued when they use it. However, there is a serious problem because its transactions are peer-to-peer, meaning that there is no middleman, such as a bank, between the parties involved in the transactions. Governments have always had an easy time regulating, monitoring, and taxing transactions because of middlemen.

With the widespread adoption of cryptocurrencies and the introduction of efficiency platforms such as the Lightning Network, more people are choosing to make regular payments for goods and services with Bitcoin and other cryptocurrencies.

The problem here is that cryptocurrency users are generally reluctant or find it too bothersome to report taxable Bitcoin transactions to tax authorities, more so for small transactions such as buying a cup of coffee or paying for software. Keeping detailed records of every Bitcoin transaction can be exhausting as there are virtually no tools on the market that simplify the process or make it easy to report such events to the taxman.

To the minority of people who care a lot about conforming to their tax obligations have three options: painstakingly keep records of their transactions, risk getting in trouble with the taxman, or avoid using Bitcoin altogether. To most people in this category, the tax burden associated with making regular payments using Bitcoin overshadows the potential benefits.

Cryptocurrencies and tax laws have only one thing in common: most people do not know the first thing about them. From a cultural and worldview perspective, these two subjects are polar opposites.

Bitcoin was created and is largely accepted as a solution to financial control by governments, exploitation by banks, and abuse by corporations. Cypherpunks, who form the majority of individuals who lead the embrace of cryptocurrency, use it to make a political statement against authority. By using Bitcoin, they are happy to escape the rules and regulations that define the traditional financial world.

In October 2019, the Internal Revenue Service, in its attempt to catch up with the users of cryptocurrency, published its first guide on how cryptocurrency holders can calculate taxes owed on their holdings. The agency admits that the world of cryptocurrency ‘has grown more complex over the years.’ As the general public increasingly adopts the digital currency, IRS’s attempts to come up with regulations and guides on how individuals can remit taxes is a game of playing catch up, to say the least.

The Lightning Network makes it easier for ordinary folk to make payments with Bitcoin, but not to keep records of them. In the eyes of many people all over the world, tax laws are a symbol of the excessive and unnecessary regulations imposed by politicians. Technologies such as the Lightning Network are a savior that finally enables them to take advantage of the benefits of decentralization of digital money, transactions with no regulations, and living in a free society rather than under the foot of a central power of the elite.

Is there a possible solution in sight?

Governments all over the world, including the Lawmakers in the US and China, have realized that outrightly banning Bitcoin is pointless. Governments are slow to find ways to bring cryptocurrencies into the tax bracket and presently have to rely on the goodwill of the citizens to keep records of their transactions and to diligently report and pay their taxes.

However, some industry leaders are making reasonable propositions that may just work. For instance, Coin Center is pushing a bill in the US that would exempt Bitcoin transactions less than $600 from capital gains taxes.

The most viable solution to the Bitcoin taxation problem, according to industry experts, is in policy level and not technical. While regulating Bitcoin wallets may seem like a simpler way for governments to make the taxation problem more manageable, a more practical solution would involve exempting more payments from the burden of taxation rather than attempting to regulate all payments across the board.