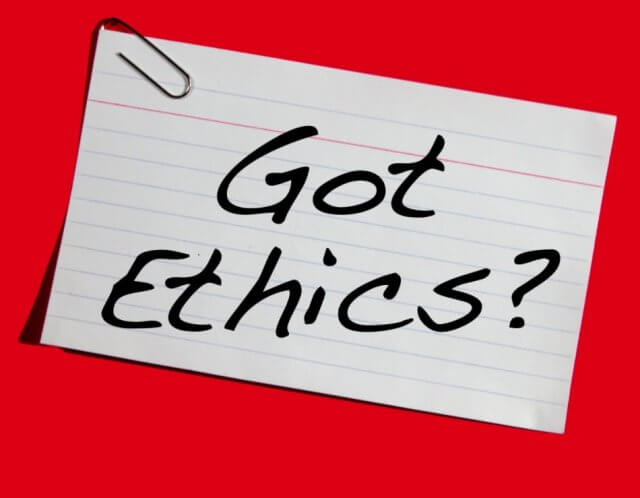 I recently read in a forum an interesting debate about whether there are more speculators or citizens in the economic forums, that just by the way of putting it as if the speculators were not also citizens already makes clear certain prejudices that many people have… and this gives rise to a small article to clarify many prejudices, and also apparent contradictions and other very interesting topics.

This is a tremendously difficult concept to start with, as we each have our ethics, and I could consider as unethical investments companies like McDonald’s (unhealthy food), Mediaset (TV-trash) or Bankia (preferential and others), whereas for you it may be Inditex (for its factories in Asia) or Shell (pollution), and for another, it may be Uber (management more than doubtful) or Indra (armament)… and in the same way, several companies also have programs such as the university scholarships of Santander or programs to help children with autism of Inditex that are “the other side of the coin”, and that we can not forget when valuing ethically a company.

But even if we agree that a certain “X” company is morally reprehensible, should we avoid investing in unethical companies? As a general rule, NO.

Our money goes to the company itself only when it sells us the shares: when it goes public, or when it makes a capital increase. In these cases, it IS justified not to invest in unethical companies, so as not to finance things that are bad for society. But when you buy shares on the stock exchange, your money does not go to the company, but to another investor who sells them to you, and refusing to buy them will not put any pressure on the company to act properly.

And in fact, in general, I’m in favor of investing in unpleasant companies… let’s say you’re going to set up a business, what do you prefer, a bar, a funeral home or a children’s ballpark? Very few people prefer the funeral home, so it is to be expected that there is less competition and is, therefore, a more profitable business… don’t you think that more bars and ballparks close than funeral homes? Well… and for the same reason, as a disgruntled investor, I know it’s probably going to be more profitable to invest in oil than in renewables.

Does This Mean I Have No Ethics?

No, what it means is that I believe that wanting to make “ethical investments” is of no use, and it is also unprofitable. And since it will not serve to improve society to choose one stock or another, it would be foolish not to look for the most profitable!

However, we do have it in our hands to put pressure on companies to be socially responsible, but not as investors, but as consumers and customers of such companies. If I don’t like the brainwashing they do on certain TV networks, I don’t go through them zapping and I stay half an hour watching it and then in the bar I comment with colleagues everything they said there “although I don’t normally see it”, but I limit zapping to the ones I like or I put on movies or series… which will not prevent me from buying shares in that chain: the flies eat shit, and in Europe, the flies are not in danger of extinction! If I invest in it and others are giving them an audience, who is the culprit here that they emit garbage? It’s certainly not me…

What Comes First? Ethics or Investment?

We can focus the debate a little more with a very good question:

“Those of you who run banks, for example, would you approve the introduction of a bank fee for every empty floor they have on Balance?”

This starts from the premise that a tax on banks for empty flats is good for society and bad for the bank… and this is a very interesting issue because again people assume certain things that are worth thinking about before stating them simply:

It is good for society that banks rent or sell their empty flats: They would certainly lower the prices of both flats and rents; and I think this is good, in general, although those who have been saving to have a flat with whose rent to supplement retirement might not agree…

Harming the banks will not harm society: If, for example, there were talk of asking for compensation from the banks that issued preferential loans, I would agree that this would not harm society, but quite the contrary: the message is sent that the payer, And it keeps them from being tempted to rip off their clients again. But what we are talking about here is a measure that will make it more difficult to recover delinquent credit, just like “stop evictions” and so on… and if the bank has difficulty recovering delinquent credit, what will it do? For the same thing that anyone would do: 1.- give less credits, and 2.- give them more expensive, with what the average citizen will have much more difficult to have in property a decent housing. And frankly, I think that’s bad for society.

Applying penalties retroactively will not harm society: If something characterizes a banana republic is that where I said one thing now I say the other; in Argentina or Venezuela, this is our daily bread. In truly democratic and serious countries, when a standard has been set, it is, and so it must be, here too; creating instability by changing the rules of the game on the fly causes far greater harm than applying a bad rule. If we think it is good to penalize empty foreclosed flats, let us apply a tax, but let it apply to new mortgages that are given and not to old ones, and let us respect the law… or we will have a better law but it will be wet paper.

And after this huge detour, I go back to the essence of the question: I think that banning advertising for unhealthy foods would be good for society, and I would be glad that such a measure would apply even if I had shares in McDonald’s and Mediaset, who would be harmed by it. So I guess I count as a citizen…