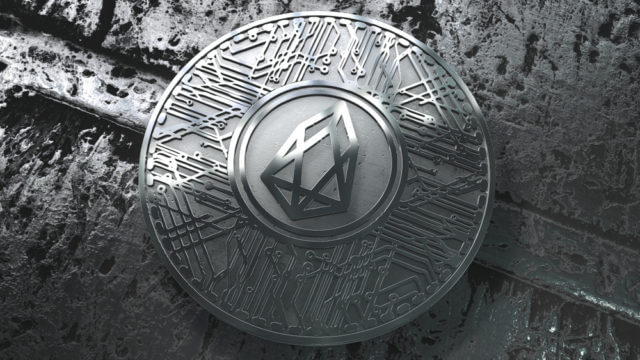 EOS is the native cryptocurrency of the EOS blockchain. EOS blockchain is a decentralized open-source platform built to support the development of decentralized apps (DApps) with core functionalities helping to develop industrial-scale applications.

The EOS blockchain platform was announced its white paper in 2017 by a private company called block.one. The platform came into the market as an open-source platform in June 2018. The EOS is informally called the ‘Ethereum Killer’ in the crypto community. That is because this platform offers almost all the features of the original Ethereum platform but with a lot of improvements. These improvements enable DApp developers to build industrial level applications with ease.

While there are many blockchain platforms in action now, we can say each one has its unique features suitable to different industries in the market. Each platform is developed to overcome the shortcomings of its predecessor. EOS platform has been introduced to improve functionalities offered by Bitcoin and Ethereum platforms. EOS whitepaper says it is possible to run 1000 transactions per second during the initial stages, and later it aims to run a million transactions per second. Thus enabling industrial level applications to be run on the platform without scaling issues. Moreover, the platform has made transaction fees-free, making people choose EOS over other cryptos.

To ensure the native currency of the platform (EOS) is widely available, a billion coins were sold on the Ethereum platform as ERC 20 tokens. The ICO was held for an entire year. 10% of these tokens are reserved for Block.one, the founding company. EOS raised a record amount of $4 billion in its ICO, although the working product wasn’t available in the market then.

There has been a lot of negative talk about EOS, but crypto enthusiasts see high potential in the EOS platform because of the promising features it offers. Applications can be written in any language on EOS, unlike the Ethereum platform, which allows only its native programming language, Solidity. Hence not only crypto enthusiasts but also industry experts believe that the EOS platform is revolutionary due to its scaling and flexibility options.