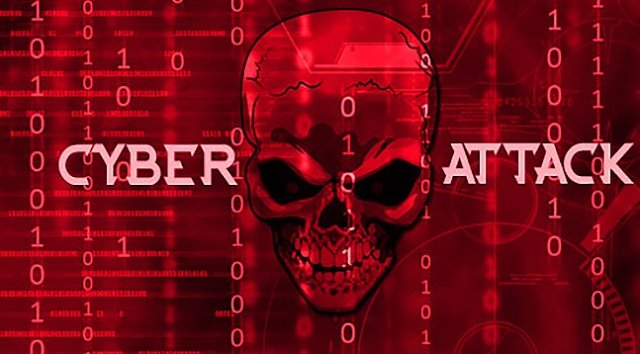 Bitcoin’s underlying technology – blockchain – is hailed as an unrivaled, ultra-secure technology. And it’s true – Bitcoin’s cryptographic encryptions are some of the strongest in contemporary times. However, as is the norm with technology, the reality of ‘bigger and better’ is always looming.

Quantum computers, the super-powerful computers relying on naturally occurring phenomena to perform calculations, are becoming a reality. When Google announced that it had achieved “quantum supremacy” in 2019, the blockchain and crypto universe had legit cause for concern. This is because quantum computing is sufficiently powerful to compute equations spellbindingly quickly. And for this same reason, the very encryption securing Bitcoin and other cryptocurrencies might not be so strong, at least when it comes to quantum computing.

Is the quantum threat real, though, and if so, how immediate is it? And what does the future hold for blockchain in light of the quantum threat? We’ll answer these questions in this article – right after we dig into this quantum phenomenon.

What is Quantum Computing?

A quantum computer is any device that harnesses quantum mechanics to perform tasks. Quantum computers can achieve massive computational speeds because they rely on ‘quantum bits’ (qubits).

The regular computer uses binary units called bits to perform tasks. Bits can only represent one of two possible states at a single time: 0 or 1. However, qubits can represent both 0 and 1 states at the same time. The phenomenon is known as superposition, and it’s what allows quantum computers to perform calculations at ultra-fast rates.

Another state in quantum theory is entanglement – a state in which two members of a pair exist in the same quantum state. When two particles are entangled, a change of state in one prompts a change of state in the other, even if they are far apart from each other in physical space. Nobody knows the cause of this phenomenon, but pairing qubits this way in a quantum machine leads to exponential growth in the machine’s processing power.

Coming back to superposition – it’s an extremely hard state to achieve and just as hard to maintain. It’s an incredibly fragile state – with the slightest vibration or temperature change causing them to fall out of the superposition state. This is known as the ‘decoherence’ phenomenon. When quantum bits are ‘disturbed’ this way, they decay and eventually disappear. When this happens, the task at hand cannot be successfully completed.

To correct this, physicists use a variety of techniques to protect qubits from the outside world – like placing them in extremely cold fridges and vacuum chambers.

A quantum machine’s computational power is determined by the number of quantum bits it can leverage at the same time. The first experiments in the late 1990s yielded two qubits. These days, the most powerful computer can leverage 72 qubits. This computer is currently owned by Google.

Thanks to its superfast calculating speed, quantum computing can redefine entire industries for the better – from healthcare to finance to supply chain to transportation to weather prediction.

Blockchain and cryptocurrencies are not 100% foolproof (cue the many hacking incidents), but they remain one of the most secure technologies in modern times. People trust blockchain because of its revolutionary qualities like immutability, utter transparency, and high security.

But quantum computers are a real threat to the blockchain.

To begin with, blockchain transactions are encrypted with cryptography based on elliptic curve cryptography (ECC). But ECC is not “quantum-proof,” meaning a powerful quantum machine could potentially decrypt a crypto holder’s private keys and forge signatures. With crypto-based on trust – once that trust is broken, it could very well be the end of Bitcoin and other cryptocurrencies.

Right now, scientists are already aware of a possible algorithm that could break down many existing encryption techniques – including elliptic curve signatures. Researchers and mathematicians are already versed with how quantum machines could look like – and they worry about what that could mean for blockchain.

In fact, the general contention is that no one knows the sheer power that quantum computing could herald. It could very well exceed everyone’s expectations and render blockchain technology obsolete.

How Much Quantum Power Would Be Needed to Break Bitcoin?

Speaking to Forbes in October 2019, Dragos Illie, a quantum and encryption researcher at Imperial College London, said it would take at least 1500 qubits to have any effect on Bitcoin and other cryptocurrencies.

Going by achievements in quantum physics, it would take even decades before we can reach that milestone. As previously mentioned, the largest quantum machine has 72 qubits.

What do Researchers Say?

Researchers from the Russian Quantum Centre have noted that one of blockchain’s weaknesses is that it relies on one-way mathematical functions that are easy to run but difficult to run in reverse. These formulas are used to generate digital signatures as well as verify transactions.

A bad actor armed with a quantum device could perform these reverse calculations in a matter of seconds. They could also forge transaction signatures, impersonate crypto holders, and gain access to their wallets. Such an actor could also very easily meddle with the mining process. They could commandeer the public ledger and manipulate records.

The researchers suggested developing countermeasures to this threat immediately. One solution would be replacing the current digital signatures with “quantum-safe” cryptography. This cryptography would conceivably be able to withstand attacks from a powerful quantum machine. Another solution would be based on quantum internet – although that’s decades away. It would entail quantum-based wireless communication architecture that would unlock new possibilities for blockchain technology.

Other quantum researchers – Del Rajan and Matt Viser from Victoria University propose leaping straight to making blockchain a quantum-based system. Their idea envisions a blockchain-based on qubits that are entangled not just in physical space – but also in time itself. They rationalize that it would be difficult for malicious actors to retroactively alter records on the blockchain – as to do this would require destroying the particle altogether. However, this would only be possible after the actualization of a quantum internet.

What Do Practitioners Say?

While researchers propose solutions that are only possible in the far future, there’s a lot of hands-on research in this field that’s already going on. Quantum experts are already developing quantum cryptography to curb the threat of quantum computing on blockchain. However, experts differ on just how immediate the quantum threat is.

For instance, Yaniv Altshuler, founder of predictive analysis Endor Protocol said to Cointelegraph, the crypto website: “Quantum computers are becoming incredibly powerful…but there is no evidence that quantum computing can compromise the blockchain.”

Stewart Allen, CEO at quantum computing firm IonQ, believes that by the time quantum computing becomes powerful enough to pose a danger to the blockchain, security algorithms will have advanced to be able to counter them:

Bitcoin advocate Andreas M. Antonopoulos believes the quantum threat is grossly overstated. In a 2018 YouTube Q&A, Antonopoulos said: “We can migrate quite easily to another algorithm. It’s not really as big a threat as people think it is.”

But other experts believe the quantum threat is real and immediate.

Rakesh Ramachandran, CEO of QBRICS, an enterprise blockchain platform, believes that quantum computing will cause a systemic shift in blockchain tech.

Quantum computing is an exciting technology with the ability to compute equations super-fast – and plenty of industries are poised to benefit greatly from the technology when and if it develops. However, that same technology could be maliciously used to unravel the whole world of blockchain. Thankfully, brilliant researchers are hard at work, figuring out how to protect blockchain and cryptocurrencies from the quantum wave. In essence, there is no big cause of worry.