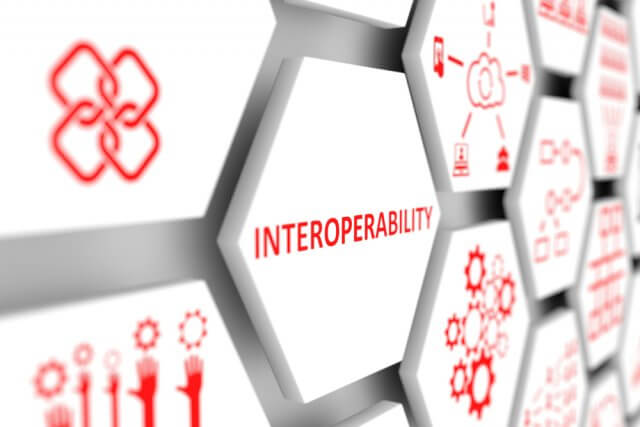 Why do we need interoperability in blockchain?

In today’s world, we use different software, which essentially integrates to provide the resultant output. In the case of varying blockchain platforms are being developed for various purposes. Often in the same industrial space, different platforms are built, and these platforms do not know another platform.

For example, the bitcoin blockchain has no information about Ethereum blockchain. This creates a lot of siloes in the industry. Often new platforms come into picture claiming there more secure, scalable, immutable competing with the rivals. This creates a wastage in terms of resources, money, and energy of different teams.

Why is it crucial for blockchain?

To make mass adoption possible for blockchain technology. Every other platform is competing with each other to increase the scalability of blockchain. The original bitcoin blockchain was capable of sending only seven transactions per second. Later new projects came up and eventually achieved around 40,000 TPS. While Visa, Mastercard achieve approximately 24,000 TPS, but in reality, they need only 1700 TPS as per the real-world stats to be viable even with the ever-present demand.

Hence 40,000 TPS is not essential at all. Instead of concentrating on scalability, it would be better to consider improving the technology as such. Even if scalability is achieved as required in case of no interoperability, one cannot use the blockchain tech wherever needed as we use a MasterCard/visa as they can be used anywhere across the world. Hence interoperability is essential for blockchain for mass adoption.

Let us see some of the examples of platforms which allows the blockchain interoperability below:

Polkadot was developed by Gavin Wood, a co-founder of Ethereum. Polkadot is essentially a multichain or cross-chain technology that allows different blockchain platforms to be plugged into a more extensive system. Technically, Polkadot accomplishes parachains i.e., it will enable the processing of transactions parallelly between different blockchains and relays to the main blockchain through bridges. Polkadot not only transmits transactions between blockchains but also data is transferred. Information is transferred in the form of smart contracts and the abilities that come up with them.

Cosmos is just like Polkadot; it also follows a cross-chain principle. The essential difference between cosmos and Polkadot is that it only concentrates on facilitating transactions between blockchains but not data across them. Cosmos doesn’t require the blockchains to forfeit their consensus algorithm when plugged into the network. It establishes inter blockchain communication (IBC) to establish blockchain interoperability. The IBC serves as a TCP/IP like messaging protocol for blockchains.

Though these startups are at a very early stage of development in their roadmap, we have to wait and watch how it plays out. Blockchain is a niche technology, but many big players are coming into the picture to incorporate blockchain to achieve more success, and the interoperability of blockchain will make that. For any technology to gain momentum, adaptability is essential where interoperability is one thing to be achieved for the mass adaptability.